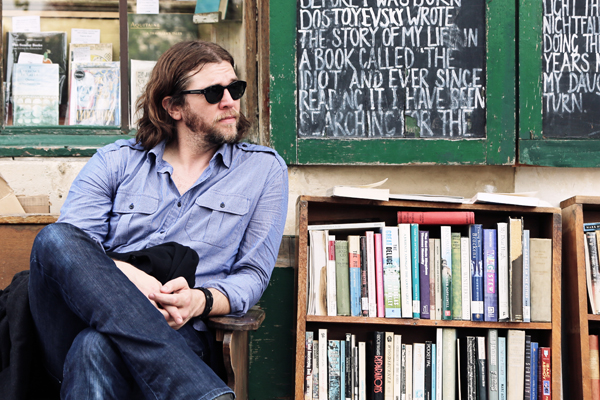 AMBITIONS: I’d like to keep writing, singing, performing and making films.  Ideally, that would entail continuing to expand my audience — moving, provoking, and entertaining by sharing my experiences and stories.   We’re 4 music videos deep on this new album, and I’d love to get one done for every song on there.  (We’ve actually started pre-production on a video for “Crazy Old World.”)

TURN-OFFS: Close mindedness — the day I think I have everything figured out and stop evolving as a person/artist is the day I’m done.  Hatefulness –I’ve found it’s a helluva lot more enriching and rewarding to love rather than hate.

TURN-ONS: I’d say my biggest turn on is getting turned on to new things.  Whether it’s a new singer or songwriter or band or song or album.  Or filmmaker or movie or painter.  Hell, even just getting turned on to a new bar or restaurant.  Or meeting a new person who opens my mind in a new, different way.   There’s a sublimeness to that moment when an unexpected door opens leading to an abundance of awesomeness that had never been on my radar.

DREAM GIG: Living here in Nashville, it’s pretty hard not to say the Ryman, so let’s assume that’s my obligatory answer.  Right behind that, my dream gig would be to stage an epic, arena-style concert in my hometown back in rural Northern California.  True, there’s not an arena anywhere near there, but that’s part of the dream.

FAVORITE LYRIC: It would be very difficult to pick one all-time favorite.  Here’s my favorite I heard today:

That is, nothin’ left that you could sell”

–Bruce Springsteen, “Lost In The Flood”

CRAZIEST PERSON I KNOW: I can’t say that in print!  So how about I just give a shout-out to all the lovely and amazing crazy folks who have enchanted and inspired me over the years.

SONG I WISH I WROTE: “Marie” by Townes Van Zandt.  There’s just something about that song.  It gets me every time I hear it.  Such masterful storytelling.

5 PEOPLE I’D MOST LIKE TO HAVE DINNER WITH: As tempting as it is to pick folks no longer with us, I’ll stick to the living on the off chance one of them happens to read this and is moved to track me down for a dinner date: David Lynch, Tom Waits, Dolly Parton, Neil Young, Louie CK

MY FAVORITE CONCERT EXPERIENCE: One that comes to mind is seeing Opeth do their 20 year anniversary “Chronology” show at the Wiltern Theater in Los Angeles.  I think they only did a few of those special shows in the country.  I lucked out and scored front row center tickets.  I went with two great friends and it was an incredible experience.  They are an amazing live band and to see them perform up close in such a beautiful theater was an absolute treat.

I WROTE THIS SONG:  This song is collection of images taken from my last year in Los Angeles.  I strung them together around a story of this vivacious, yet doomed, girl.  My original version had twice as many verse lyrics!   It was a long, meandering story song.  My producer, Burke Ericson, thought since the song had such a concise, catchy chorus, perhaps it would work better at the standard pop song length.  I whittled it down and, sure enough, I think it became a much better song.  Although, just the other day, I pulled out my original 5 minute demo for that song and it’s actually kinda cool.  We’ve been talking about releasing the original acoustic demos for the songs on the album, so maybe we’ll include that extended version. 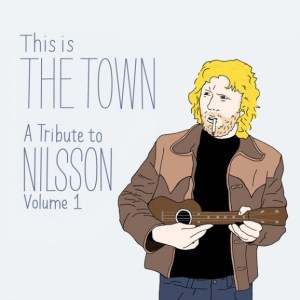 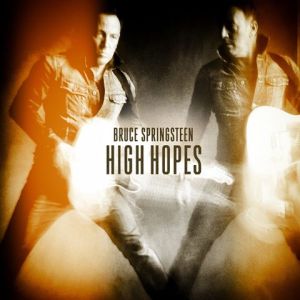