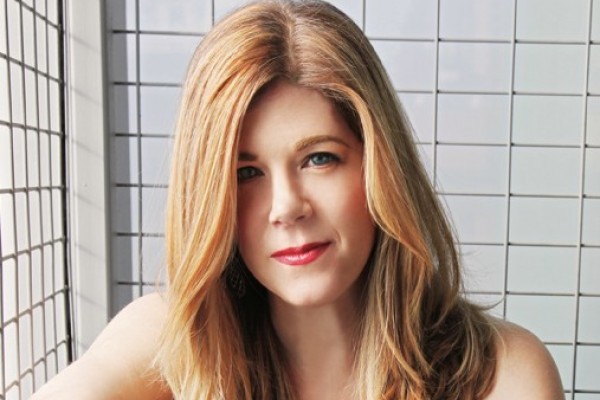 “The love of writing songs is not a challenge,” says Dar Williams, who releases her ninth studio album, In The Time Of Gods, on April 17. “Okay, it’s a pain, but I still love it.” We asked Williams about her new album, the words and rhymes she tends to avoid, and how she got into the songwriting game to begin with.

Shawn Colvin and Larry Campbell guest on this album. What was it like working with them?

Shawn, alas, was a long distance romance, but our email notes back and forth were full of hugs and kisses, and I was thrilled to have her on the record. Not only was I with Larry in the studio, I brought my husband with me. Even the outtakes were gorgeous. Larry said, “I can do one more pass of this if you’d like,” and I was going to say, “No, no, we’ve definitely got it,” but my husband whispered, “Tell him to do it.” He didn’t want it to end. And then Larry pulled out this monster solo and that’s what we used. We felt completely high when we walked out of the studio.

What’s the significance of the album title?

We live in a time of precipitous ups and downs right now. The people on top fall to the bottom, those one the bottom are rising up, we’ve got massive weather events, and throughout it all, we have people railing away about what we have to do (drill more, plant tomatoes, build an ark, etc.). The album’s themes came from Greek mythology, which made room for massive chaos while still exalting the pillars of civilization. That’s how I feel, like we’re the playthings of petty, angry gods, especially the ones that walk the Earth, but that the Parthenon is still standing on the hill, surrounded by olive trees. Perhaps less virgins.

Great question! Both. My career, built on writing songs, and my household, fueled by income from writing songs, keep me busy, which makes it harder to write songs. But I know more than ever what I have to do: find inspiration and find the time to piece ideas together and figure out how to phrase and rhyme some image that’s caught in my mind, like an invisible Zeppelin or a carpet of thorns. Market of horns? Darkness that forms? This all takes time, and that’s the challenge. The love of writing songs is not a challenge. Okay, it’s a pain, but I still love it.

The most surprising one was called “After All”, about my return from clinical depression. I describe depression as “a winter machine that you go through and then, you catch your breath and winter starts again.” It actually helped me to hear how many people could relate to this rock bottom time and then to the footholds and insights that brought me up to safety. I’d quote more of my song, but is that one of those narcissism flags, like referring to yourself in the third person?

My songs were chaotic and scattered. They made perfect sense to me, but there was one boyfriend who recommended that I find an axis, a core, to the song, and that once that was in place, I could let my freak metaphors fly. Then he dumped me, and I spent the next year sitting on my futon, lonely, but following his advice. And that was my breakout CD, as it were, The Honesty Room.

What’s a lyric on In The Time Of Gods you’re especially proud of?

“In our progress and our industry, May we grow better still.” That is simple, but it is the message of the album. We can’t help being a lot of busy bees, but we can wish to be a more harmonious hive. I also spent a long time on the phrase “Silver webs with sanded grain That catch and hold real drops of rain.” It describes the workmanship of a very lonely, awkward tinkerer who finds joy in creating beautiful, delicate things.

There are so many wonderfully descriptive, mellifluous words, like the word mellifluous. I love these words, like bombastic, ambivalent, and sardonic. I have learned to fear the word cup. It only rhymes with up. So look out. Also, not a big fan of the change/rearrange rhyme.

I revise and revise and suddenly, it’s done. It’s done when it doesn’t sound revised.

I wish I knew!! I am very moved by behavior that surprises us, like when I find myself coveting something in a strangely petty way, or when I see a person stand up at a town meeting and make a passionate declaration about solar panels, even though this person has a phobia of public speaking. It can be “good” or “bad. It’s just the absolute value of wanting something.

What’s the last song you wrote?

I’ve been working on a song about these kids I saw jumping from high rocks into a river in northern Vermont. When these kids start having jobs in this economy, they realize that they’re not valued for their bravery (jumping), it’s for their blind faith (jumping). It’s called “Jumping in the Mad River.”

Paul Simon has always been my hero. He hits so hard with a lyric, then gives it more power by using a vernacular phrase, like “These are the days of lasers in the jungle, lasers in the jungle somewhere.” The word somewhere gives me such a sense of the distance between the narrator and what he’s singing about. So brilliant.

What do you consider to be the perfect song (written by somebody else)? 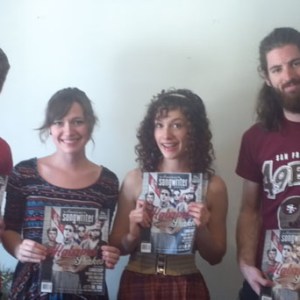 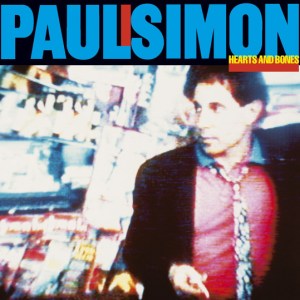