Ever since the arrival of Bob Dylan and The Beatles, pop singers have been writing many of the songs they record.

For many years, country music resisted this trend. Most country artists depended upon a core of highly professional songwriters to provide them with material that would move their careers along. But there were always exceptions, most notably Hank Williams, Merle Haggard and Dolly Parton, and over the past two decades, more and more country singers have followed the lead of their pop counterparts in writing their own songs.

This trend has posed a definite threat to non-performing songwriters, who are left with two options. Either they can restrict their pitching to the few artists left who don’t write their own songs, or they can find ways to co-write with singer/songwriters.

Change is hard to abide. Many non-performing songwriters believe that singers tend to write their own songs out of greed, and they resent it. I was certain that singer-songwriters have a different perspective, and Darius Rucker has a long track record as a pop singer/songwriter, and most recently, a country singer/songwriter. So I brought a cassette recorder over to his manager’s office and Darius offered his perspective. Non-performing songwriters might do well to read and understand.

His viewpoint is bound to be unique. Rucker made his bones as lead singer of the hit pop group Hootie and the Blowfish. After more than 25 million records sold with the Blowfish, Rucker decided to go country. Actually, it was Nashville that reached out to him. Mike Dungan, head of Capitol Records in Nashville, was having dinner with Doc McGhee, Hootie and the Blowfish’s manager. Dungan happened to remark that every time he saw Rucker with the group on television, he couldn’t help thinking that Rucker was a country artist. McGhee told Dungan that Darius had grown up listening to country music. “He’d probably love to make a country record.”

Signing Rucker posed three potential problems. One, there hadn’t been a big-selling black country star since Charley Pride. Two, country radio and country fans tended to be skeptical of pop and rock stars who they perceived were trying to save their careers by moving over to country. This was an ancient problem, one brilliantly and wryly depicted by Bob McDill in his song “Gone Country,” which had been a major hit for Alan Jackson. He says,

Three, and perhaps most restrictive, country has been going through a period in which country record labels, responding to perceived market mandates, were insisting on signing really young-say 18- to 25-year-old solo artists. If you were older and wanted to get a record deal, you were smart to market yourself as part of a group, and that’s exactly what Rucker did not want to do. And Rucker was 42 years old at the time.

Nevertheless, Dungan wanted to sign him and was pleased to learn that Rucker had about 150 country songs that he had already written. But they were mostly traditional country ballads and swing shuffles. Problem was, as a country songwriter, Rucker was too country for today’s country music industry. So, all those patiently crafted songs would have to remain in Darius’s drawer-at least for the time being.

In preparation for his first country album, Rucker started writing new songs, and his co-writers were mostly veteran Nashville tunesmiths. His first single, “Don’t Think I Don’t Think About It,” which he co-wrote with Clay Mills, was a No. 1 smash. As this is being written, his second single, “It Won’t Be Like This For Long,” which he wrote with Chris DuBois and Ashley Gorley, is Top 20 and also appears headed for the top of the charts. Rucker says he feels very much at home.

“I see this migration of my friends who grew up listening to REM and U2 and those pop rock bands that were big; they’re going to country music now. And the reason I find that is right now pop is so beat oriented. And that’s a great thing and I’m not knocking it, and there are people in pop writing great songs, but you can have a great beat in pop music and say almost anything over the top and have a No. 1 hit. ‘Who Let The Dogs Out,’ you know,” he observes.

“You can’t do that in country music. In country music, if you don’t have a song that’s touching that 34-year-old mother of three, then you’re just not gonna have a hit. You look at the Top Ten pop songs and nine of them are r&b or urban oriented, and I love to see the power of the music. But country music is where the song is, and that’s why I think you see so many singer/songwriters going there.

Are you a Darius Rucker fan? If you want to finish reading Michael Kosser’s story about Darius Rucker, then head to our online store to pick up a copy or join American Songwriter today! 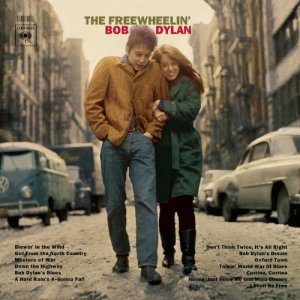