Dark Night of the Soul arrives with a spooky, haunting mystique worthy of “Gloomy Sunday,” the Depression-Era Hungarian ballad that supposedly drove its listeners to suicide. This Danger Mouse (Brian Burton)/Sparklehorse (Mark Linkous) collaboration was supposed to come out last year, but a legal dispute delayed it. Between then and now, Linkous killed himself – as did Vic Chesnutt, one of the project’s many guest vocalists. (However, another guest, James Mercer of the Shins, released his own collaboration with Danger Mouse earlier this year – Broken Bells.) With an intentionally murky, ominous production style that’s part Charles Brown-style drifting blues and part “I Am the Walrus”-style acid-trip psychedelia, Dark Night reaches for the kind of surreal disorienting, beautifully troubling melancholia of a David Lynch film.

No surprise then, that Lynch became involved – shooting companion photos for a book included in the deluxe version of the release, and lending highly processed vocals to the title song and one other. He’s actually an extreme case of the kind of voice favored on this project – naturalistic even if it means straining to hit notes, either full of brooding depth (Iggy Pop on “Pain” and Chesnutt on “Grim Augury”) or sounding distant and muffled as if sung (or whispered) into a megaphone full of fog (Suzanne Vega on “The Man Who Played God”). Meanwhile, all sorts of sounds and noises gurgle below the vocal tracks, like things that go bump in the night. This approach does yield its rewards – Wayne Coyne, on the lyrically glum “Revenge,” balances the murkiness with some of the majestic orchestral sweep and huge drumbeat of a Flaming Lips track. And there is one atypical song so catchy and jangly it’s downright danceable – “Little Girl,” featuring a nonchalantly poppy vocal from Julian Casablancas, is potentially the follow-up to “Crazy” that Danger Mouse’s Gnarls Barkley hasn’t had. Dark Night mostly fits together as an accomplished piece of downbeat concept-rock. The mood can get – to quote Chesnutt’s song – “grim,” but the artfulness shines through. 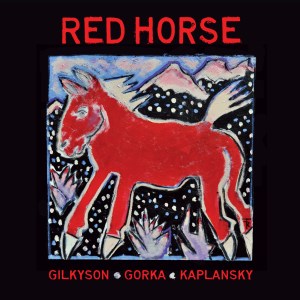 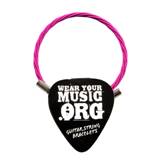