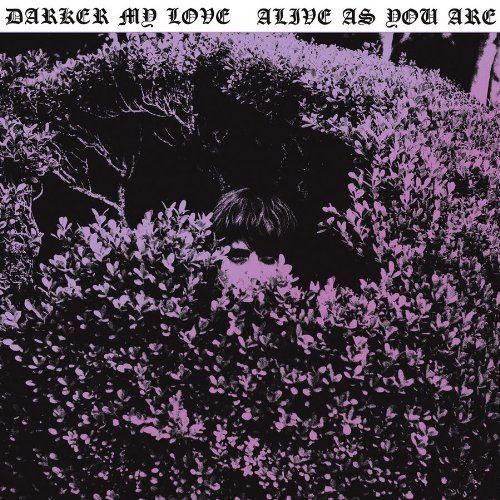 Darker My Love
Alive As You Are
Dangerbird
[Rating: 3.5 stars]
It’s always sort of unnerving to hear about an artist taking on a genre transformation. I mean, you’d definitely throw the flag if your local butcher started making pastries or if J.J. Abrams started making romantic comedies – it’s just not what you have in mind when you’re looking for a premium rib eye or a bombastically audacious action film.

Likewise, when Los Angeles’ dark, grungy, psych-pop outfit Darker My Love say they’re working on a record with a folk/Americana trajectory focused around songwriting instead of rocking out — fans are bound to be suspicious.

However, Alive As You Are is not as confusing as you might think. After you hear it, it’s as if the sound was always there. The bands signature harmonies, previously shuffled behind walls of distortion as decoration, are now clean, clear and pulled to the front as a main feature of the songs. Without sacrificing the band’s nefarious guitar-driven edge, sludgy droning guitars have been melodiously exchanged for a shimmering twang while recent addition Dan Allaire (The Brian Jonestown Massacre) presents a new percussive effort that is sharp and to the point.

Vocalist Tim Presley strives to deliver his most meaningful set of lyrics as he grapples with the troubling loss of his father. Presley seems to maintain a forthright positivity (both musically and lyrically) throughout the album, even at a time in his life that you’d least expect it. Meanwhile, this affirming mindset is balanced out by the blues-rock that truly orients this band, allowing Presley a vehicle of reflection and resolution as he asks, “Is it good to come around?”

Another reason why the alt-country stylizing really works for Darker My Love: their transition finds them merely exploring a different by-product of the blues. Thus, veteran session pedal steel player Joe Goldmark fits cozily in between the Wilco-esque guitar work on the album, and keyboardist Will Canzoneri’s organ serves up a soulful Yo La Tengo-esque dimension to the mix on ditties like “18th Street”. The ever present harmonies will garner The Byrds comparisons by way of Sweetheart of The Rodeo, but their songs play out more like super-american Clientele tunes – likely a welcome change for a group of guys who would probably explode if they ever heard the name Black Rebel Motorcycle Club mentioned in the same sentence with their band again. In the end, Alive As You Are is a polished and impressive effort that heralds DML’s chameleon like musical ability by exemplifying you can in fact teach an old dog new tricks. 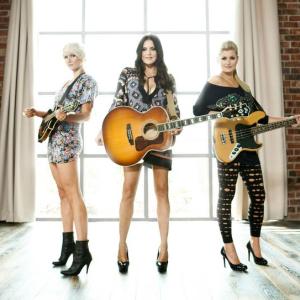