David Bromberg Band’s new album, Big Road (order), includes both an audio CD with a dozen songs and a DVD with five of those songs filmed as they were recorded live without overdubs. The highlight of both discs is Bromberg’s greatest composition, “Diamond Lil,” his reflection on all his friends and fellow travelers who partied too hard and too long and paid too high a price.

Bromberg, now 74, first recorded the song 48 years ago on Demon in Disguise, a Columbia Records release from 1972, a time when his colleagues were still in the process of destroying themselves. On this new version, the lyrics haven’t changed but the perspective has—now the singer is old enough to know who has survived and who hasn’t. The tone now is not one of judgment but of sadness and regret.

“I know you don’t mind getting high, boy,” Bromberg half-sings, half-speaks on the DVD, “but good God, coming down.” The singer, a tall man in well worn jeans, a long-sleeve black shirt and gold-rimmed glasses, feels the organ and horns swell behind him with the chorus’s seductive melody, and he sings, “A man should never gamble more than he can lose.”

“I don’t know if I really believe that line anymore,” Bromberg says over the phone. “There are times when we have to wager everything we have. Several times in my life, I’ve dived off the diving board without knowing if there was water underneath.” When was that? “When I was making a living playing music and I stopped,” he replies, “and also when I started again.”

Between 1972 and 1980, Bromberg had released nine major-label albums, four on Columbia and five on Fantasy. He wasn’t famous or rich, but he had written a song with George Harrison, had recorded with the Grateful Dead, Willie Nelson and Bob Dylan, and had dazzled critics with his mastery of multiple genres: blues, gospel, folk, bluegrass, rock, country. Most of his albums offered examples of them all. But he walked away from that career in 1980. He did the very occasional gig or studio session, but he didn’t become a full-time musician again till 2002.

“I was too stupid to realize the problem was burn-out,” he says now, “because if I had known that, I would have taken six months off rather than 22 years. I’ve learned that I had a lot more control over things than I thought I did. When you first start getting gigs, it’s a rare thing, and it’s precious. You’re afraid if you don’t take any offer, you won’t get asked again. I found out that wasn’t true. So this time I’m careful about how much time I’m spending on the road.”

Bromberg didn’t spend those intervening decades lying on the couch and watching game shows. He worked hard to turn himself into one of the world’s leading experts and collectors of American violins. Even today, the street-level shop below his living quarters in Wilmington, Delaware, is called “David Bromberg and Associates—Fine Violins.” He grew up in the New York suburbs, lived in New York City, northern California and Chicago, and wound up in Wilmington, when he was offered a vacant building there if he would fix it up and join the local arts scene.

“I figured the only way I could help was to start some jam sessions,” he recalls. “I figured I’d do it for a couple months, and then hand it off to someone else. But some people I knew and some people I didn’t came to play with me, and I started enjoying myself too much to stop.”

Like a lot of people, he foolishly thought that you could only find really skilled musicians in New York, Los Angeles, Nashville, Chicago, Austin or New Orleans. He soon discovered, he says, that “there are good musicians everywhere.” From his jam sessions and from his new local contacts, he assembled a new band that he swears is as good as any band he’s ever had. So he took them on the road, and then he took them into the studio.

So for the second time in a quarter century, Bromberg had bet it all on a major change of life. The first bet was walking away from a music career; now the second bet was to walk back into that career at age 56. The first wager had paid off in his thriving violin business.

The second was about to pay off in five studio albums, the last four showcasing his Wilmington band but also featuring such guests as Levon Helm, Los Lobos, Linda Ronstadt, Vince Gill, Bill Payne, John Hiatt and John Sebastian. The latest three have been produced by Larry Campbell, the former music director for Dylan and then for Helm.

“I asked Larry if he would produce a blues album for me,” Bromberg remembers, “and he said, ‘I’d rather do a David Bromberg album with everything but the kitchen sink.’ I didn’t even know he’d listened to those old albums of mine. And that’s when I learned that he had a handle on all the music I like to play, and I don’t find many people like that. The more I work with him, the more I’m astounded by his musicianship. I think Larry hears every instrument in real time.”

Big Road is definitely an everything-but-the-kitchen-sink album. The title track is a 1928 song by Delta bluesman Tommy Johnson. “Who Will the Next Fool Be?” is a 1961 rockabilly blues by Charlie Rich made famous the following year by R&B legend Bobby Blue Bland. “Standing in the Need of Prayer” is hand-clapping, a cappella gospel; Bob Will’s “Maiden’s Prayer” is part of a string-band medley, and Leadbelly’s “Take This Hammer” is accelerated into a folk-rock romp.

The DVD that comes with the new album includes a “mini-documentary” about Bromberg, who explains how he chose the material for the album: “I pick songs that speak to me, that I can feel, there’s no sense in doing what I can’t feel. You just have to pick the right songs. If you write them, they probably have part of you in them already, so you’re alright. If you don’t write them, you have to see yourself in them.”

Bromberg wrote “George, Merle & Conway” as a tribute to his three favorite country singers: Jones, Haggard and Twitty. “As we were driving to a gig in Albany,” Bromberg explains, “we were listening to a George Jones CD, and we started talking about how much we liked some country-music stars. It’s interesting—some people say, ‘I don’t like country music because the lyrics are over the top.’ That’s true, but life is over the top. I started thinking about my favorite country singers, and I wrote it in less than an hour backstage at the Egg in Albany.”

He decided to revisit “Diamond Lil,” because his new band had come up with a live arrangement of the song that needed to be documented. It’s four minutes longer than the original six-and-a-half-minute version. Instead of the usual improvised solo you hear on most roots-music recordings, the arrangement is sparked by two improvised duets: the first between Bromberg and Mark Cosgrove on electric guitars and the second between fiddler Nate Grower and electric bassist Suavek Zaniesienko.

“I had never had two people playing improvised solos together before,” Bromberg marvels. “To pull that off, they have to really listen to each other. During those sections, the creativity is not just the two instruments playing the melody, everybody is improvising around them. Everyone is listening to everyone else; it’s really fascinating.”

At the end of the song, Bromberg sings, “A man should never gamble more than he can lose,” over and over again. And yet he wagered that he would be able to support the spring release of the album with a lot of touring. Then the pandemic hit, and music venues everywhere closed up shop. Nonetheless, Big Road rose to No. 1 on the Billboard Blues Chart.

For the time being, however, he’s stuck at home in Wilmington with a violin business that has dried up with the rest of the economy. But he’s keeping himself busy. He’s digging into his massive record collection in all genres to find songs that might fit his next project. And he’s teaching himself new tricks on the guitar.

“I’m spending some time practicing,” he reports, “which is an important thing to do. I sat down to really learn a technique I’ve known about for 50 years. I met [the Byrds’] Clarence White before he died, and I asked him how he does his cross-picking. He said he doesn’t use the pick for every note; he uses his finger for every third note. I’ve got a tremor in my hand, and if I start to do a rapid, up-and-down motion for picking, it turns into an in-and-out motion, which is no help at all. Clarence’s technique doesn’t require the hand to move so much, so it’s been a big help.” 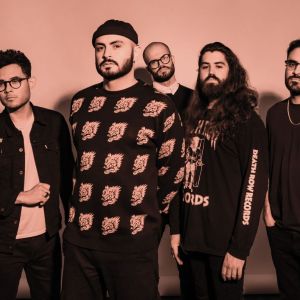 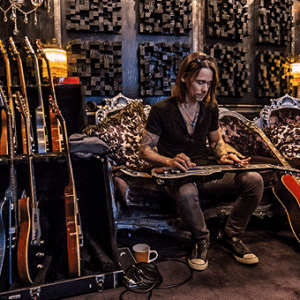