Songwriting is often described as something that comes from within, it’s in-the-moment and inspiration based, but equally as often it’s technical.  Who’s to say you can’t be inspired by a new chord or tuning, right? This was how the inception of Alter Bridge’s ballad “Watch Over You” came to be the bittersweet tune we know today.

“Watch Over You” is an oldie but a goodie from Alter Bridge’s 2007 record Blackbird, from Universal Republic and was produced by Michael ‘Elvis’ Baskette.  “Watch Over You” was co-wrote by Myles Kennedy and bandmate Mark Tremonti.

The song was conceptualized way before it was ever brought to life in a studio.  Kennedy first wrote the bones of the song after experimenting with a new tuning he had learned from his friend Ian Thornley and fellow musician from the group Big Wreck, who Kennedy had toured with in the late nineties.  Kennedy told the story of how the song unraveled on a day he was in Toronto to record a vocal for Big Wreck’s second album and afterwards while jamming at the group’s apartment that night, the infamous open-G tuning was discovered and would live on to inspire the sound in “Watch Over You”.  Thornley had asked Kennedy if he would play something from the new Mayfield Four album to which Kennedy responded by playing “Lila” and Ian had some suggestions, saying “hey why don’t you play that in open-G?”

Later Kennedy recalled that same open-G tuning after a day of unproductive songwriting-something Kennedy wasn’t stoked about and was losing sleep over.  After tossing and turning he immediately rolled out of bed and headed back into his studio and “Watch Over You” is what unfolded.

“The genesis of this song was written back in 2002, I remember I was writing and I was just writing every day and one day I just came up empty,” Kennedy said of the song during his Behind The Mic show for American Songwriter.  “That day was a dry spell and it’s the worst feeling.  I remember I went to bed and it was 2:30 in the morning and I couldn’t go to sleep until something happened and I went back into the studio. I had a 335, which I had just bought at a pawn shop and I had it tuned to open-G, which I hadn’t experimented much with and that’s what came out of it.”

Though Kennedy had the outline and bulk of the song written, it was still missing something and would not be completed until Alter Bridge bandmate Mark Tremonti would add his flair to it. The song Kennedy had wasn’t even brought up for the record until producer Michael Baskette or ‘Elvis’ as they call him, brought up the need for a ballad.

“Mark and I have these sections of songs and ‘do you have a chorus for my verse’ kind of thing, it’s like the Reese’s peanut butter cup of music,” laughed Kennedy.

“The verse and chorus were something I had pre-Alter Bridge and Mark had this bridge,” Kennedy explained. “So, when we were in pre-production for Blackbird, we didn’t have a ballad, so Elvis was like ‘hey does anyone have anything?’ And I brought up that cool bridge concept Mark had for my verse-chorus.  And it was like sonic puzzle pieces.”

The song winds down with a gentle ending that was inspired by a part in a Dan Fogelberg’s “Same Old Lang Syne”.  Kennedy was drawn to that song because of its story about a man who runs into a past lover and the lyrics unveil how the encounter went. The song ended with lyrics “snow turned into rain,” which Kennedy thought was a great way to link the story of love to a seasonal element, which is the exact approach he took when writing the ending to “Watch Over You”.

“Watch Over You” opens up with the line: ‘Leaves are on the ground/Fall has come/Blue skies turning grey/Like my love’ and circles to the perfect closing line: ‘Snow is on the ground/Winters come/You long to hear my voice/But I’m long gone,’ which draws a motif for the lyrics, really presenting the song as one fluid piece.

“The song begins with leaves on the ground,” Kennedy said.  “And the seasons kind of play out through the verses.  It’s like snow and winter bring heartbreak so it’s congruent with the lyrics.” 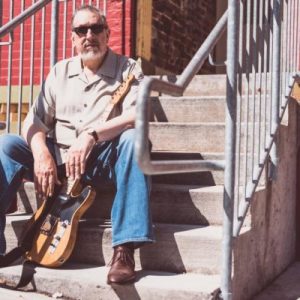 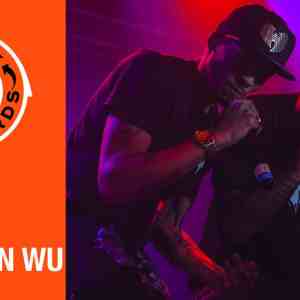