Okay, let’s forget the American Idol connection for a moment and make a conscious effort to listen to David Cook’s sophomore major label release This Loud Morning without prejudice or preconceived notions. After all, Cook wrote and self-produced his indie-debut album Analog Heart before he accidentally became a last minute contestant on the reality talent show. With all biases aside, Cook is an accomplished singer, songwriter, musician, and live performer.

This Loud Morning was recorded in Calabasas, CA and produced by Matt Serletic (Collective Soul, Matchbox Twenty), with six of the twelve tracks mixed at Nashville’s Blackbird studio by Justin Niebank. The album’s theme is loosely weaved around the concept of wanting to escape from overwhelming feelings of hope, love, and heartbreak. This Loud Morning promptly kicks off full of promise with rock-tinged opener “Circadian,” with its dream-like keyboard intro followed by a sequence of heavy piano chords, which slowly builds to a bombastic chorus about wanting to go to sleep and block out the world. “Mayday somebody save me now/And I’m closing my eyes/Because once the sun rises it’s out of my hands” Cook sings with unbridled conviction before eventually fading out with boys choir-like vocal refrains.

Morning has a much more artistic vibe combined with a rawness evident in Cook’s vocal performances not found on his previous Rob Cavallo produced release. This is refreshing considering Serletic’s meticulous production style often results in songs becoming trapped in immense layers of over produced schlock. The album includes balanced amounts of strings, piano, and crunchy guitar, which all suit this more mature sounding. Cook’s more developed lyrics, melodic structures (he co-wrote all 12 tracks), and grittier vocal performances throughout the album abundantly display his overall growth as an artist.

The John Rzeznik co-penned rocker “Right Here with You” is a real winner, as is the mid-tempo “We Believe,” although the latter at times sounds a bit reminiscent of previous hit “Come Back to Me.” However, “We Believe” rocks harder than “Come Back to Me,” and ultimately becomes one of the album’s greater moments. “We believe there’s a reason that we’re all here/that every doubt will disappear/We believe that tomorrow carries something new/And after everything that we’ve been through/We believe,” Cook repeats with optimism throughout the first-rate pop song’s chorus.

The gorgeous ballad “Fade Into Me” has a nice melody, and its sentimental lyrics will surely make it a favorite among Cook’s passionate female fans, but the album’s real knockout ballad is “Take Me As I Am.” This epic ballad, complete with soaring strings, is both emotionally moving and ultra-melodic, and seems the obvious choice for the next single. “Take me as I am/right here where I stand/Open up your arms and let me in/Out here on my own/I know I’m not alone/Let me in your heart right where you stand,” Cook demands, in his best vocal performance to date.

Unfortunately, the album’s second half seems to land in a bit of a quagmire. The bounciness of “The Last Goodbye,” (co-penned by Ryan Tedder) seems to have been a poor choice as the leadoff single, given the fact the album is filled with potential hits. And the easily forgettable “Paper Heart” wins the unflattering designation as the album’s one and only bonafide dud.

However, things do recover with the excellent “4 Letter Word,” which is a standout mid-tempo rock ballad despite its clichéd song title, as is “Goodbye to the Girl.” While the latter regrettably gets diluted down by Serletic’s overblown production, we can only hope future live performances will see it reach its subsequent potential.

This Loud Morning offers an irresistible balance of pop and rock to satisfy existing fans and entice new ones to Cook’s musical camp, especially those oblivious to Cook’s season seven Idol win. The album’s closer “Rapid Eye Movement,” is an ambitious six-minute rock ballad, which ends with the same intro heard in the opening track, making the album sound like an endless musical loop. This technique serves to entice the listener to return to the beginning of the album for repeated spins. While you may be too clever to fall for such a trick, these 12 tracks do indeed seem to get irresistibly better with each repeated listen. 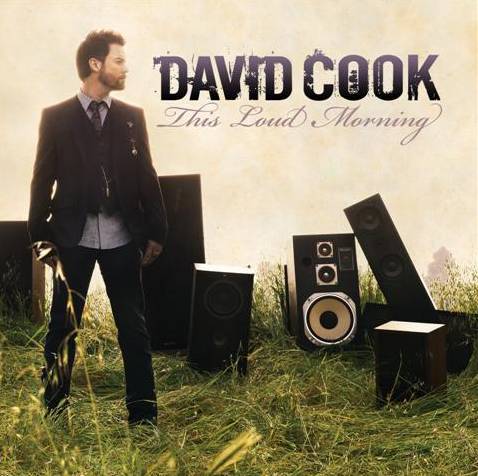 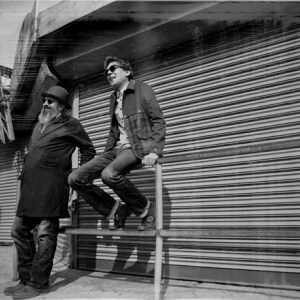