White Ladder, the album that put David Gray on the map, and the one he jokes he almost turned mad while writing, has hit its 20th anniversary. And to commemorate the milestone, the singer/songwriter released a deluxe edition. The double disc, which came out in February, is completely remastered, includes previously unreleased tracks from that era, as well as a booklet of some stories behind the songs. It was also put out on vinyl for the very first time.

“When we talked about rereleasing the record and doing some kind of tour to back it up. I didn’t want it to have even a tinge of a mercenary nature about it. It had to be something genuine and an emotional gift,” says Gray.

Thus, he took his time digging through memories from those past songwriting sessions to provide a glimpse into how his most notorious album was born.

“It came out of this initially tentative set of home recordings that gathered to this pace and built an identity. And suddenly, White Ladder was being made. I wanted the package to represent the full story as much as possible,” he tells American Songwriter.

Gray is supposed to be on the road promoting the release, however, like the rest of us, has been confined to his home in the face of the COVID19 pandemic. And though he’s enjoying time with his family – even, he jokes, his teenage kids — he’s also become filled with the urge to hop into a new musical project.

“When you start again after an album cycle and you go back to the drawing board, there are often a few ideas hanging around from last time. But then they somehow feel part of a different era and you realize you’ve moved forward. You want to start again from nothing,” he says. And this is the place that Gray says he’s in at the moment.

For Gray, the beginning of any album involves working himself into the right headspace. “You’re a bit scared, really,” he admits, noting that his initial thoughts always start with “is something still gonna happen? Will an idea come that really means something to me and is going to resonate for other people too?”

From there, he strives to find something that surprises him. Maybe it’s something that sounds or feels like a song that he’s written before. And as he starts to write, he’ll eventually find a landscape that he’s moving into.

“Then you get a sense of the color and the shape and the sound, perhaps, of what it is you’re trying to do,” he explains.

Part of this involves going through old ideas, which he’s jotted down in between album cycles. He’s constantly taking notes, whether in the middle of a soundcheck, reading something he finds inspiring, or while going about his daily life. Then, when it’s time, Gray will go through this content, which he stores on his phone.

He writes what he refers to as “the highlights” of these notes into a notebook and most of them, he admits, “lead absolutely no where.”

“But sometimes they’re the seed of a new idea,” he says, revealing that there do tend to be recurrent things that can become the start of something. “At the moment, reaper imagery just keeps recurring and so I’m starting there.”

The process, he says, is a bit like falling in love. “You have to be wide open and that’s a scary thing to do,” he proclaims.

Right now he’s experimenting with a new Korg drum machine and getting his ideas out as swiftly as he can. “The faster I can write, the happier I am. It just keeps you ahead of that wave of consciousness where you start doing value judgment on things,” Gray explains.

Organized thoughts are not what he’s aiming for in these moments, as he much prefers “the psychobabble” – something that surprises him that he doesn’t quite understand, yet is intriguing enough to want to explore.

Right now, Gray is experimenting with transposing a poem by Alice Oswald called “Song of a Stone” into a song. “With all the coronavirus craziness around, I just basically lost myself in this spell, just trying to find melodies within the poem when adapting the poem and changing it a little so it flows better as a piece of music,” he says.

He’s also currently toying around with springing off from an opening that he’s crafted for another tune: “I don’t know what I’d call the thing I’m writing at the moment but the first line is ‘a line becomes a river,’” he reveals.

While this process could take several years to complete, Gray says new music is most definitely on the way. He has a previous album that is pretty much ready to go, which he was planning to drop sometime after his tour wrapped. “It’s like an old school live recording with six people singing together around the piano or a guitar and a few overdubs. All it needs is the final overdubbing and mixing,” he explains. And now he’s fully off on the journey of seeing what his new direction is. So he may have two albums on his hands, sooner than he thought.

Going forward Gray hopes to transition into shorter bursts of touring in order to allow himself the ability to keep the creative process uninterrupted. “I’d like to really be in this position where I don’t stop writing. I’d like to just keep the momentum of that going indefinitely and see where I can get to,” he says. And while his latest stuff won’t reach full album status for some time, there might be a few songs that see the light sooner than later.

“If I can pull a few things together in my home studio, I might put them up, long before they’re due to be released as an album — just to keep people moving along,” Gray concludes. 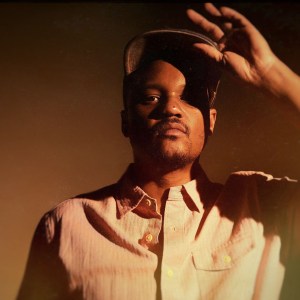 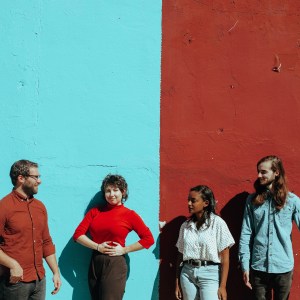