When a band releases music that touches on intimate truths or, expresses a depth of emotion about an experience that’s makes the players seem vulnerable, it’s all too common for these choices to receive recognition and praise. There’s always an implicit sense of honor and bravery in allowing something that contains private details or a particularly severe emotional display, to be publicly witnessed.

It’s because of this long standing practice that a bit of irony comes in tow behind the new single, “Twenty Five,” from New York City, NY jangle pop band, Forever Honey. This song is the second track leading up to Forever Honey’s debut EP, Pre-Mortem High (due out April 24, 2020).

“Twenty Five” doesn’t come brandishing vocals heavy with grief or anger. Nor does it speak of any unimaginable tragedy or anecdote of an incredibly confidential nature. Yet, its narrative focal point – reflecting on the flow of time and the inevitable realities of change through aging – is in its own way, a topic that’s plenty hushed, especially in the music and entertainment industries at large.

“Twenty-Five” was a playful take on that first moment you realize you are becoming your parents,” says lead vocalist and songwriter, Liv Price.

“When I first moved to New York, I went without a mirror in my apartment for like 8 months. It was the first time in a while I didn’t have constant access or the ability to obsessively finesse [or] fixate on my appearance. I went home to visit my parents (where mirrors exist,) and one day I caught view of my full body. I was taken aback – it was like I didn’t recognize myself at first. I observed widened hips, broadened shoulders, cellulite, a softer frame, new moles, grey hairs. None of it was bad in any way, but it simply was not the body I remembered seeing last I looked at myself. Instead, it was the body I grew up seeing on my mom, and that was the first time I’d seen it on me – a mature, conventionally ‘womanly’ form that seems to nurture years of experience,” Price says.

Thus, why the irony? Such secrecy, and any courage granted to Price, for embracing unadorned truths and her own personal reflections about getting older and growing into oneself, shouldn’t be deemed shocking. After all, time and aging knows know prejudice. The very universality of “Twenty Five’s” lyrical core, paired with Forever Honey’s sprightly but assertive take on jangle pop (Think the singable melodies but surefooted rhythms and solid bass of Haim), should give “Twenty Five” twice as much easy to approach, and easy to enjoy, appeal. That’s not to say Price isn’t going out on a lyrical limb or that the Forever Honey deserves no credit for running with that choice. It’s merely observing that the factor of uniqueness perhaps shouldn’t be treated as such a taboo.

Clearly Forever Honey agree wholeheartedly with this idea of unapologetically growing older and not just through the music. While the song’s liveliness comes from a steady snare beat and moderately paced, evenly chugging rhythm guitar, the video counterpart matches that unwavering energy with visuals also embodying Price’s sentiment. The setting is brightly colored but softly hued – balancing vibrance with a degree of reserved grace, just as one might think of an older adult who isn’t afraid to have fun but does so with aplomb that’s only gained over time.

“Because the song was essentially written about my mom, I really wanted her to be a major part of the video,” says Price. “She’s an extremely creative and charismatic woman who has always inspired me to be authentic. My aunt, who is another source of strength and humor in my life, is also featured at the very end of the video.”

The added touch of Price casting her mother and aunt in the video then gives it a dimension of art-meets-reality that in the end, grants “Twenty Five” that classic round of applause for honesty. The difference though, is that particular element of real-life truth isn’t the engine for the song’s story – it’s more a welcome bonus of earnestness

“The underlying narrative of the video is about an older woman who is trying to find solace and identity in being alone,” says Price. “ All in all, I wanted the song and the video to highlight something that is still rarely mentioned and beautified in pop culture – and ESPECIALLY in rock music: women aging.” 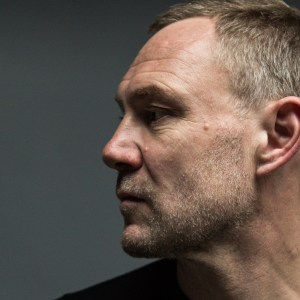 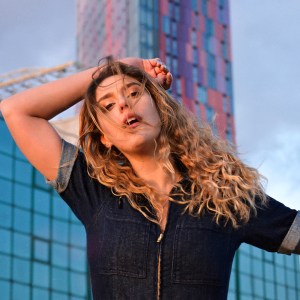