It’s always a mystery why a person responds to one kind of music more than another. Often it’s a result of the time and place that someone went through during their teens and 20s, but some people just have a psychological affinity for certain sounds and styles.

David Grisman, for example, grew up on the early rock and roll of the mid-’50s and the folk revival of the early ‘60s like many of his fellow baby boomers. He liked it all, but nothing knocked him out the way bluegrass did when he discovered it hiding in a corner of the folk-music boom.

Whenever he could during his college years, Grisman would travel south to seek out bluegrass musicians at the early festivals in Virginia and at the outdoor country-music parks in Maryland and Pennsylvania. Something about the link to a pre-industrial America fascinated him, and something about the sound of hollow, wooden, stringed instruments resonated with him. He picked up the mandolin, because it was Bill Monroe’s instrument, and devoted himself to mastering it.

“Bluegrass is where I studied mandolin,” Grisman told me in 1996, “but I wasn’t formally taught; I’d just seek out mandolin players and bother them. Ralph Rinzler and Frank Wakefield helped me out a lot. But it got frustrating because all I could think of doing was imitate Bill Monroe; I didn’t see any way to improve on that. After four years of studying all the bluegrass mandolin players, I noticed they all wrote original mandolin tunes.

“So I started doing that, and I found out I had a knack for it. But I had no outlet for it. In a bluegrass band, a mandolin player is lucky to have one tune per show. As I got pretty proficient on mandolin, I’d get hired to do jingles or sessions that had nothing to do with bluegrass, and it began to dawn on me that you could play other kinds of music on the instrument. I’d always seen the mandolin as a way to play melodies. I was always interested in playing music outside bluegrass, and now I saw no obstacle to doing it.”

That epiphany was perhaps Grisman’s greatest contribution to American music. He proved that not only could a Jewish kid from Hackensack, New Jersey play convincing bluegrass mandolin, but he could also apply the sound and spirit of that playing to other genres. He realized that one’s initial musical enthusiasm could be a doorway rather than an alcove. At one point he got really interested in jazz, whose virtuoso soloing was not so different than bluegrass, and he bought an alto sax. But then he recognized he didn’t need a saxophone; he could play jazz on mandolin, even though the precedents were few and obscure.

Grisman grasped that the arresting melodies and unusual chord changes of his original compositions (the reason he’s being featured in a songwriter magazine) were his strongest suit. To pull them off, he would need at least one other musician to play rhythm while Grisman was playing the tune — or to play the melody while Grisman was playing chords. The obvious choice would be an acoustic guitar, but why not a second mandolin?

So the first David Grisman Quintet featured the leader with his best mandolin student Todd Phillips, a young fiddler/mandolinist named Darol Anger, upright bassist Bill Amatneek and guitar prodigy Tony Rice who left bluegrass master J.D. Crowe’s band to just join Grisman’s. The next question was: Should they have a singer?

“I never felt I had much of a voice,” Grisman says, “but I did enjoy playing the mandolin and writing tunes. Also, I believe that if a band has a good singer and is successful, it’s really the singer’s band. Frank Sinatra started as the ‘boy singer’ for Tommy Dorsey’s band, and who remembers Dorsey now? I guess I just like doing my own thing.”

So Grisman devoted his string band to all-instrumental music in a variety of styles. He called it all “Dawg Music” after the nickname he was given in 1964 by his pal Jerry Garcia. The DGQ has been the main vehicle for Grisman’s music ever since, but he has added the David Grisman Bluegrass Band, where he can revisit his first musical love.

Grisman has emphasized instrumental music in an era dominated by vocals. He has pioneered the use of the mandolin on jazz, Latin and world-music tunes. He has maintained many different performing vehicles when conventional wisdom stresses the importance of branding. He has kept his own record company, Acoustic Discs, alive in a difficult period for independent labels.

“I’ve always been a non-conformist,” Grisman explained in 1996. “Just taking up the mandolin was non-conformist, and so was having a band led by a mandolin. Plus it allows you to corner the market, by doing something so obscure that no one else even wants to do it. If I had become a guitarist or a pianist, no one would have noticed.” 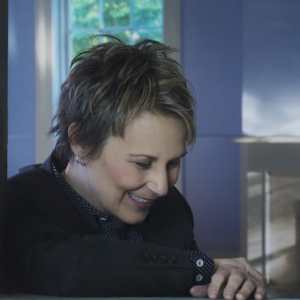 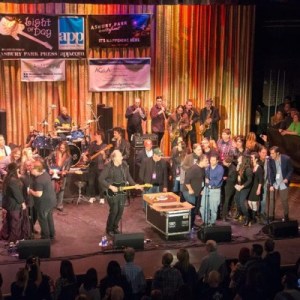