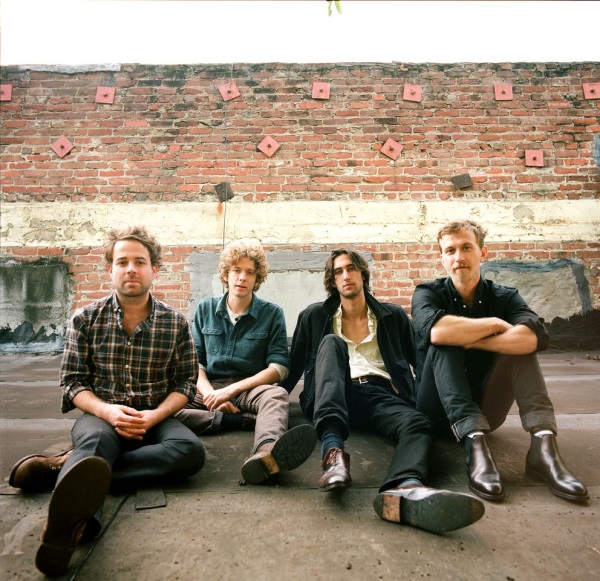 Their first record, North Hills, came out in 2009 on ATO, and the band embarked on a tour with Delta Spirit – a trend which took them through 2011, opening for other artists like Blitzen Trapper. The payoff began to roll in: two months as VH1’s “You Ought Know” artist, festival dates and an occasional gig playing as Robbie Robertson’s live band (they were also featured on his record How To Become Clairvoyant). By the time the band released Nothing Is Wrong in 2011, they had amassed both critical praise and a storied following including John Fogerty and Jackson Browne, who tapped them for his Newport Folk Festival set the following year. But their rapid growth and plethora of new opportunities brought some detractors, too – beginning when Dawes licensed the song “When My Time Comes” to Chevy for a campaign for the Silverado, and continuing when they made a cameo on NBC’s Parenthood (for the record, they have zero plans to act, whatsoever).

“That’s when the hate started pouring in,” says Griffin. “People are so willing to write you off.

“We all live very modestly, paycheck to paycheck,” adds Taylor. “We just want this to be sustainable. And if we do a Chevy commercial, which puts us in the same category as Bob Seeger and ‘Like a Rock’ then great. I think negative criticism in general has become so extreme.”

Adds Tay, “People are like, oh wait, I’m not cool because a band I like has a song on this show…”

Then, nearly as if on cue, a young woman – early 20’s maybe, walks up to the table. She’s almost shaking.

The boys smile and thank her. Tay turns to me: “I paid her,” he says, without missing a beat.

“If we went back on tour with Dawes, we’d have to open for them,” says Deer Tick’s John McCauley on their escalating rise. “They are an extremely tight group of talented people.”

Dawes arrived to Asheville with most of the songs for Stories Don’t End fairly completed, but it wasn’t exactly an easy road. After a prolific couple of years writing songs for Dawes’ two records as well as Middle Brother, his side project with McCauley and Delta Spirit’s Matt Vasquez, he was coming up a little dry. “Once we finished [Nothing Is Wrong] I sort of got a little comfortable, and I kept living in those songs and trying to figure out what was the best thing for them,” Taylor says. “And all of the sudden ten months has gone by and I thought, oh my god, I haven’t written a song.”

He had been living “up on a mountain in Glendale” with Griffin when he decided to move out to the Malibu guesthouse, and that’s when the songs started coming (when I suggest he names the new record The Guesthouse, he politely laughs). He noticed that each work seemed to inform the next in a way it hadn’t on previous records – but still keeping in the linear, story-based pattern he’d become known for. In many ways, he practices a long-lost form of songwriting, which has now been replaced with a modern penchant for more obscure, atmospheric lyrics. Though sometimes this approach can make people uncomfortable: take “A Little Bit of Everything” off of Nothing Is Wrong, which includes the line “so pile on those mashed potatoes/And an extra chicken wing/I’m having a little bit of everything.”

“Maybe it does get a little dramatic or go a little too far,” Taylor says. “And with the chicken wing, maybe the language does get a little bit ugly. But I’m not going to change what I do. I actually started that song thinking I wanted to rhyme ‘chicken wing’ with ‘everything.’ For that to be something that someone rejects, well, that’s what inspired me about it. Everyone gets off on what they get off on.”

We finish breakfast, and I walk over to the studio with Wylie and Tay – Taylor drove, so he and Griffin take his car. We stop briefly so Tay can duck into a head shop and buy some smokes – tobacco is the last of his addictions, after some rough bouts with drugs and alcohol in his earlier years. Now he mostly cooks at home and does yoga. “Blowing lines and drinking whisky until four a.m. is not something that is enticing to me anymore,” he says. “I’ve been sober for three years, and that has been a huge part of my life.”

I ask if they ever think about moving out of Los Angeles. “I definitely like places like this,” Wylie says, looking up towards the mountains with his hands in his pockets. “But I think I need the industrial city vibe. It would be cool to have a place in New York.”

“Yeah,” Tay says. “Being from the East Coast, I miss the seasons.” He’s the only one not born in California, and grew up mostly in upstate New York and New Jersey, studying jazz at the New School in New York City.

“And, here it ‘tis,” says Tay, motioning us into the side door of the Echo Mountain recording studio, where they have been working for the past five weeks. The place – which has played host to everyone from Smashing Pumpkins to Avett Brothers to Flogging Molly – is housed in an old church in downtown Asheville, a short walk from the Early Girl Eatery. When we get there, Taylor is standing in the small control room, a guitar strapped to body (with a custom leather strap made by Jonny Fritz), not plugged into anything in particular. Wylie walks me through the recording space, where we have to step over instruments scattered all across the cavernous room, which is somewhat dark save for the filtered light that beams in through the stained glass windows, one of which is of a giant Jesus.

“You know, just Jesus watching over us here,” Wylie jokes, showing me to a stool. Griffin offers me a cup of coffee, a polite act so disarming for a band in the midst of the recording process that I, somewhat flustered, reject, and immediately regret after I realize it’s so cold in there that the strands of my hair feel chilled to the touch. 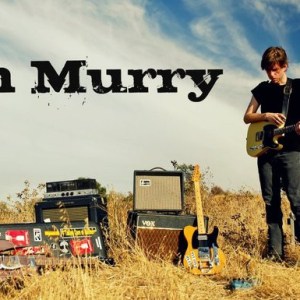 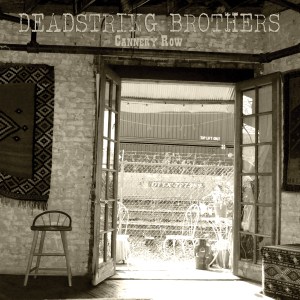