Elijah Blue Allman and his group Deadsy concluded what would be the first phase of their career in 2006 with industrial, electronic, synth heavy records like Phantasmagore. But when listening back to the songs over a decade later, Allman realized he hated the way it sounded.

“We always hated how the master sounded,” Allman told American Songwriter. “Back then and early on, the mastering style was just everyone slamming the left and right. That’s just what every engineer was doing and so I think it was just always a little bit hot.”

With a steep advancement in mixing and studio technology since the original release of Phatasmagore, and the band regrouping for their new album Subterfugue, Phantasmagore got restored. The remaster also offered a rejuvenation of the new material after a nearly 15-year hiatus. Remastering the original 2-inch tapes to digital formats was a task rendered to famed rock engineer Howie Weinberg. Weinberg worked on Deadsy’s previous releases when they were signed to Sire in the nineties, as well as other rock classics like Nirvana’s Nevermind and countless records by Metallica, Aerosmith and Motorhead.

“We really mastered it right this time with my longtime bud, Howie Weinberg. He is phenomenal,” Allman said. “The record, not only because of time, came out with a new sort of perspective for me. The mastering was a totally a different experience.”

Phantasmagore produced synth-laced love metal before that was even a thing, with songs like the album opener, “Razor Love”, and the single “Better Than You Know.”

“Some things I went in and kind of fiddled with a little bit and that helped some songs feel like they we’re totally given new life by just a really simple tweak,” Allman said about the remaster.

With simple adjustments also came completely new songs, like the bonus track “Friends,” a song Allman describes as sentimental and not normal for the group. It served as something exclusive to the remaster for listeners. Of all the songs on the remaster, Allman was most excited for the revamp of “Better Than You Know,” which the band is also currently working on a video for.

“The track is definitely a standout one,” Allman said about the song. “And there’s not a lot of filler songs on the record.”

Little to no filler songs is also Allman’s aim for the track list on Subterfugue. And it all starts with Deadsy really picking up where they left off in 2006 with Phantasmagore. The group’s 2007 pause was more a hiatus and less of a breakup.  The new material in the wake of the reunion will be classic industrial, electronic Deadsy, but bigger.  The spontaneous journey of trailing off into whatever genre inspires them at any given second will continue to fuel the new music going forth, as it always has.

“The way we look at it is we just sort of never broke up. We just put it to bed, sort of sleep hibernation or cryo,” Allman said about the hiatus. “But in terms of just how we are doing different music—I think it’s different, but the same. It’s the same feel but further down the trail. I like to just sort of expand on what we already do. I like the identifiable list of keeping to a certain formula. But we are always willfully trying to venture into whatever thing I think of within seven seconds.”

Remastering Phantasmagore serves as a soft reintroduction to Deadsy while also basking in its first ever launch onto DSPs (Digital Service Provider) and a vinyl reissue. It also reminds listeners what they loved about the Deadsy sound before diving into new material coming on Subterfugue this year, which Allman says will probably be on the latter end, due to the uncertainty that 2020 has built into all industries, especially music. But the hold on Subterfugue is more so because Allman wants to do 2021, the Deadsy reunion and their fans justice with the new material.  They want to do it right, but they also aren’t afraid of what 2021 could potentially serve up. They want to tackle it head on with their music—even if it is just a small mark they make.

“I feel like music is always kind of in trouble,” Allman said. “It’s always creating a need for someone to say ‘wow! fuck it.’ So even if it’s just me, I’m going to fucking do something about it.”

The remastered Phantasmagore is out everywhere now, follow Deadsy here for updates on new music and Subterfugue. 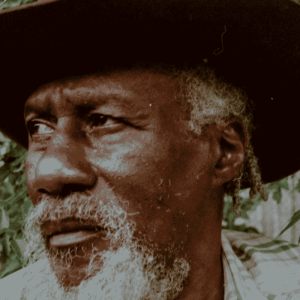 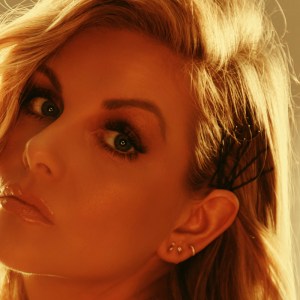