Twenty years ago, Death From Above 1979 or ‘DFA’ carved out a new genre in their Toronto scene, blending noise-rock, indie, and psychedelic music from an experimental and improvisational lens. Now, not only are they comfortable in the once new genre but leading it and looking to no one else but each other for influence.

DFA’s fourth  LP Is 4 Lovers, out March 26, expands on the impenetrable and innovative spark between longtime friends and collaborators Sebastien Grainger and Jesse F. Keeler, who have remained the sole members in DFA since its conception and have written, and performed every guitar riff, lyric, programmed synth and everything in between.

“We’re at a point with our band where we can be self-referential and we can be influenced by the band,” Grainger told American Songwriter. “And not that I was listening to our old records or anything, but really just going on instinct. That’s how we wrote the music and that’s how I wrote the words. We were just chasing what sounded good coming out of the speakers.

“We made the whole thing ourselves are recorded together for five weeks,” Grainger adds about the new album. “And I wrote, engineered and mixed for eight or nine months. Jesse mastered the record and he asked me if I had any references or things that I was listening to that could kind of match the vibe. And I had no suggestions because I wasn’t listening to anything really.”

In the early days of DFA, when they were releasing a fuzz-tinged EP like Heads Up and their debut LP You’re a Woman, I’m a Machine, the duo spent a lot of time defending their sound and experimental nature, because it didn’t fit into any one cookie cutter style of music, and people couldn’t peg it. But that was the point. And it in turn inspired other artists to do the same, whatever that was.  DFA was just painting a picture until they felt like it was filled in. And the nature of their two-member dynamic was a necessity not a preconceived notion.

“It’s interesting to think of doing something that would be considered experimental and then having that be something that someone else would try to do,” Grainger said, “Rather than doing the act of experimenting and finding a new thing.”

“I think that the idea of deciding like what is enough is a big part of the way Sebastian I sync up pretty well,” Keeler adds. “This was more born out of just necessity and just working with whatever we had.  And deciding what was enough. You know, I remember the first time we went to the Warhol museum and standing really close to a big painting, pretty much right up against it and I could see all these pencil lines. So he’d actually drawn the whole thing out. But he just painted parts of it. And it’s just like that- at some point in the art he made that decision of ‘ok there’s enough, this is done now, there’s enough paint on the canvas.’”

The innate dynamic between Keeler and Grainger took 20 years to foster and now is to a point where they don’t need to have the same conversations anymore. It’s a kind of creative telepathy they have tapped into for the new record.  Nor do they have to defend what they are doing anymore, since others have followed, and they have become more pioneers than visionaries.

“In the beginning when our band started, we had to defend the experiment, which we thought was actually the poppiest thing either one of us had ever done,” Grainger said. “We’d play shows and people would come side stage and go ‘hey man you guys looking for a couple of guitar players?’ No one had really seen a band like ours.  But now, it’s not so unusual. And other bands can come, and they can take from the palette we’ve created, and no one will question it anymore.”

With a cemented dynamic between the two, they still find new ways to inspire and challenge each other, which comes from the trust and uniqueness in one to the other.  “Love Letter,” from Is 4 Lovers, was an instance when Grainger was pushed beyond his own boundaries as a vocalist to match the concept Keeler had created musically.

Though each Keeler and Grainger have their preferred instruments and tasks they have overseen consistently over the years, they aren’t afraid to mix up that approach either. “Mean Street” was a song that Keeler had originally written on his daughter’s guitar then transposed to piano. It was a song he really wanted to see fleshed out with DFA.  Prepared to play piano on the song he actually ended up playing drums, further demonstrating DFA’s monumental adaptability and experimental nature.

“I had that piano chord bit for a while, and then I sent it to Sebastian and he liked it,” Keeler said. “He wrote the bass part and created a song out of it. And when we got together to actually record the song, I got him to play the piano, and he got me to play the drums. There’s just a thing in each of us when we’re making something, we’re thinking about what each other likes. We’re kind of writing to each other.”

Among the B-side songs is the single “One + One,” a love song Sebastien had written about his wife when she was pregnant. The charming song elevated the album, offering a pop sensibility with heavy percussion and a living room dance around feel. Latent with ballads, pop singles and noise rock, Is 4 Lovers can’t be defined as any singular style, because it’s everything. And that is exactly what has granted DFA its longevity for 20 years.  Their music reflects so much, leaving nothing unexposed.

“There’s so much music these days,” Grainger said. “And I know some of it’s not for me. But I can barely judge it. It’s like a movie that has too much CGI, you know, like a superhero movie. I can’t even look at them, to me they look like screensavers, and I fall asleep after the second car’s exploded. It’s so inhuman to me.

“I think naturally, people want to hear something that sounds like them—a creature on earth. I don’t think they want music to sound like an algorithm or like it was selected for them by some weird emerging technology,” he adds. “And this record is the opposite of that. It’s really two people expressing instinct and then being satisfied and happy when it just fucking sounds good.”

Check out Is 4 Lovers March 26 and pre-save it here. 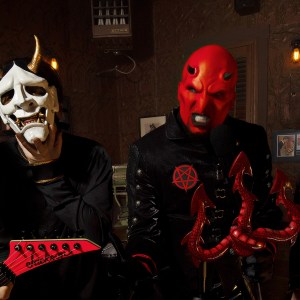 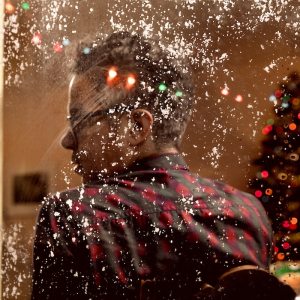