Initially written for Pearl Jam’s 1991 debut Ten, “Yellow Ledbetter” ended up as an album outtake and was instead released as a B-Side to “Jeremy” in 1992. Written by Pearl Jam singer Eddie Vedder along with bassist Jeff Ament and guitarist Mike McCready, though the song never made Ten, it has remained a fan favorite and a staple in the band’s setlist 30 years on.

“I think that was the second thing Ed and I wrote together,” said McCready. “It came out of a jam in the studio and Ed didn’t really have any lyrics. He came up with some ideas right there on the spot, and that’s what we recorded.”

McCready added, “For some reason, it didn’t make it on ‘Ten.’ I was kind of bummed at the time. I really wanted it to be on our first record. But at the time, I was really young and just happy to be around this situation, so I did whatever.”

The Initial Meaning Behind “Yellow Ledbetter”

Vedder has admitted that the lyrics and meaning of “Yellow Ledbetter” changed for him over time, but when it was written—during the Gulf War and the presidency of  George H.W Bush—there was one story he had in mind, which he shared in full during a Pearl Jam concert in Newark, NJ Aug. 7, 2008.

“After all this time are you telling me there are words to that song,” joked Vedder during the show about the indistinguishable lyrics to the track. “This is new information. I’m trying to accept it. There’s something about ‘they don’t wave… they’re sitting on the front porch, and they don’t wave.”

He went on to explain the initial story behind the lyrics of “Yellow Ledbetter”:

“It was written around the Gulf War—this was “Papa Bush,” and it’s about a guy whose brother went to fight in the Gulf War. He was kind of an alternative-looking kid, like we were with our shorts and tights and long hair, whatever we have going on… activists and artists like many of the young people in Seattle, and smart people. We’re all drug addicts. So it’s a story about his brother being killed over there, and then he gets a yellow letter in the mail. So he tries to walk this off in this little suburban neighborhood. He’s walking it off and his mind is racing and he doesn’t know what to do. He feels like he can’t take a step without falling into some deep abyss. And so he’s walking and walking and he sees a couple on a porch with an American flag. And then he waves to them like ‘my brother,’ and the people look at him like ‘you fucking scumbag,’ like ‘who are you.’ They don’t know. They don’t know the inside. They’re just judging him by his cover. So that’s what the thought was.”

On a weekend wanna wish it all away
And they called and I said that I want what I said
And then I call out again
And the reason oughtta leave her calm, I know
I said I don’t know whether I’m the boxer or the bag

Oh yeah, can you see them
Out on the porch
Yeah but they don’t wave
I see them
‘Round the front way, yeah
And I know and I know I don’t want to stay
Make me cry

Try saying the tongue twister “yellow better, red better,” and after a few tries, the words start sounding like “Yellow Ledbetter,” which can be tied to the song’s lyrics since Vedder sings it nearly unintelligibly. “Ledbetter” may have also been derived in honor of an old Chicago friend of Vedder’s—Tim Ledbetter.

In 2004, a snippet of “Yellow Ledbetter” played during the series finale episode of Friends, titled “The Last One,” where Jennifer Aniston’s character Rachel was about to board a plane to Paris and Ross finally confesses his love for her.

Though never released as a single, the song still found some traction and even peaked at No. 21 on Mainstream Rock Tracks chart. The song has continued to appear on Pearl Jam releases throughout the years. In 1993, a live version of ”Yellow Ledbetter” also appeared as a B-Side again to Vs. track “Daughter.”

To date, Pearl Jam continues to play “Yellow Ledbetter” live, often as an encore, with the audience singing along. 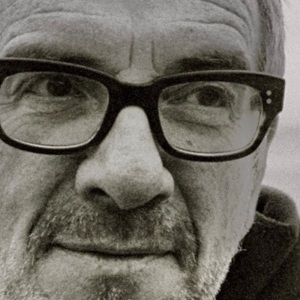 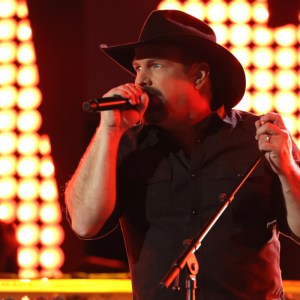