Founded in 1971 in Los Angeles, Steely Dan was an American rock band with one of the weirdest band names. But there’s a good reason for that.

The core of the group comprised guitarist Walter Becker and lead singer and keyboardist Donald Fagen. Initially, the band went on tour, playing their smooth rock hits to live audiences. But in 1974, Becker and Fagen halted that and instead focused on the group as a studio-only entity.

But more than any song or business choice, what is the story behind the band’s name?

Band Origins: One of the Greatest Duos

Becker and Fagan begin to play together in several bands during their time at Bard College in New York. They later moved to Los Angeles where they recruited a full backing band and, altogether, they began to record records.

The group’s first album, Can’t Buy a Thrill, came out in 1972. That record blended rock, jazz, Latin music, R&B, and blues. By any metric, it was a commercial success, hitting No. 17 on the Billboard chart. Along with its blending of genres, the album was noted for its production quality and cryptic (now iconic) lyrics.

The group disbanded in 1981 after a series of successful releases. In total, Steely Dan sold more than 40 million records worldwide and was inducted into the Rock and Roll Hall of Fame in March of 2001.

But while the group didn’t tour much in its heyday, Steely Dan reunited later in 1993 and the group toured regularly. They even released two albums of new material. the first of which, Two Against Nature, earned the songwriting duo of Becker and Fagen a Grammy Award for Album of the Year.

Before we get into the story of the band name, we have to talk about a little literature. Enter: the famous Beat writer William S. Burroughs.

The American writer and artist was the main figure in the Beat Generation of the 1950s and ’60s, which also included Jack Kerouac and Allen Ginsberg. He wrote 18 novels and novellas, six collections of short stories, and four collections of essays. By all accounts, he was one of the most influential writers of the American 20th century.

He has many notable works, including the autobiography Junkie. But even more than that, his most famous work is the novel, Naked Lunch. (The plot thickens!) The St. Louis, Missouri-born writer, who was later convicted of manslaughter in absentia after killing his wife (and receiving a two-year suspended sentence), loved to compose experimental texts that included unreliable narrators.

His seminal work, Naked Lunch, which he published in 1959, is a connected series of loosely-related vignettes. It was later turned into a movie. In it, the reader follows the narration of drug addict William Lee, who travels from the U.S. to Mexico to Tangier. It’s a fever dream of a book that includes drug use and hallucinations.

Apparently, Fagen and Becker must have had a laugh at the idea and well, it stuck.

So, there you have it, folks. One of your favorite bands is named after a sex toy. Just goes to show you not all greatness comes from where you’d expect. 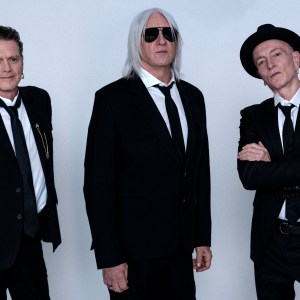 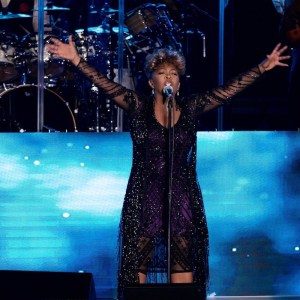