For four decades, Def Leppard have remained one of the most popular hard rock bands in the world thanks to multiplatinum hits such as “Photograph,” “Rock of Ages,” “Pour Some Sugar on Me,” “Hysteria,” and many more. Until COVID-19 struck, they were still touring extensively, selling out arena shows around the globe. When the pandemic forced them off the road last year, the members took advantage of the downtime to create The Def Leppard Vault, a free online museum featuring hundreds of photos, videos, and more. The site was just launched in January.

“I’ve been a collector—some would say ‘hoarder,’” says lead singer Joe Elliott with a laugh. “I’ve been a collector since day one because you’re eighteen years old and you’re in this band and you played a few [local] gigs, and then you start getting a few reviews and you cut them out of the paper and you stick them in a book. You just never stop once that gets going because you never know how long it’s going to last.”

Fortunately, Def Leppard have certainly stood the test of time since the band formed in 1977 in Sheffield, England. Their 1980 debut album, On Through the Night, was well-received, as was their 1981 follow-up, High ‘n’ Dry. But with their third album, 1983’s Pyromania, the band broke through to enormous international success, becoming ubiquitous on MTV and radio stations around the world. Their next album, 1987’s Hysteria, was even bigger, attaining certified sales of 25 million (making it one of the best-selling albums of all time). Since then, the band have consistently continued to release albums and tour. It’s an extensive career that provides plenty of fodder for an online museum.

In this initial phase, a major focus for The Def Leppard Vault is on Steve Clark, the band’s guitarist who passed away in 1991. Lorelei Shellist, who was Clark’s fiancée, supplied photos and other memorabilia for this part of the site. Because these items came from her personal collection, even the band members themselves have been surprised at some of the material.

“Some of the photographs, I’ve never seen before at all,” Elliott says. “For example, the one shot of Steve and Phil [Collen, guitarist] in that bar the night that Rick [Allen, drummer] lost his arm, when they’re hugging each other,” he says, referencing the 1984 car accident when Allen’s arm was severed (he subsequently developed a special drumkit that allowed him to continue playing, and he is still in the band today). Elliott says that he, the other band members, and Shellist “agreed it was okay to share, after all this time. It’s okay to have things that are a little personal and emotional; that’s all right.”

Unfortunately, even though Elliott and others have been careful collectors over the years, some key items are now lost, such as the iconic Union Jack shirt that Elliott wore for videos and on tour. “We gave them away the day after the tour finished because they had no apparent value at the time,” he says. “Somebody somewhere may have them and may want to give them back.” But, given the digital nature of the site, he doesn’t see this as a real issue, since photos of things like that are plentiful and that’s all that’s needed for a digital museum.

While much material is already up on the Vault (including an extensive store with exclusive items), Elliott promises that there will be much more to come. “We didn’t want to overwhelm ourselves, let alone our audience, by putting up too much,” he says. “We’d like to get the thing going and then build from there.”

Allowing things to evolve is also, Elliott says, the way that the band has approached their songwriting process over the years. “When we first got together as a band, people would write songs individually and collectively,” he says. “When we got to Pyromania and Hysteria, it was literally the lot of us all teaming together, so everybody would get a credit. Then it started to kind of dissipate. Like on Retro Active [1993], there was some stuff that was collaborative and some stuff that was solo, and that went all the way through most of every album we’ve made since.”

For Elliott, “Inspiration comes in different forms. You wake up one morning and put the kettle on and then you walk past the guitar and you stare at the thing and it’s like mocking you: ‘Pick me up,’” he says, “and you do, because it’s your brain telling you, ‘That little thing that you dreamt about last night, why don’t you see if you can remember how it goes?’”

Becoming a songwriter and performer seemed like a natural choice for Elliott, as he was drawn to music before he could even walk. “I always knew that this is what I wanted to do,” he says. “I’m told by relatives, when ‘Love Me Do’ first hit the radio in 1962, I was crawling toward the sound and trying to climb up to where the speaker is so I can hear it and get involved in it.”

Elliott says he was still quite young when he made the leap from fandom to playing music himself: “My mum bought a guitar from a catalog when I was seven or eight years old, and I was so fascinated watching her teach herself to play. I said, ‘I want one.’ My dad said, ‘Learn to play and you can have one.’ So my mother taught me what she knew.

“Once I had the first three chords, my G, C and D, you figure out that’s two and a half thousand songs right there,” Elliott continues, “so I wrote my first song when I was eight [years old].” Def Leppard fans will likely be pleased to hear that Elliott thinks this song will probably show up in the band’s virtual museum in the future: “I’ve got a copy of it. Luckily, my dad recorded it on a little cassette. One day, it’ll see the light of day!”

Knowing he had this songwriting ability meant that when Def Leppard formed in 1977, Elliott “didn’t feel intimidated. I felt elevated to jump on board and give it a go because by the time I was eighteen [years old], I’d been seriously into music for way more than ten years. I was obsessed. I mean, seriously obsessed. Still am. So I knew that it was there within me.”

The talent and drive that Elliott and his bandmates demonstrated led them on to massive worldwide fame almost forty years ago, but he says they don’t allow this level of success to go to their heads. “We are all aware of the fact that we are in an extremely privileged position to do what we do,” he says. “When you create these songs yourselves and you know what the embryonic state of them was, it’s a master class in humility, really.”

Still, reaching this rarified status does lead to a very unique situation for the band members when they play their hits in concert. “When you do it in front of a crowd that are really behind you, your brain goes into complete rewind to the moment when you walked into a room to four other guys and you said, ‘I’ve got this idea’—the chorus to “Photograph.” And then it turns into a song and becomes a hit.” Again, though, Elliott mentions this with a large measure of modesty: “You can’t take that for granted. You’re not some kind of genius. It’s just that you came up with an idea that happened to work.”

Fans may not be able to see a Def Leppard concert at the moment, but as Elliott cheerfully promises, “We’ll rear our ugly heads down the road a little bit.” They do have a U.S. summer tour scheduled, in fact—but until then, “This seems like a great time to take stock,” he says. “We’re happy that we’ve got this Vault up and running. This is a good time for us to do things like this.”

Although he and his bandmates have been happy to look back on their career with The Def Leppard Vault, Elliott also continues to look ahead: “We’ve still got a good future, I believe. We’ve just scratched the surface, really. There’s so much more to come.” 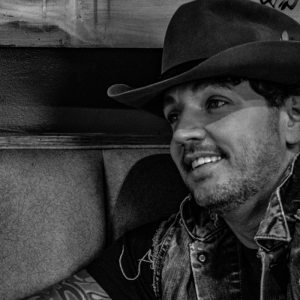 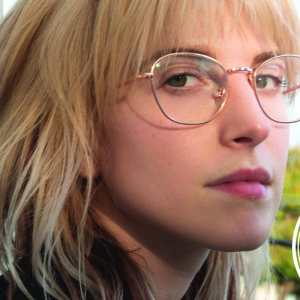