Not many people happen to just ‘end up’ at the home of famed author Leo Tolstoy (War and Peace) on the Baltic Sea, but for Jeremy McComb, it’s just another crazy chapter in his life.

A sixth-generation musician, McComb is a country-rock storyteller that has been there and done that in nearly every aspect of the music business. He résumé is peppered with stints as a radio programmer and the tour manager for Larry the Cable Guy. As an artist, he’s released four albums, built an international fanbase and written songs for projects selling over six million copies—including a Grammy-nominated soundtrack (Blue Collar Comedy Tour: One for the Road). However, it was a conversation with Randy Gosda, a club owners’ friend, at a 2019 show that put him in that storied abode. On the surface, the conversation appeared simple enough. Gosda asked McComb if they ever played Sweden and if so, he’d like to invite him to his place over there.

Talk about burying the lead.

“We played a bunch of packed shows for this Live at Heart Festival and then he took us over to his lake house, which is this really beautiful, really old farmhouse looking place on a granite rock out in the middle of the Baltic Sea, right off Stockholm,” McComb tells American Songwiter. “You have to take this little dinghy through a shipping route. They’ve got these boats with train cars and box cars all over and here we are in this little rowboat going across the damn thing.”

Once they got to the house, McComb started looking around. In addition to the various typewriters strewn about the house, he noticed a bunch of Tolstoy authored books on the shelves. Jokingly, he asked Gosda if he was a big Tolstoy fan. Much to his surprise, Gosda informed him that the famed scribe was actually his wife’s grandfather and the house is Tolstoy’s former home, now a family getaway.

The trip wasn’t just a vacation, however. Gosda had also arranged for a couple Swedish songwriters to join them for a writing retreat.

“It all kind of happened in this really organic, awesome, beautiful, kick-ass experience of being just surrounded in culture and being totally out of my element,” continues McComb.”I was a little unsettled, but everything was so different that it really disarmed all that. We all started talking and writing and the next thing you knew, we had a handful of songs.”

One of those songs turned out to be McComb’s brand new single “Withdrawals.” Co-written with his buddy Dan Olsen and Linnea Lundgren, one of the Swedish songwriters, the tune is an uptempo, almost grungy country rocker about the addiction of lust.

“Linnea showed up to the writing appointment with an oboe!,” McComb shared. “I was like, ‘wow, this is a thing.’ She was so open and vulnerable and so not taken aback by us at all,” says McComb. “When it came to writing, nobody was intimidated. From the get-go, everybody was just really open and creative. There were no walls up.

“In a good way!” he adds with a laugh. “Not in a creepy way. Somebody who might just want one thing from you and not everything.” ‘

Excited about the songs they had written, McComb booked studio time with his producer Nick Gibbens as soon as he got back to the States. While the finished version is a bit different than the work tape they recorded at the writing session, one major component did find its way to the finished piece.

“During the work tape, Linnea was doing this wailing in the back. I mean some really powerful singing. I told Nick, we’ve got to get an incredible female singer to come in and just destroy this thing. He threw out a couple names and I said, ‘I’m going to try a Hail Mary here because my first pick would be Jonell Mosser.’ She’s a legend and if there’s a reincarnation of Janis Joplin, in my mind it’s Jonell.”

As they say, you miss one hundred percent of the shots you don’t take. McComb picked up the phone and made the ask. To his delight, Mosser jumped on board.

“I’ve done quite a few sessions in my career, in Nashville, L.A., New York; frankly too many to number,” laughs Mosser, “but I can count on one hand the times an artist and/or producer has said ‘…we just want what you do. Go sing.’ This was one of those rare occasions and shows Jeremy’s true commitment to the art of serving the song first. I am proud to be part of this fine record.”

Along with birthing his newest song, those blind co-writing sessions have laid the foundation to a new Swedish/U.S. songwriter exchange program expected to fully launch sometime next year.

“Just off the side of the house, Randy’s got this giant rocking chair overlooking the Baltic Sea and I’d go sit on it, drink coffee and watch the sun come up or go down,” says McComb. “One day he mentioned how he really wants to bring people together out there to write because it’s so inspiring and so magical. We got to talking and I told him, I’ve got cabins up in Montana. We could have people who aren’t from the U.S. come and we could write songs up there too. You could get songwriters who would have never met each other, put them in a room and something like this could come out of it.” 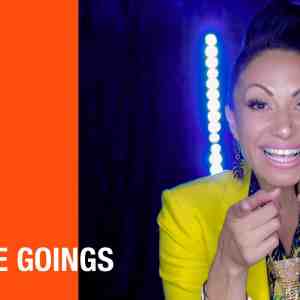 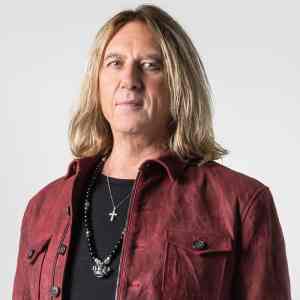