When the double Grammy winner recorded his upcoming third solo album for Blue Note Records, Color of Noize, Hodge used the imaginative 11-song collection set for release on June 26 as a blank canvas to revisit and dabble into his repertoire of jazz, hip-hop, classical arrangements, gospel, soul, blues and folk.

The end result is a collage of majority instrumentals that completely abandon any type of thematic structure or neatly fitting into a genre. “Contrast is what makes music acceptable to me,” Hodge told American Songwriter. “I’ve released and given into wherever life’s energy takes me. I create art that speaks to me and hopefully speaks to listeners.”

For Color of Noize, Hodge handpicked keyboardists Jahari Stampley and Michael Aaberg; drummers Mike Mitchell and Justin Tyson; and turntablist DJ Jahi Sundance as his session players. Before they recorded, Hodge, also a founding member of the supergroup R+R = Now, would play a few scales for each musician on the piano just to give them an idea of the essence he wanted.

Hodge, 40, left the rest up to his band. The easygoing Philadelphia and Willingboro, N.J. native’s mission, he says, was to make Color of Noize a highly trustworthy and collaborative project that allows each musician to take ownership in the process.

“I didn’t want to come in with overproduced and composed songs telling the musicians what to play,” the former musical director for Maxwell said. “If I was going to go in this direction, it was the moment to trust their artistry. I wanted that natural, raw reaction. From there, it becomes what it’s gonna be. It empowers a young, black mind to keep going and be unapologetically themselves, which has been the fabric of my work”

Color of Noize is also the first time Hodge teamed with another producer on his solo effort: deciding on Blue Note Records president Don Was. Originally signing Hodge to Blue Note in 2011, Was came up with the idea to situate Hodge’s band in a circular formation at Hollywood’s United Recording Studios, similar to the storied jazz label’s vintage recording sessions.

“I wanted to put somebody else in the room who has my best interest at heart and was willing to look at the entire process with a different lens,” the improvisational artist said.

Color of Noize features the intuitive Temple University alumnus dusting off some unfinished compositions from his late teens [“19”], a cover of jazz legend Wayne Shorter’s “Fall”, and Auto-Tuned vocal harmonies over a seductive cinematic score [“Looking at You”]. The album’s lead single, “Not Right Now,” brings together breezy percussion with a nasally synthesizer melody.

On “Little Tone Poem,” Hodge used a voice memo of his three children running throughout his home while he was composing at his piano. “I wanted to capture it just as I was feeling it in the moment,” he said. “I wanted to document that original emotion and do whatever I could to get out of my own way. I hope people feel that journey.”

“Color of Noize is about taking that art, putting aside definitions or categories, and allowing it to feel however it’s gonna feel to you,” Hodge adds. “It’s fluid like water. It’s all about perception.”

Hodge was putting the finishing touches on Color of Noize when the coronavirus hit along with another surge of police-related attacks on unarmed black people. The experimental artist decided to keep the news on mute in the background while he created.

Color of Noize, Hodge says, has morphed beyond just being songs that project free expression through music and performance. The news cycle has encouraged Hodge to use Color of Noize as a vehicle to instill hope into the general public.

“I hope this album serves as a heartbeat for people,” the artist-in-residence at last year’s Monterey Jazz Festival said. “Take it, and make it your own in whatever way. I was watching similar news clips to what the people were watching when I created it sitting at the house at my piano.”

Hodge concludes: “I’ve been defined in different ways, and I’ve never had a problem with that. I’m just a person that naturally adapts to a lot of different styles and thoughts, and my art is a reflection of that.” 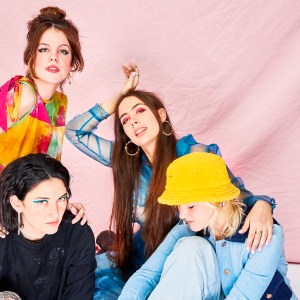 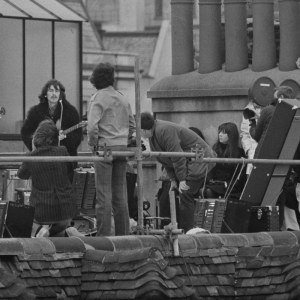