If your author can make a confession: It seems like a minor miracle that there’s a second Diamond Rugs record to even write about. The last time I ran into the Rugs, en masse, it was the Sunday morning of South by Southwest 2012 and I had spent the last four days embedded with their crew. With the exception of impeccably cool sax player, producer, and rock and roll legend Steve Berlin, everybody in the crew was a waste of space, puddles of hangover where human beings had once been.

They had arrived in Austin with more buzz than just about anyone. Deer Tick’s John McCauley, with then-Black Lips guitarist Ian St. Pe, Dead Confederate’s T. Hardy Morris and Berlin from Los Lobos making a record just for the fuck of it? It made a lot of sense on paper. And Robbie from Deer Tick, and Bryan, the drummer from Providence, Rhode Island’s art-rock patriarchs Six Finger Satellite? Shit, it made a lot of sense on paper. This was Situationist Americana, recorded and written on the spot in a Nashville garage-cum-studio.

Spontaneous rock and roll that didn’t just fly by the seat of its pants but dropped its drawers and mooned the whole music community. That first Diamond Rugs record was a wild, deeply irreverent album created by an intensely talented group of musicians, the sort of thing that seems like it should burn out in an instant, never to be rekindled.

“We’re not an experimental band but we’re experimenting with our band,”McCauley told the crowd.It was a deliberate act of self-sabotage. Self-sabotage as artistic tribute, which is exactly the sort of thing that goes straight over the heads of modern Americans. This would be followed by one of the best club shows of the festival from the same band later that night. It was a total mess and it was beautiful and immensely fun. And then it was over. The band would play a handful of shows and then – poof – they were gone, like the prestige on a punk-rock magic show.

“Ian and Steve really rallied about us actually doing it again,”Morris tells American Songwriter. Between Rugs he released Audition Tapes, his first solo record, and had his first child, a daughter. (McCauley’s daughter was born in January, which means by now you’re probably going to see a lot of dad rock jokes on this press cycle.) “I was obviously busy with the kid and a ton of other stuff. John and Robbie were busy with Deer Tick. Ian was just relentless that we get together and record again.”

It wasn’t that Diamond Rugs had burnt out –it’s that they were grown-ups. McCauley and Crowell would make Negativity, the darkest and most profound work in Deer Tick’s canon. St. Pe and the Black Lips would tour on [TBD] for most of 2013 and 2014, but his determination to get the Rugs together again is proof that the original experiment was successful.The eight of them –producers Adam Landry and Justin Collins and their Music City Studio Playground Sound are as much a part of the Rugs vibe as the other folks — are busy people with touring and recording schedules that involve a million different moving pieces. Just getting the group of them in the same place at the same time involves substantial effort, but it was all worth it.

“There wasn’t that unfamiliarity. Last time I hadn’t met Brian or Steve. It was kind of crazy making a record with people you’d never met before,”says Morris. “We don’t ever see each other or really ever get to play together, so it was kinda like a coming home kind of thing, but it was a whole ‘nother blast of the same kind of thing.

“Everybody had a little idea here and there, but we were putting songs together on the spot, so it was still really spontaneous and cool. Kinda like last time, except we were a little more familiar with everybody and what they bring to the table.”

The result is fluid, seamless rock and roll that shows each player doing some of his best work. Many of the album’s best moments are its simples; the languid and haunting keys on “Ain’t Religion,”drummer Defreunse’s backbeat on “Thunk,”and the heart-string pulling “I miss you Grandpa”ad lib at the end of “Killing Time,”these aren’t overthought explorations of contemporary pop tropes. This is the rock and roll hivemind operating at peak efficiency, making tunes that are bigger than the sum of their parts.

“The last few records I’ve made have been recorded at Playground Sound. That’s kind of the beauty of that studio. You just take ideas in there and they develop or not develop really quickly. You either cast them aside or come out with something pretty good. Or sometimes great,”says Morris. “But you never know what’s going to come through the door, especially with the Rugs.

“John will be like ‘Oh, I got one,’and we’ll play it and then we’ll just go from there. It’s not like most recording sessions where you’ve, like, rehearsed the songs and you’ve got this idea in your head and that’s what you are chasing. At Playground, you’re not chasing, you’re creating.”

While it may lack the precipitous peaks and valleys of the debut, the steadiness of Cosmetics makes it supremely listenable. It’s not so much restraint that has taken the sharp corners off the Diamond Rugs, it’s that they are listening to each other and enjoying it. The pocket is wide open and the band never crowds each other out. It’s a beautiful thing and the exact opposite of the group’s car-crash appeal. Or car-crash reputation, depending who you ask and if you can, in fact, find somebody that saw them. Their real world everybody-in-the-same place existence can be counted in weeks and days.

“We didn’t get to tour significantly last time. I think we did seven shows or something, maybe not even,”says Morris. “Every once in a while I’ll look at the tour schedule to see what we’ve got coming up and it’s a big list of dates and we’re playing every single day without any time off. It’s gonna be like a real band, you know?”

Far from a flash in the pan –or the hot mess I saw in the parking lot in Austin as we closed out SXSW 2012 –Diamond Rugs are the real deal. The promise of their debut –that there was an amazing band buried in the anarchy –is fulfilled by the organization and artistry of the follow-up. Cosmetics supplies all the instant gratification of great rock and roll, proof that this is an experiment worth repeating.

“We’re just gonna grind it out and do it –there are some long drives and real deal shit,”says Morris. “It’ll be fun. I don’t even know some of these guys that well.” 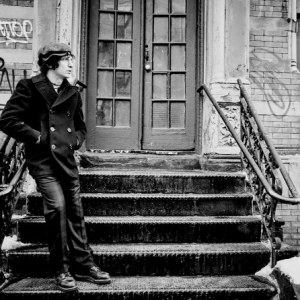 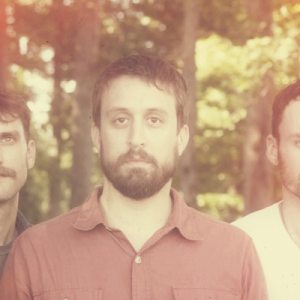