Had he never sung another note after “American Pie” and “Vincent,” Don McLean’s legacy and impact as a singer-songwriter would have been cemented. But those early hits paved the way to a prolific and eclectic career, one that will be embellished even further with the release of a new studio album later this year. And now, thanks to a huge digital project, you can stream just about everything McLean has ever recorded.

Earlier this month, a deal with Time Life brought a treasure trove of McLean material to the digital sphere for the first time. Included are studio albums of mostly original material from his 70’s heyday, like Chain Lightning and Prime Time, all the way through to newer triumphs like 2009’s Addicted To Black. The release also shows McLean’s willingness to go wherever his artistic muse takes him: Christmas music, children’s songs, even a Marty Robbins tribute album.

As McLean explained in a forthright interview with American Songwriter, he has always been willing to go anywhere for a song. “I’m a singer/songwriter,” McLean says. “The singing part is the primary part of what I do. The songwriting I try to do as well as I can, and that’s the second part of what I do. I don’t know why I want to take on a song. It’s like a suit of clothes, or a shirt, or a pair of shoes or boots. You’re gonna say, ‘Man, I want those. I want to wear those. I want to look like that.’ Because when you sing a song, you’re either cool or you’re not. You gotta know how you’re gonna come off.”

“I sing the American Songbook that suits me, that I look good in. I don’t try to sing ‘The Lush Life,’ a great song, Billy Strayhorn wrote it, Nat King Cole sang it. I can’t sing that song. But I love it. But there are certain pieces of attire that I can wear that look good on me. And I know what they are.”

McLean says that the re-release project came about almost by accident as he searched for a label for his upcoming album. “Like everything with me, it wasn’t planned,” he explains. “It just kind of happened. I had this album in the can, and I said to my representatives in Nashville, ‘We gotta get a record company to put this out.’ They said, ‘Well, Time Life is with Warner’s, and they did the American Troubadour project and we have an association with them. So we’ll go to them.’ Warner said, ‘We really like this record. We want to put it out.’ So that was beautiful. I was really happy about that.”

“But then the conversation kind of drifted to planning on getting these albums out that have been coming back to me, because I own all these albums. We wanted to get them out there for people to hear. We were going to do it ourselves, but it’s a very technical and laborious process. You gotta really clean up Dodge. So they said, ‘We’d love to do this.’ They made me a great offer. And they’re doing it all. They just started the YouTube channel. And they hired other PR people to promote this. It’s all over the internet that these 173 tracks and 11 albums are on every streaming platform.”

McLean hopes that the project brings relatively obscure songs of his to light. As a specific example, he mentioned “Lotta Lovin’ from 1978’s Chain Lightning. “I love that track. I love the way I sounded. I love the guys that were in it, who were geniuses. Pete Drake and Tommy Allsup and Bob Moore and I love hearing them play it. So I think people are going to latch on to some things big-time because these records are well-made.”

As for going against the grain so often throughout his career with the shifts in genre, McLean says that it’s just the way he’s always been. “Sometimes when my girlfriend and I are up late watching TV, one of these 70s Time Life things comes on,” he says. “There will be Don McLean doing his song, right? And I’ll say, ‘You see?’ I don’t have a dumb tie on. I don’t have a perm. I don’t have platform shoes on. I look the same then as I do now, because I know how I want to look. I don’t let fashion sway me. I don’t let how things are at the time sway me.”

Nor does he get too overwhelmed by his own accomplishments in the music world. “I’m not a proud person,” McLean says. “Pride goeth before the fall. I am an amazed person who always sees himself as an outsider. If you look at ‘American Pie,’ that’s a perfect example. That’s me as an outsider telling my story of what I saw the day the music died. I’m not in there. I’m not one of those people. I am on the outside. And I’ve always been on the outside.”

But McLean is excited about his upcoming album of covers, which is tentatively scheduled to include songs from big names like Bob Dylan and Johnny Cash as well as one from civil rights activist and songwriter Josh White, whom McLean calls his musical hero. And he still finds joy in these and other well-written songs, even if he’s not compelled at the moment to write more himself.

“Music, as my friend Lee Hays says, expresses the inexpressible,” McLean says. “And that’s what I’m trying to do. I might have inside of me a feeling like I want to laugh or I want to cry or I’m angry or I’m extremely sad about something. If I want to write about it, every time I hear that song, I want that feeling to happen. I want the feeling in a bottle. Because that’s what songwriting is all about.” 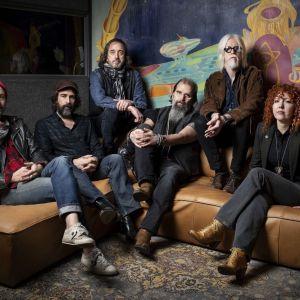 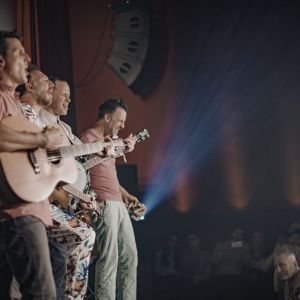