It has been a productive few years for Steve Earle. Ghosts of West Virginia is his fifth album since 2015 (including a duet disc with Shawn Colvin). It’s also one of his most potent ever which, in a career with 20 releases, is saying plenty. It was a featured story in our May Issue, which you can read here.

As its title implies, these compositions concern the people, specifically the coal miners, of West Virginia. Most were written to accompany the play Coal Country as a device to move the story along. But those seven tracks, with three more added that aren’t in the play, proudly stand on their own. Earle took the assignment in part to show—to himself and his more liberal fans– he could connect with the issues, lifestyles and concerns of people who had significantly different political views than his own. He speaks eloquently in their voices and to their struggles.

It’s a dark, gritty recording with Earle splitting the difference between raw bluegrass (“Union, God and Country” with the lyrics “My daddy was a miner, my daddy’s daddy too”), folk (the tender, melancholy ballad “Time Is Never on Our Side”), rockabilly (a very Springsteen-ish “Fastest Man Alive”) and gospel (the stark and spiritual opening a cappella “Heaven Ain’t Goin’ Nowhere”).

Earle’s increasingly ragged vocals—he barely croaks through the closing “The Mine”– convey the anger, hopelessness and pride of the dying miner protagonist in the gripping “Black Lung.” On it he sings “Black lung never gets better/Every breath a little bit harder to draw…but I reckon I’m a’ lie here and die of black lung.”

Elsewhere the musical mood is slightly lighter on “John Henry Was a Steel Drivin’ Man.” When Dukes member Eleanor Whitmore takes lead vocals on the grief-stricken “If I Could See Your Face Again,” she sings from the viewpoint of a wife whose husband has died in the mines.

If Earle’s goal was to prove he could sympathize with the plight of working folks in West Virginia, he has succeeded in this unflinchingly compelling song cycle. Although at just 30 minutes it’s EP length, this music resounds with both gutsy force and genuine sympathy for the mine laborers who work hard and die young while earning little pay. The mono audio (Earle suffers from hearing loss preventing him from experiencing stereo sound) adds to the overall bleak vibe.

It’s a taut and intense collection of songs that connect just as well without the visuals of the play they were predominantly written to accompany. GOWV displays once again that Steve Earle is one of America’s most captivating, unvarnished, provocative and talented singer/songwriters. 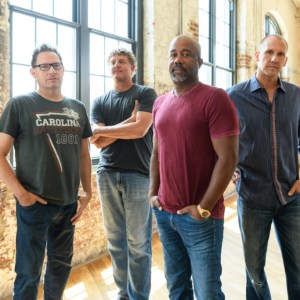 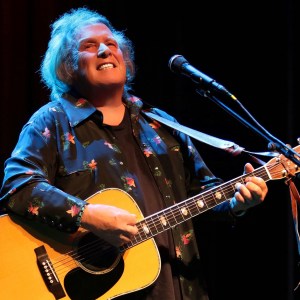