In the fall of 1970, Don McLean had a job singing in schools. Playing guitar and singing in classrooms, McLean came across a biography of 19th-century artist Vincent Van Gogh and was immediately pulled into his story and knew he had to write a song about the misunderstood artist. “He had an illness and so did his brother Theo,” said McLean in a 2010 interview. “This makes it different, in my mind, to the garden variety of ‘crazy’ – because he was rejected by a woman [as was commonly thought].” So I sat down with a print of [Van Gogh painting] Starry Night and wrote the lyrics out on a paper bag.”

McLean wrote “Vincent,” one of the many people and places of reference on his seminal album American Pie, which marked its 50th anniversary. The song, also known as “Starry Starry Night,” is also reemerging on March 30 with McLean’s new music video for the hit song, which he performed at the Immersive Van Gogh display in Los Angeles.

Released in 1972, “Vincent” reached No. 1 on the U.K. charts and peaked at No. 2 on the Adult Contemporary chart and 12 on the Billboard Hot 100 and has continued to be an ode to the artist with its deeper message. Singing Now, I understand what you tried to say to me / And how you suffered for your sanity / And how you tried to set them free / They would not listen, they did not know how / Perhaps they’ll listen now, McLean shared a truth many may not have known about Van Gogh.

Addressing Van Gogh’s life and struggle with being bipolar, when “Vincent” came out, discussion of mental illness was nearly non-existence, even taboo. “I was brought up in a day when absolutely nobody had therapy, and the only person who talked about therapy in the early ’60s was Woody Allen,” McLean tells American Songwriter. “There was a word people used: analysand.”

He admits that his own personal struggles were different and something he coaxed through writing songs. “I realized that pain and suffering in life—and it’s mostly because in my life by women—that is a part of life and that has to do with me,” says McLean. “For me, I realized that if I hadn’t gone through that if I had found a way to short circuit that, I wouldn’t be talking about any of these songs now.”

McLean adds, “I would have been a well-adjusted man playing the guitar and singing ‘This Land is Your Land’ at a summer camp somewhere. But I’m not well adjusted.”

McLean admits he never considered the reach of “Vincent” or the entirety of American Pie when he wrote the songs. “People say ‘I’m in Van Gogh Museum singing ‘Starry Night’ to myself as I’m looking at the paintings,” McLean says. “I never thought about that. I just thought that I was always looking for interesting things to write about and sometimes interesting people to write about.”

The song was also a product of ’60s music, which was influencing McLean most at the time. “It was everything that was going on right around The Beatles, and all those other songwriters who wrote stories about people sometimes,” shares McLean. “On the ‘American Pie’ album, ‘Sister Fatima’ was actually a real person, and ‘Vincent’ is a real person. I had a very wide scope of things that I would write about, and I’ve always tried to create new ideas to write that nobody else wrote about before.”

Set to embark on his 50th Anniversary American Pie Tour, and the upcoming release of the documentary, The Day the Music Died, and even a children’s book based on American Pie, today “Vincent” is very much a part of McLean’s life and music. 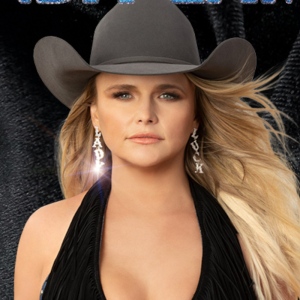 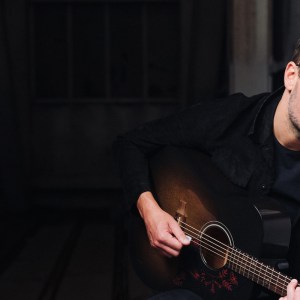