Brett Newski’s self-designation as a “90’s kid” is an apt tagline for the Milwaukee, WI songwriter. While this descriptor feels vague as an introduction, one look at Newski’s favorite artists (AJJ, Weezer, Frank Turner, The Barenaked Ladies, The Violent Femmes), one listen to the strum of his acoustic guitar, and one read of the brash title for his fourth album – Don’t Let the Bastards Get You Down – and the time-centric reference makes all the sense in the world.

Coming from the aforementioned LP, which was due out April 3, but has been pushed to May 1 with the coronavirus outbreak, via Nomad Union, “Last Dance” premieres today on American Songwriter. Its theme hones in on one particular form of the overarching problem with “Bastards” that Newski is looking to tackle.


“’Last Dance’ is [about] realizing you can’t please everyone, and you certainly can’t invest energy into those who drain your battery,” says Newski. “All you can do is put the horse-blinders on and focus on your own mission. Inject positivity into your peripheral. It comes back around. Let the sh-t talkers, complainers, and energy vampires self-destruct.”

Though a modern day piece of music, “Last Dance” represents musical personality of the past well, perhaps thanks to the wisdom of his co-writer Pat McDonald (pictured above). No matter what the topic, 90s alternative delivered its messages with a certain matter-of-fact candor. “Last Dance” derives that same overall attitude right from Newski’s own audacious outlook on the subject’s at hand.

“No matter what you do, there will ALWAYS be those who root against you. You can’t win ’em all. Even Mr. Rogers had haters. Jesus has haters. Now, technology magnifies those hollowed souls who attack us anonymously from behind a digital smokescreen,” Newski says.

Opening with an exposed, syncopated strum on the acoustic guitar, just those first bars ring out with a pattern and unembellished tone quality that calls to mind the start to Neutral Milk Hotel’s 1998 hit, “King of Carrot Flowers Part 1.” The mental nudge is small but “Last Dance’s” throwback style only snowballs from there. The combination of wailing guitar power chords, bright-toned piano harmonies, upbeat brushed snare, and vocals left without reverb, showcases the unapologetically frank but not overly aggressive nature of 90s alt. rock perfectly. It’s at that juncture, where singable melodies and the frustrated realities in “Last Dance’s” narrative make their best use of the vintage arrangement. Newski doesn’t want to sugarcoat the issue emphasized here but the tune itself isn’t explicitly meant to leave listeners feeling worse just from hearing the music.

Anyone can tell you I’m an animal

but I’ll never be your dog

So I’ll walk around the world without an accomplice
yeah, without a god

Cleaning up the mess from the battle is a waste

When the war goes on forever

A man who fights with desperation never stands a chance

cause a dance with desperation is the last dance

One may wonder how a song written on the backs of candidly uncomfortable truths would fare so well supported by a just bit of syncopation and some major chords. What’s worth remembering is the intangible aspect of Newski’s approach to songwriting: the offering of all-around empathy. Knowing someone not only understands a situation the way other do but sings about it in the same way everyone else thinks about it in their head, is “Last Dance’s” true shining feature. It’s a song about a contemporary set of problems that works best being addressed with a past style of performance. And maybe that’s because it’s a song about trying to figure out how to live with the way things are now, while maintaining some of how things used to be.

And speaking of living with the way things are right now, as everyone is doing their best to think of ways to stay in good spirits while separated, Newski has joined in with the many musicians and creatives reaching out to the world in ways beyond touring. He has launched a web series titled, Killing Time in Quarantine, will be updated weekly or perhaps even more often, as time goes on. In his own words, Newski describes his series as “comic relief in wobbly times,” saying,


“The internet right now is a massive buzz kill. It’s filled with bad news, desperate flailing for attention, and the same white gentlemen with an acoustic guitar playing a concert into his phone at 480p. Killing Time in Quarantine is a new mini series for comic relief in the time of COVID-19. It’s kinda dumb but, it’s sure to boost your morale.”

Listeners and fans can tune into the first episode:“Desperate Times.”

If you like what you hear, pre-order Brett’s new music. 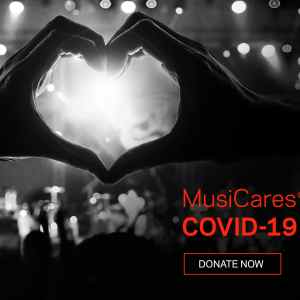 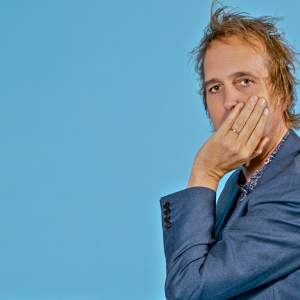