If John Moreland were to show you around his hometown of Tulsa, he’d probably start with a swing by the Woody Guthrie Center, a simple brick museum dedicated to Oklahoma’s original acoustic “This Land Is Your Land” troubadour on the edge of downtown.

“On the wall outside, there is a giant mural of Woody, and I always laugh when I drive by,” he says, calling during a brief period of downtime before he hits the road again, during which he’s mostly been catching up with old friends and watching Cincinnati Reds games. Guthrie famously wielded a guitar scrawled with “This Machine Kills Fascists” across the body, but he’s still a legend in the state that’s only voted for a Democratic president once since 1948. “It’s a giant mural of a socialist in one of the most conservative states in America. It’s only okay because it’s Woody Guthrie, but I think a lot of people just think of him as a folk hero and don’t really know much about him.”

Moreland can relate, after all. Being a songwriter often goes hand in hand with being misunderstood; maybe that’s why you start writing songs in the first place, or maybe it’s just something that happens once people start attaching their stories to your own. The folk art is often built on confession, and the act of singing along to nothing but the sound of your own strums is one as intimate as a first kiss. So people have taken to the 30-year-old Moreland as their vehicle of doldrums-delivery du jour – since the release of his third record, High On Tulsa Heat, this spring, he’s opened for Dawes, Jason Isbell and Langhorne Slim, even bringing audience members to the brink of tears during one particular show at East Nashville’s the 5 Spot (in a town where tears of jealousy are probably more common). Then there’s that “Cheer Up John Moreland” Instagram page, dedicated to making the seemingly bummed-out Oklahoman turn that frown upside down: pictures of kitties, rainbows, various memes.

John Moreland is not sad. His songs are not all sad, either. But in the age of meaningless GIFs, auto-tune and reckless mash-ups designed more for Arby’s commercials than record players, his work simply makes you feel – and visceral is often mistaken for miserable. Moreland’s work is the kind that swells throats with lumps, and we’ve just forgotten that introspection, beauty and wonder can sometimes do this just as effectively as sorrow.   There is no emoji for wistful nostalgia or dangerous love, but there is music for them.

“I’ve had people tell them I make them cry,” he says. “But that doesn’t mean [my music] is sad. I want to dig deep because I don’t have it in me to write about surface-level stuff and I think people equate that with sadness. That’s not sad, that’s just emotions. That’s what “feeling stuff” is like.” He laughs. Yes, John Moreland laughs. A lovely, warm one at that.

Moreland’s been bubbling around Tulsa’s “small but weird” music scene for some time now, in various incarnations: first, in punk and metalcore bands, and then as a singer-songwriter, once his tastes turned more to Steve Earle and Townes Van Zandt than anything too head banging. He’s a devoted Earle fan, but it wasn’t necessarily the type of music itself that lead him to abandon pedal boards and power chords for shows seated atop a trusty stool with an acoustic guitar – it was the craft of songwriting itself.

“I’ve been playing in bands since I was 13,” Moreland says, “and I’ve always been the default songwriter. I always had a band, or was starting a new band, or had something I was writing for. The reason I do it now is different. It’s not because I’m in a band and we need material – it’s because if I don’t do it, I start to feel really bad, and I have a lot of emotions and thoughts that get tangled up in my head I need to let out.”

And yes, those emotions are sometimes solemn ones, but the subject matter is sometimes beside the point. It’s one thing to write a sad lyric – heck, Lady Gaga has plenty of them – but it’s another to remember how to package it in a way that actually has the ability to take listeners to that uneasy place where memories attach themselves to verses like sap-soaked leaves, catching whatever wafts through the room. These songs aren’t sad for the sake of being sad – they’re sad because they’re honest. And that hurts the most.

“If you don’t know me and you are basing everything you know about me on my music then, yeah, I can understand that, I can understand how you could draw the conclusion that I must just be bummed out most of the time,” he says. “But I’m not. It’s a little weird to sometimes feel like I’m being reduced to this one-dimensional sad guy. But it messed with me a lot at first. A review once said, ‘trading in defiance for sadness’ on my last record [In The Throes]. And I was like, ‘Oh, Julia is still totally defiant.’”

“I just wanna let you know, I think I’m finally free,” he sings. “Tell the congregation not to waste their grace on me.” 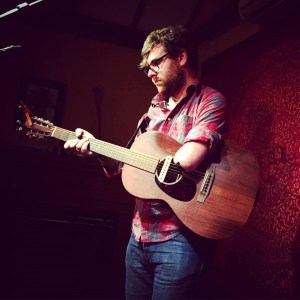 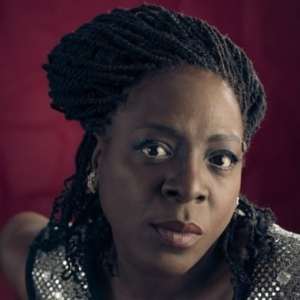