“Sound and frequency are a hotline to emotion — when combined with words, a powerful magic can occur,” Alice Go told American Songwriter.

Go is the guitarist for the London-based punk trio Dream Wife, who dropped their new record So When You Gonna… on July 3 via Lucky Numbers. Building from the momentum of their 2018 self-titled debut, this sophomore release features the band honing their sound into a concentrated force of energy. Between the bopping rhythm of the record’s lead single “Sports!” and the New Wave-y textures of melodic tunes like “Temporary” and “Hasta La Vista,” it is evident that Dream Wife has spent the past two years expanding their dynamic range and locking-in as a cohesive unit.

“After the touring of album one, we took a couple of months off to recharge and then began writing again in early 2019,” Go said. “There was a lot of enthusiasm to try out new ideas that had been bubbling for the past couple of years while on the road. From touring so much, we were a well-oiled machine. It felt like a luxury to write and stand still for the first time in a long time, as a unit. It was a reflective process.”

Part of how that connection manifested between Dream Wife’s three band members — Go, bassist Bella Podpadec and vocalist Rakel Mjöll — was through their relationships with each other. The band met when they were still in the formative years of their creative development. “We formed the group while studying art at Brighton University,” Go said. “There was this punk attitude between us of doing things our way and on our terms, kind of rebelling against the structures and grading of creativity surrounding us as students. So, from touring and rocking out as a unit so much over the last five years, we have this mutual understanding of one another on a deep level. We’re all sisters now, we’re like family. You have to spend a lot of time together when maybe you don’t want to. That sounds like a bad thing, but it’s actually this really good thing — you get to understand each other in ways that most people don’t understand each other. That’s lucky and special, but it’s also necessary for something like this.”

The necessity of their tight-knit quasi-sisterhood comes into clear focus when considering the writing process for So When You Gonna… Whereas in the past Dream Wife mainly focused on capturing their live sound, this record sees their songcraft take a step into a more contemplative direction.

“On our first album, the songs were written around the live shows — that’s where they came alive,” Go said. “With this second album, we’ve actually been sitting down to write. We get in the room and we jam things through. Someone will have an idea outside of the rehearsal space and bring it in and we’ll see what happens with it. We share the feeling, we share the vibe. It was a process of being present with the songs in a way that we haven’t before. It’s a different way of writing, but we’re all involved in that conversation. When we are working on songs together, existing in a raw and intimate place with one another allows for us to really dig into the process, there is a lot of trust between us when introducing new ideas in the practice room. We can push the extremes because at the core there is an anchoring understanding and respect for what we create, and what we can say, together. When we came to record these songs later on in 2019, we had a month in the studio so there was new space to explore and develop the songs in, the creative conversation continued into the recording space which was really exciting for us, to take the songs to the next level sonically.”

Musically, So When You Gonna… certainly reaches that ‘next level,’ but it also reaches a new level of lyrical and thematic content for Dream Wife. While the band has always harnessed the existential philosophy that simmers underneath the punk aesthetic, this record sees them develop a more pronounced political message. Abortion, miscarriage and gender equality are among the headline topics tactfully addressed. Additionally, the band worked with an entirely non-male team of producers and engineers.

“Working with such an amazing team of womxn for the recording of this album was a dream come true for us,” Go said. “There was an instant sense of trust and understanding with our producer Marta Salogni and engineer Grace Banks, we all engaged in the conversation of how the songs should manifest, together; which also allowed the songs to grow and evolve organically in the recording space. The statistics on womxn producers are really not good — less than 5% of records released have been produced by womxn. So, it felt very important for us to work with this incredible team and support equality within the industry. The album was also mastered by Heba Kadry in New York. Through and through we are proud of this team and process.”

However, the decision to embody their political philosophies into their art was less of a, well, ‘decision’ and more of a gradual and organic process. “At the start we were all art students questioning the status quo and trying to flip the script in some sense to make motions in directions we believe in,” Go said. “Our mission statement was very instinctive and things progressed very organically in the way of this band’s voice. On early DIY tours, doing our own sound every night, we encountered countless moments of sexism towards each of us as women playing rock music. These early tours were definitely formative for us and to our political stance as a unit.”

This, ultimately, comes back into Dream Wife’s strongest strength: their live show. “Every live show is a happening,” Go said. “People in solidarity, singing the same words, moving to the same rhythm — that can be political in itself. That feeling of empowerment is something we all need through this difficult time. Music in general — everyone coming together artistically — is so powerful. Even in isolation, the way it can reach you and the message of it… it’s a vehicle for so many things, even if it’s just not feeling so alone.”

Amidst the uncertain and unprecedented events in 2020 — viruses, protests, political tension — there are many things that we are no longer taking for granted, even something as small as ‘not feeling so alone.’ Through it all, Dream Wife’s So When You Gonna… seems to fit the moment like a perfect soundtrack. It’s energy and angry, it has contemplation and political thought, it’s fun and cathartic — it feels made for the moment. As for the band themselves, they can’t wait until they can start doing it all in the flesh again.

“We cannot wait to be at a gig again together one day,” Go said, “it will be a euphoric moment.”

Watch the music video for Dream Wife’s song “Sports!” off So When You Gonna… below: 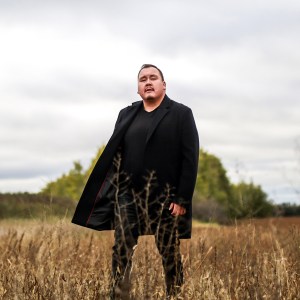 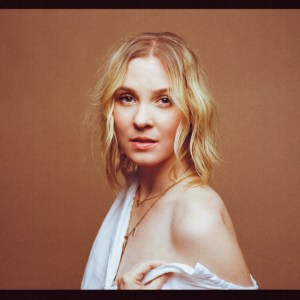