Acclaimed musician, singer, and songwriter Jay Gonzalez has announced the upcoming release of his new album. BACK TO THE HIVE arrives everywhere via Gonzalez’s own Middlebrow Records on Friday, March 5; pre-orders are available now. Perhaps best known for his role as guitarist/keyboard player with the mighty Drive-By Truckers, Gonzalez is heralding BACK TO THE HIVE with today’s premiere of an official video for “(I Wanna) Hold You,” streaming now via YouTube. Additional videos – including a very special live performance video featuring a duet with 2x Tony Award-winner Michael Cerveris (Assassins, Fun Home) – will debut in the weeks leading up to the album’s release.

A self-professed “sucker for short pop songs filled with hooks and devoid of filler,” Gonzalez’s second full-length solo album, BACK TO THE HIVE sees the multi-talented artist continuing to push power pop into new shapes, reimagining the sound of classic A.M. radio through his own kaleidoscopic approach.

Recorded in his hometown of Athens, GA by longtime collaborator Chris Grehan, the album sees Gonzalez joined by a number of old friends including drummer Joe Rowe (The Glands) and former Drive-by Truckers Matt Lane (drums) and John Neff (pedal steel guitar) on a collection of strikingly diverse songs. From the straight-ahead pop of “(I Wanna) Hold You” and the buoyant “Trampoline” to the emotional Robin Gibb tribute, “Crying Through The Wall,” BACK TO THE HIVE is both invigorating and inventive, imbued with adventurous arrangements, timeless songwriting, and a lifetime of pop passion.

Jay Gonzalez first arrived in Athens, GA from his native Westchester County, NY more than two decades ago. Together with his good friend and bandmate Chris Grehan, he set to work experimenting with his own brand of power pop while also playing in such esteemed local outfits like The Possibilities. Gonzalez officially joined Drive-By Truckers in 2008, first as keyboard player and later taking up the mantle of guitarist in the groundbreaking band. 2011 saw the release of Gonzalez’s first solo album, MESS OF HAPPINESS, of which PopMatters raved, “Gonzalez’s approach unmistakably evokes similarly restless classics of early ‘70s shut-in singer-songwriting, like Todd Rundgren’s SOMETHING/ANYTHING and Emitt Rhodes’s self-titled album, but so very few musicians pull off this style of ornate songwriting with such lightness and apparent effortlessness.”

Taking inspiration from such unified conceptual works as The Who’s “A Quick One (While He’s Away)” and The Beatles’ ABBEY ROAD side two medley, Gonzalez followed up with 2015’s THE BITTER SUITE EP, a seamless five-song opus hailed by Glide as “a pleasing listen through and through with emotional ups and downs, constant tempo changes, and a kaleidoscope of instruments and sounds performed almost exclusively by Gonzalez.”

Gonzalez was introduced to Portland, OR indie rock supergroup Eyelids by fellow Drive-By Trucker Patterson Hood and in 2017, contributed instrumental work as special guest on the band’s acclaimed second album, OR. A series of tours – with Gonzalez backed by his crack live band, The Guilty Pleasures – followed, affirming the friendship and like-minded musical association. Indeed, 2019 saw the release of JAY GONZALEZ SINGS EYELIDS SINGS JAY GONZALEZ, a limited edition 7” single for which each artist wrote an original song for the other to perform and record.

PRE-ORDER BACK TO THE HIVE 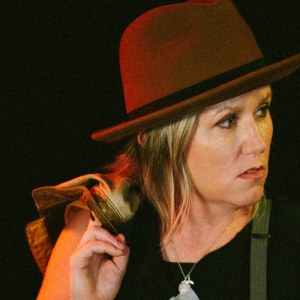 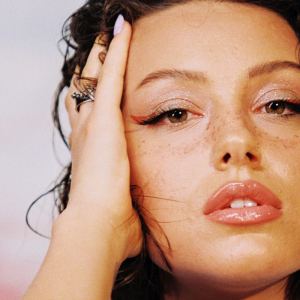