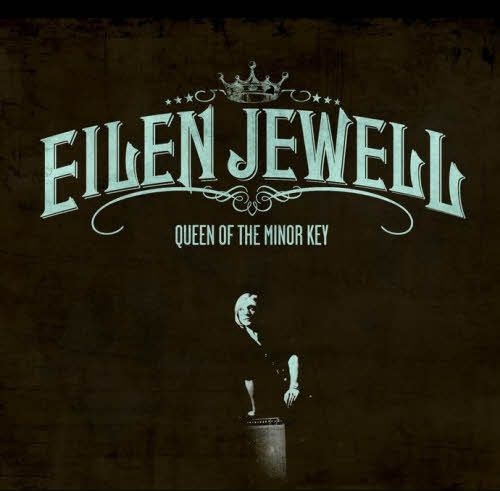 It’s 2 a.m. on a weekday night in a local club. Only the lonely and diehard drinkers are left, nursing their cocktails in a mist of stale smoke and cheap perfume. A woman and her combo shuffle on stage. The baritone sax lays down a gritty “Harlem Nocturne” groove as the group slides into a dark, hazy, lumbering rockabilly/country vibe that mirrors the surroundings and mood of the assembled stragglers. Life may have gotten the best of them, but this sound captures their despair and turns it into music that’s invigorating and uplifting, even at its most melancholy. When the female singer kicks in with her husky voice, slurred delivery and generally downhearted, occasionally hopeful, always riveting and vivid lyrics about lost loves, long winding roads, warning signs and distant memories of lives lived in lovesick desperation, everything suddenly makes sense in a way that it hasn’t in a long while.

The beauty and magic of Eilen Jewell is how she effortless evokes this rarified atmosphere with the offhand experience and low boil charm of someone who has been there, done that and has the catch in her throat to prove it. She’s not only the Queen of the Minor Key, she’s the Royal Highness of Atmosphere; a somewhat retro priestess who channels the styles not only of country greats like Patsy Cline and Loretta Lynn (her previous release was entirely Lynn covers), but jazz and pop icons like Peggy Lee, Billie Holiday and Roy Orbison. She’s also the logical extension of more contemporary singers such as k.d. lang, Shelby Lynne and Chris Isaak, with a smoldering, unaffected voice that burrows under your skin in all the best ways and lingers there for days.

Albums this impressive don’t come along often. Jewell’s five previous releases – utilizing most of the same band members – and years of touring, have combined to form a perfect storm of experience, sophistication and stripped down charm that makes this 37 minute keeper one you’ll return to as soon as the last note fades. Its mix of sweet/sultry Southern country, swampy soul, ominous rockabilly and jazz-tinged surf is as intoxicating as it is stylish, delivered with the offhand grace, low-key charm and hazy noir intentions exuded in the finest ‘60s foreign films.

Whether she’s singing about Cupid trading his traditional bow and arrow for a sawed off six-gauge shotgun in the rollicking “Bang Bang Bang” (all 1:44 of it) or playing the heartbroken chanteuse weaving her velvet voice around jazz guitar chords on the hypnotic, shimmering ballad “Only One,” Jewell owns this material and sounds like she’s been living it for years. She invites Big Sandy for duet vocals on “Long Road,” a slice of classic C&W that wouldn’t be out of place on any Loretta Lynn or Patsy Cline set. The opening of “Sante Fe” implies “Love Hurts,” but sets its own course as the tale unfolds of the protagonist singing the Stones “help me dear doctor” at the top of his lungs “after soaking up drink like a sponge.” Descriptive details like those make these tunes come alive as realistic, offbeat mini-movies where listeners not only identify with the characters, but can practically see them.

Jewell never extends songs past their natural ends, saying only what she needs and moving on, whetting your taste for the next story while still basking in the fine points of the previous one. There are no throwaway tracks or even wasted notes.

Few roots artists work a style so removed from popularity, yet so ripe for discovery. Commercial radio has no interest in music this smart, understated, diverse and perfectly formed, which leaves it to word of mouth to spread the gospel on an artist whose time has clearly come. Eilen Jewell is an undiscovered gem who has released a layered, shimmering pearl of an album that shines like cut crystal.