Elle Winter unpacks that line with a penetrating gaze. The icy opener to her song “Yeah, No,” the title cut to her debut EP, sets the tone for her agency-earning journey. In a breakup’s fiery aftermath, she poured out her frustrations onto paper, a co-write alongside Sarah Haze, Jason Saenz, and Sam Ellis.

During a one-day Nashville trip, she met up with the team of songwriters, and the pop/punk anthem began as many others often do. “In the studio, we were just talking about what was going on in my life,” Winter tells American Songwriter over a phone call earlier this month.

The commonly used phrase “yeah, no,” a casual expression of dissent and/or sarcasm, was tossed into the room. It immediately clicked. “This was one of my most seamless sessions ever. It was so special,” offers Winter, noting the first iteration was a simple guitar track.

“Yeah, No” contains one of the EP’s most striking structures: verses play rather plaintively, and a slow boil erupts into an Avril Lavigne-meets-Christina Aguilera power-pop hook. “Didn’t we spend enough nights / That you should know me inside and out? / Yeah, you’d think you’d know by now,” she romanticizes on the rest of verse one.

The crescendo begins on the pre-chorus, as she exposes her lyrical fangs. “But you’re oblivious, clueless, frankly, kinda stupid / Thinking that I’m spending my time / Home alone crying, wonderin’ why-ing / Wishing that you were still mine.”

The style-blurring elixir came down to a simple idea: make the song as empowering as possible. Winter wears her heart on her sleeve, and it’s not more evident than with “Yeah, No,” a bonafide bubbly pop banger. “The anthemic chorus wasn’t an accident. I felt that was the intention of the song ─ to empower me and people listening ─ and be a reminder that we’re fine on our own,” she says. “A breakup is challenging, but what is more frustrating is when someone thinks you’re feeling a certain way and making assumptions about you. It feels like you lose agency, and it’s not a good feeling.”

Prolific duo The Orphanage ─ made of Trevor Brown and Zaire Koalo ─ boast an impressive resume, from work with Demi Lovato and Alessia Cara to Ella Henderson, Bebe Rexha, and Kid Ink. Behind Winter’s EP, the pair layer on bubbly, always-textured, and contagious production to give the vocal and lyrics a shot of adrenaline. “They can create such powerful music. It’s so precise and has all the right feeling in the production,” says Winter. “I knew they’d make ‘Yeah, No’ even more special.”

Coincidently, the night before this very interview, Winter “stayed up till 3 am listening to each of the stems of the song. I don’t know why I do this to myself,” she laughs. “We’re doing a special remix for it. I listened to each element of the song, and it just really blew me away. It was such a puzzle, but it all comes together in a meaningful final product.”

“They really find cool pockets and elements to add. I call it ear candy,” she adds, “things you don’t expect in certain places. The tracks are so unpredictable, and they add so much texture to each song.”

Another fizzy club track arrives with “110%,” co-written with Zoalo, Brown, and Hot Chelle Rae’s Nash Overstreet. Prickly guitar chords serve as the organic foundation, out of which synths and other neon bursts spring to culminate in a declaration of freedom. “I wanted this record to have a swing to it and a bit more upbeat. I wanted an empowerment record that wasn’t necessarily about a breakup ─ something more fun. It made me feel strong. We spoke about not settling for bad behavior. Nash threw out the 110% idea. We all need that.”

Throughout Yeah, No, Winter impresses with a knack for candid songwriting decorated with throwback-laced, unapologetically-explosive swagger. It only makes sense. Growing up in New York City, she digested a healthy pop music diet of Britney Spears, Avril Lavigne, and Christina Aguilera. Even her early days of taking voice lessons, at just four-years-old, story has it she insisted on singing “Out Tonight,” a provocative, sex-positive anthem from the 2005 film adaptation of RENT.

“I loved that movie. That song made me feel so fierce,” she admits. “That’s how I felt growing up. I was watching these powerful women, and it made me think I could do it, too. Being from New York, I feel like I should be a more musical theatre fanatic. Obviously, I have such respect for it. The talent, dedication, and grit that goes into a production is so admirable.”

While Winter is only now releasing her debut project, she has been very much involved in the entertainment machine since she was seven. Opportunity came knocking, and she enrolled in her first acting course, which resulted in signing an agent deal. “I’m so lucky. My mother’s been so supportive all these years and saw my passion for music and writing. And let me pursue it and take such an unconventional path.”

Actively writing songs began, surprisingly, when she was only nine. While taking piano lessons with Skip Brevis, “we’d get distracted, and he started teaching me how to write music,” she remembers. “He taught me basic song structures.”

And she was hooked.

The pop upstart later competed on Radio Disney’s “The Next Big Thing,” facing off against Jake Skuller, and GRAMMY nominees Chloe and Halle, among others, in the fifth season (2012). Beyond all doubts, it was evident she had the drive, instincts, and determination to prove herself. “When I was 12 or 13 on the show, I had felt this need to devote every ounce of my time to music. That was my identity,” Winter reflects. “If I wasn’t in school or class, I would run home to the studio and take a vocal class, a dance class, an acting class ─ anything I could do to advance.”

She went on to release a string of singles, including “Day Away” and “Incredible.” However, she didn’t quite have enough life experience to understand, or even relate to, the lyrics she wrote. “In the studio, I wasn’t really connecting to my lyrics because I wasn’t going through those experiences. I wasn’t writing from my own experiences,” she says. “I realized I needed to find this balance of personal life and work. My personal life enriches my music. When I’d listen to those artists I mentioned [above], I loved connecting to their stories and knowing I wasn’t alone. I have to live my life to get experience like that.”

Seven years later, plenty has changed, and Winter has lived so much life.

Yeah, No saddles snuggly against current pop trends ─ among the Dua Lipas and Ariana Grandes of the world, who weld classic sonic conventions with a wholly contemporary approach ─ while leaving her own fingerprint.

Perhaps unconventionally, the EP was already in the can when she began shopping distributors. Upon exploring various avenues and potential partners, The Orchard, under the Sony Music umbrella, seemed like the best fit. She signed a deal early 2019. “I’m really happy they trusted this music,” she says.

“This project really is a culmination of what I’ve listened to and all the influences that have shaped me growing up. I’d gone through a period when I was experimenting with more soulful music,” she says. “That was after I had worked with Disney and when more of my music was strong, soul-pop. I was thinking, ‘Maybe I can try a different lane.’”

Winter ultimately follows her gut when it comes to writing, raw emotions often her muse, but she’s always open to various songwriting models. “I’m so curious about some of these artists and their writing styles and if they follow a structure. It really depends on who you’re in the studio with, as well. Sometimes, I go to sessions, and my collaborators are much more structure-based. Others are very conversational and abstract.”

Earlier this year, before the global pandemic, Winter flew over to Stockholm for a writing trip to work on a full-length release. “It’s equally empowering to know you are who you are and embrace that,” she offers one takeaway from her recent creative endeavors. “Sometimes, a song more confessional and intimate is even more empowering. I’m finding ways to be vulnerable in a different sense with this music.”

Also a newly-minted Los Angeles resident, she potentially eyes a more soulful, urban/pop-bent aesthetic going forward. “Now, that I’m writing on my own at home and learning the piano, I really feel I’ve expanded my horizons as a writer,” she teases. “Piano is a really different experience. I’m able to access different parts of my voice.”

The ongoing quarantine, which could be nerve-wracking for some, has super-charged her creative energy. “I started a physical song journal that I’m writing all my music in during this time. It is very therapeutic to be able to write how I’m feeling. It keeps me grounded.”

To-date, Winter has notched millions of Spotify streams and a blossoming listener base. It hasn’t come easy, but in her songwriting, she has cracked the code of vulnerability in a new way. “Growing up, I had this idea that I had to be this perfect person all the time. Nothing could be wrong, and I could never admit when I was having a hard time,” she concludes of lessons learned so far. “I realized in my music I’m not only helping myself but feeling more connected to other people. It’s so fulfilling.” 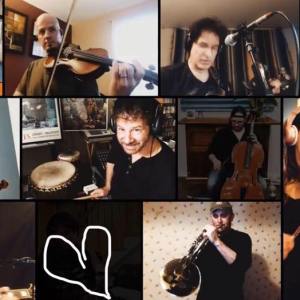 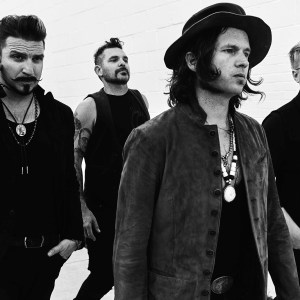