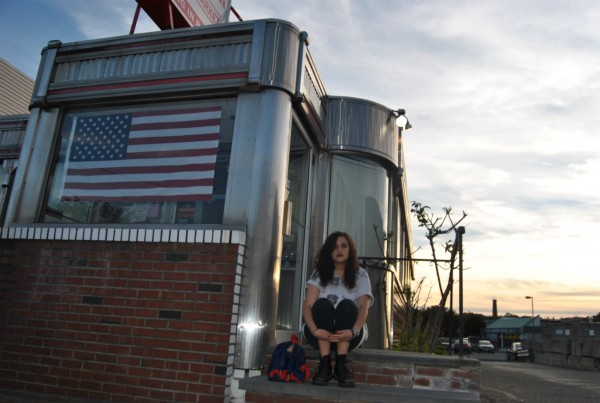 “People like to talk about how young I am,” says singer-songwriter-guitarist Ellen Kempner, who is 19. “It’s not a bad distraction — I mean, it’s technically true — but I’d hope it isn’t why I’m getting attention.”

More likely, the reason the college-age — indeed, college-attending — Connecticut native is gaining notoriety is because she’s on a creative roll.

This past fall, Brooklyn’s buzzed-about Exploding in Sound label issued Bent Nail, Kempner’s debut cassette as Palehound. What began as a one-woman acoustic project has since evolved into an electric four-piece. And come next spring, that band embarks on its first U.S. tour.

Right now, however, sitting in her dorm room at Sarah Lawrence College in Yonkers, New York, Kempner isn’t looking that far ahead.

“I’m playing a solo show on campus tonight, opening for Mike Jones,” she says, with understandable incredulity. “Like, the rapper, Mike Jones. Isn’t that hilarious?”

It is — and Palehound’s witty indie-pop embodies this wide-eyed, open-minded outlook. Musically influenced by artists like Mirah and St. Vincent — and lyrically by “the fake sense of adulthood that is being in college” — Bent Nail covers an impressive amount of ground for a seven-song, 17-minute EP.

Holding these unlikely elements together is Kempner’s versatile voice, which coos sweetly at times, bellows mightily at others and often threatens to crack, yet never quite does.

With Bent Nail, Kempner proves, young as she is, she’s no neophyte. Having first picked up guitar in elementary school, she was composing and performing her own originals by age ten.

A pivotal moment came in Kempner’s early teens, when she left home to attend a summer performing arts camp a few hours away.

“My hometown was very rah-rah, sports, football,” she explains, “so going to camp was a nice change. I realized I could actually do something with these songs… that people would appreciate it.”

Sadie Dupuis, frontwoman for Western Massachusetts’ rising Speedy Ortiz, was one of those people. At the time, she was working there as a counselor, and the two became friends.

“We’d drive around Connecticut, listening to bands like The Pixies and Pavement. Sadie got me into pretty much all the music I’m into now. She’s like an older sister to me.”

As Dupuis’ band sits on the precipice of indie-rock stardom — they’re currently on an East Coast jaunt with The Breeders, and, next year, will tour out West with Stephen Malkmus and the Jicks — it stands to reason Kempner could be next.

First, though, she has an academic term to finish — and a gig to play. 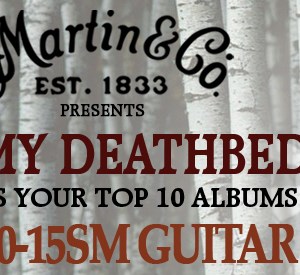 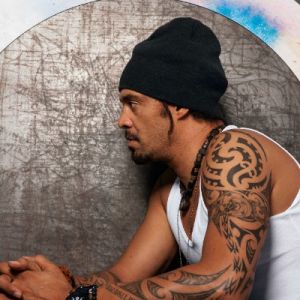