For Eloise Alterman everything is happening at an impressive pace. Her debut single, “What I Thought It Was,” landed on Spotify’s New Music Friday, and it’s has been off to the races from there!

Her debut EP, The Other Side, is set to drop Friday, August 28th via Big Yellow Dog Music and her dark pop, beat-driven tracks will showcase her Nashville-via-Detroit vibe that is making waves across the Music City.

Impressively, with only a five-track EP, Alterman is able to be both timeless and timely while giving the listener something to vibe to as well as lyrics to reflect on. It is obvious that she taps into a range of influences that hint on Lana Del Rey and Maggie Rogers, with poignant lyrics of a life lived by Joni Mitchell, all the while having a modern pop undercurrent that could be radio ready in short order.

Take an exclusive first listen and read about where the tunes came from from Alterman and her co-writers. If you dig what you hear, consider an order.

Big Yellow Dog Music · The Other Side – Eloise Alterman

“Fear of Moving On” (Eloise Alterman, Jeremy Lister, Emery Dobyns)
Fear of Moving On feels like the end of summer to me. There’s something bright and nostalgic about it. I think it shows another side of my heart that I don’t typically acknowledge.

“What I Thought It Was” (Alterman, Daniel Agee)
This one speaks for itself emotionally. I especially enjoyed making this music video because I wanted it to feel emotional, but not push a story line on you. We did that in the lyrics.

It was such an emotional time in my life. I had a co-write set up with Daniel Agee right in the thick of what I had going on. I came with a bunch of notes typed up, and we carved out this song together. It was my first time writing with Dan, and I think it was the perfect match for me that day because he helped me bring all my ideas to life better than anyone could have. This is probably my favorite song of the bunch. It was all the things that were going through my head put into a song. I wanted to write about the exact moment I felt myself fall apart and what went through my mind.

“The Truth” (Alterman, Agee, Emily Falvey)
I wrote this one over Zoom and the idea came as we were all talking about how it’s easier to run from reality than have to say goodbye to someone. I love how open the chorus feels and can’t wait to share the music video!

“The Other Side” (Alterman, Robyn Dell’Unto)
I wrote this on the floor of my apartment on my Stratocaster and never thought it would end up sounding how it does today. Now, I love the way it moves and think the lyrics still stand. I wrote this song when I was longing for a love that wasn’t mine, but I felt very okay with that at the time. I’m happy I was honest with how I felt in the moment, because I can look back and say, “well, that makes sense”. I’ll always stand by decisions I made when it comes to love, because I think I have learned a lot about myself that way. I don’t do things that necessarily work out for me in the long run, but I like that music has given me the chance to express all my feelings honestly.

“Nostalgia”(Alterman, Agee)
The entire idea for this song came from my love of the word ‘nostalgia’ in general. There’s something very beautiful and sad about missing a different part of your life. I’ll always be nostalgic, because I remember the past differently when it’s not my present. I remember it so much better that it makes me constantly compare the different times with each other. I think feeling stuck in the past or stuck in a feeling can be daunting, and at the time, that’s what I was really dealing with. I wanted to remember things realistically, but I was stuck. 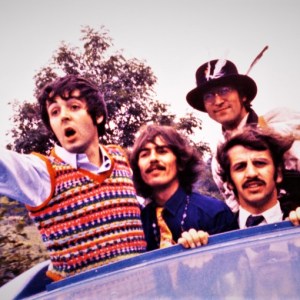 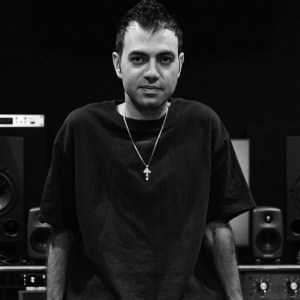