Music has always been a reflection of what is happening in the world. Before the modern age of the internet and social media, music was one of the best ways to reach people. Of course, it still is, but as our society has evolved, things have changed quite a bit. From the structure of the music industry, the evolution of the internet and streaming media, and the ability to reach fans instantly through social platforms, we live in a far different world now than any time in the past. And now we’re living, without a doubt, in some of the craziest times in modern history. But as we look to our favorite artists and songwriters, how will these times be reflected through music?

When you used to have to tune the dial on the radio to get to your favorite station, you had to turn the knob to the perfect spot in order to reduce static and have a clear signal. Once you got that signal, you didn’t want to change the station, because you would have to go through all of that again. Consequently, songs used to be longer and had different structures with more complex lyrics and long instrumental sections. Today, we are able to flip through stations with ease, which impacts how songwriters create songs.

This is why they say, “don’t bore us, get to the chorus!”

You have to be able to hook people immediately or they will just flip to the next station or click something else on their app. All of these things contribute to the culture of music and popular culture that we have grown accustomed to in the digital age. The landscape of music today has made it more difficult to get across important messages while also maintaining the necessary elements of songs that could “work on radio.”

During the Vietnam War and the civil rights movement, artists were speaking very powerfully through their music. It was the best way to communicate with people in a real and authentic way. Artists like Jimi Hendrix, Janis Joplin and many others were using their music to promote peace and unity during a very tumultuous time. These messages in music made a huge impact in a very real and necessary way for what many people in the country were experiencing. It brought people love in a time of chaos.

Music has always been an important escape and a vessel for people to come together. In the ’80s, we continued to see powerful movements coming out of rock ’n’ roll including — my personal favorite — the punk rock movement. People were pissed off at the government, society and everything popular, really. Inevitably, in music, just as in many other facets of life, people will want to rebel. And that is exactly what they did. There is no better way to describe the rise of punk rock in the ’80s than as a movement. It was the “natural order” in effect. There was no social media. People took out their anger by going to shows and going crazy.

This natural order has been consistent. What happens in the world always leads to a musical response. In the ’80s and ’90s, we also saw the emergence of hip hop, another revolutionary movement in response to what was going on in society. The explosion of hip hop changed the culture forever. This was all possible with no help from the internet.

The way we look at artists today is different. Being able to follow our favorite artists on social media, we get a very close look into their lives. Who doesn’t love Cardi B’s rants on Instagram? Or any of the amazing viral moments we get? It’s almost as if we know them. We have a more personal relationship with them than our parents had with their favorite bands and artists at the time. There was something very special in the past about the mystery of your favorite artists, not seeing them all the time on the internet getting their haircut or driving in their Lamborghini. When you did see them, listen to their new records or go to their concerts, they were surreal experiences. Artists then had a larger-than-life mystique. Instead of tweeting or posting a short video on Instagram, when artists would speak through their music, it was powerful.

With everything going on in the world today, we need art more than ever. We need authenticity. We need realness.

These legendary movements that we have continued to see throughout history have organically stemmed from world events. Artists spoke these messages through their music because they had to. The times we are living in now are, without a doubt, on par with what musicians and society have lived through in the past 60 years. The big difference now is the existence of the internet and social media. Has social media disrupted the natural order? Has the internet changed how we listen to music? Has it changed the messages we get through music?

Now, it is considered “cool” to speak out on social media. You almost have to join the chorus on social media as a member of the entertainment world. Artists in the ’60s weren’t speaking out because it was “cool,” but because it was real. You would think that the modern internet age would make it easier for artists to convey important messages to their fans, but the impact is greater when it comes directly through music.

After everything we have been through so far in 2020, what will be the effect on music?

Will there be a new revolution? 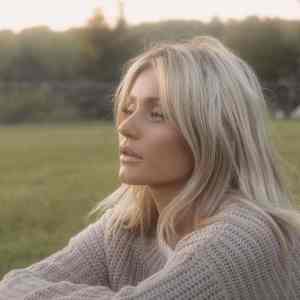 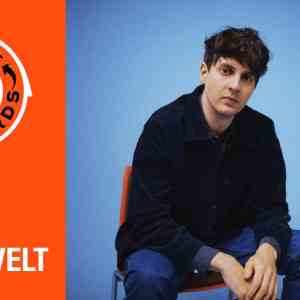