Named after Leonard Cohen’s enduring classic, “Famous Blue Raincoat,” The FBR— comprised of Tim Hunter and Malarie McConaha—purveys American roots music traditions with poetic storytelling and trans-genre instrumental approaches. The two met at an open mic night at Puckett’s, the local watering hole in Leiper’s Fork outside of Nashville. They hit it off over a Cohen song, and shortly after, McConaha joined Hunter’s band. What initially began as an acoustic project between the pair, eventually grew to include producer Matt Sepanic, whom they met in the parking lot of that same bar and lovingly refer to as their “third wheel” or “fifth Beatle.”

Premiering today (April 22), The FBR unveils their latest “Before I Drown” in honor of Alcoholism Awareness Month. The soul-stirring song, initially inspired by Hunter’s past relationship in which he experienced the unrelenting darkness addiction presents, align’s with the duo’s vision of crafting songs about the complexities of the human condition. By shedding light on the turbulence of alcoholism and mental health challenges, The FBR hopes to untie the tabooed topic that continues to plague the country.

“This song comes from a dark place, a place where my ex-girlfriend would go, only when she was inebriated beyond remembering,” Hunter tells American Songwriter over the phone. He described the experience as “riding shotgun with a person who was haunted, tortured, and lost…The only path she took to kill the pain was to invite something into her body that might eventually kill her and the relationships with those around her. I was there, but I didn’t know how to help.”

Intentionality entangles the haunting track. Hunter spent his college days studying classic literature, and countless hours since writing thousands of poems and songs. When his relationship ended, healing came from his pen. Attempting to fill into his ex-girlfriend’s shoes, he pieced together a brave testament to the survivors of abuse suffered at the hand of addicts, who are generationally enslaved to life-threatening reliances. Recalling the painstaking process, he says, “I was struggling with melodic rap section, how I wanted to write the bridge. She was an Eminem fan, and it felt like a fitting means of conveying this really horrific moment in a child’s life.”

The levity of McConaha’s vocals embody the vulnerable subject matter with confidence that took nearly five years to develop. With an abundance of caution, McConaha says, As a singer I was still trying to figure out who I was, just wanting to sound good. I had to reckon with some stuff—my own PTSD and anxiety—before I could sing that song with conviction.”

A devastating storyline, narrated by a tormented sufferer of multi-generational alcoholism and abuse underpins a national crisis of addiction and mental illness that each artist has experienced first-hand. Somewhere they heard the phrase: “the opposite of addiction is not sobriety, it’s connection.” This provoked further purpose within their storytelling.

The opening lines—I feel so alone tonight—hit home from the very start, addressing the duo’s call to action embedded in the lyrics. “Loneliness is everywhere, and I’ve lost a lot of really important people in my life to mental health issues and addiction,” says McConaha. Raised in rural Ohio where, she explains, addiction and drug-related deaths “don’t discriminate.” She credits her family, friends, and community for protecting her from what sometimes feels like an inevitable fate. She continues, “So this song, even if it helps just one person, I did what I needed to do.”

Listen to the exclusive premiere of The FBR‘s new track, “Before I Drown,” below. 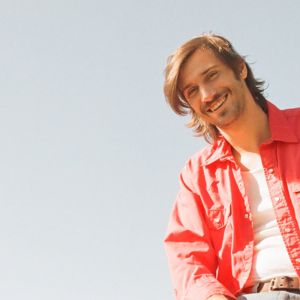 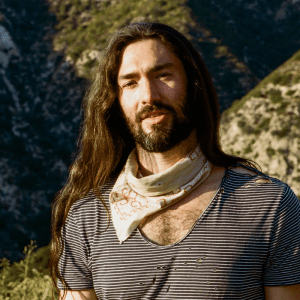