The pandemic didn’t change much for L.A.-based singer-songwriter, Brandon Jenner, member of the famous Kardashian-Jenner clan and son of Caitlyn Jenner. As a husband and new father of twins, 2020 delivered elongated moments of inward reflection and feelings of gratitude for the inner workings of his domestic life. Penned over the summer months last year, Jenner’s forthcoming EP, Short of Home feels grounded.

His new single, “There You Are,” is rooted in the steadfast nature of family, even amidst the most uncertain times. The earth-toned track follows “Something About You,” his entrance single released in January, a delicate love letter to his wife. Together, these songs reveal the through-line of authenticity in Jenner’s storytelling that makes Short of Home the truest testament to his artistry yet. The songwriter plucked each song for the new EP from his catalog with acute intentionality.

“When I look at a piece of music, I think ‘how does this fit into the world?’ ‘What type of audience is this going to go after? ‘Who’s going to respond to this?’ he explains. “Going into the second verse of ‘There You Are’, there is just a moment in the track that I really like, and makes me feel good. I think that translated well, and other people, including the label and friends I shared the track with felt that same energetic lift.”

Jenner produced and mixed the entire collection, extending his role in the track’s evolution, ensuring a full-bodied influence over the eventual translation of each track from the listener. Shifting gears from being creative in his songwriting, his first love, to experimenting with sound, which is a different kind of creative.

“You never really know how it went until after it’s done,” he laughs. “But I will say, looking at this single, with the video and its production, it’s definitely in line with my initial vision. When I wrote the song, I had that feeling of something that had a nice pulse to it. Something that made you feel like you were riding a horse, a kind of Old Western dusty, Quentin Tarantino-type thing.”

The accompanying music video brought that vision to a more modern era. The textures of the video, with plenty of earth and run-down elements, match the lyrics and the production creates an aural through-line that illustrates a spanning soundscape.

“I’m really happy with the way it turned out,” he says. “And at this point, I can say that I think we all—myself, the musicians, and our director Elijah Allan-Blitz—hit our marks and did what we’re supposed to do. And hopefully, we’ve made something that will make people feel feelings.”

Songwriting is a form of self-discovery for Jenner. He acknowledges how critical production is to an album, but he knows that the job can be done by any number of other talented producers. He credits his songwriting for the ability to connect with people.

“I want to complete the circle of giving people music that helps them process their emotions, as it did for me when I was young,” he says. “Listening when I was younger helped me get through difficult times. There is so much value in that, it made me fall in love with the spirit of music and the healing powers it can provide. I just want to make people feel good, and give back what was so generously given to me. My goal is to have the bravery to be myself in writing music, with the hopes that my openness and vulnerability allow others to connect with it and find healing.”

Listen exclusively to Brandon Jenner’s new single, “There You Are,” below. His forthcoming EP, Short of Home, is due June 11 via Nettwerk. 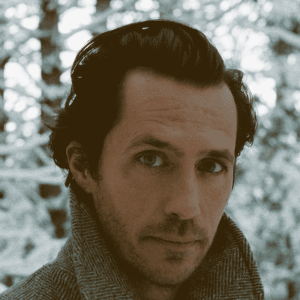 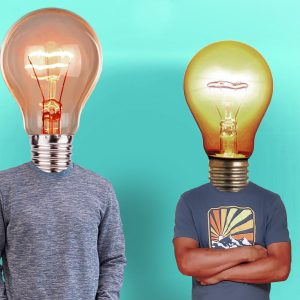