When Stevie Weinstein-Foner released his debut album, Let It Be Told, in 2013, he was certain that a booking agent, record deal, and all the workings to make him a “big star” would immediately follow. While the album made waves within folk circles, it did not place him in the idealized “upper-echelon.” Now, as an evolved artist who spent the last eight years honing his craft and discovering his voice, he’s more than okay about that. In fact, Weinstein-Foner now realizes a purpose for his music.

“I was just so green to the whole music industry,” Weinstein-Foner tells American Songwriter over the phone. “People still like my first album, I love it, too—I still play those songs sometimes. But when I listen to my new album Wondering, I hear emotional maturity that wasn’t there before. The imagery and concepts are more refined.”

His previous songs were derived from a “stoner dreamscape” of an aspiring artist. After a stint of sobriety, a pivotal breakup, and a newfound romantic and musical relationship with his current partner Jolie Holland, Weinstein-Foner’s re-entrance is marked with more articulate tracks.

Premiering today (April 22), “Good Medicine” is his first release off of the upcoming record, Wondering, due June 18 via Wild Kindness. As the world begins to take its first steps out of a devastating pandemic, Weinstein-Foner offers a dose of something strong and bright. The apt sentiment was actually contrived in 2014, the day after he met Holland. He explains, “The chorus had been orbiting around my mind for a couple of years, and the verses just flowed out of me. I’ve been playing it live for some time—it’s been around. And so it’s hopefully timeless.”

Describing the lyrical content he says, “Square watermelons are a real thing in Japan, they grow them in a box so that they’re easier to stack. I remember hearing about them and the image just stuck with me. The second verse is a paraphrasing of one of Robert Bly’s translations of Kabir.”

Selected as the opening track, the meditative tune re-introduces optimism to weary listeners, downtrodden by various obstacles this past year presented. The carefully crafted soundscape maintains enough energy to lift weary souls, as his edifying lyricism evokes a beacon of hope. “It’s sort of a plea in terms of us all as human beings,” he says, adding, “we all need healing and growth.”

Wondering replaces the lo-fi garage rock of Let It Be Told with varying layers of folk-drenched instrumentation. With the hand of collaborators, including Holland, and longtime co-producer/collaborator Jared Samuel (Kevin Morby, Sean Lennon)—whom Weinstein-Foner credits for bringing the album to life—this sophomore project exhibits a clearer vision. Other friends who appear on the record, including Samantha Parton (Be Good Tanyas), Adam Brisbin (Buck Meek, Sam Evian), David Ivar (Herman Dune), and Joanna Sternberg, developed the ten-track collection into a fully realized milestone for the artist.

Just as the music of Neil Young, Hank Williams and other heroes have done for him, Weinstein-Foner hopes Wondering lands with the people who need it, enriching others’ lives as a practice of gratitude.

As a songwriter, Weinstein-Foner is hesitant to describe Wondering as a concept album. Instead, the artist has instilled what he seeks in other music. “I am reaching for sincerity,” he explains. “It’s not a heartbreak album, or a political album—though there’s some of both. When I listen, I want to hear someone telling the truth. So the throughline here, or central voice, is vulnerability and hope for a better world.”

Listen to the exclusive premiere of Stevie Weinstein-Foner’s new song, “Good Medicine” below. Pre-order Wondering before its June 18 release. 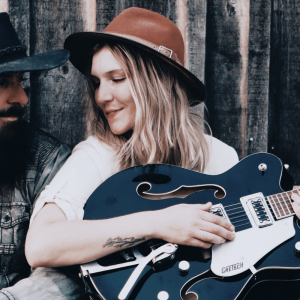 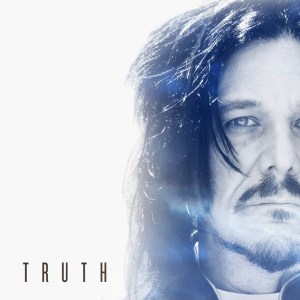