Preceding protests and a pandemic, the 2019 news cycle was inundated with formidable evidence to suggest that the climate crisis has reached a peak. As the critical degree of man-made destruction broke through into public consciousness, UK-based singer-songwriter Emily Barker was overcome with a desperate longing for her Australian home. The result is “Return Me.” The single is Barker’s first release of new solo music since her 2017 album, Sweet Kind of Blue.

“I started to ask myself whether or not the path I am on is still the right one in light of the somber and overwhelming revelation that our earth is very sick,” Barker remembered. “Whether the journey is leading me to where I want to go. Whether I still have hold of the reins. Whether it is time, at last, to return to my first home. This question seems to have no answer, despite the number of songs I have dedicated to it.”

The concept of home is a recurring narrative in the folk singer’s work. Her sound, described as “perfectly melancholy,” leverages her lyrical accounts to transcend place and time. In this instance, her longing for home was not just physical, rather temporal. She defined this feeling as Solastalgia, a neologism that describes a form of emotional or existential distress caused by environmental change. “Home meant being drawn back to my childhood,” she recalled, “naïve and splashing in the river after school on hot, summer afternoons where crickets clicked a casual tempo, and life felt immortal.”

In tandem with her signing to Thirty Tigers, Barker released her latest single on June 5th. Friday, she delivered an alluring lyric video, evoking her idyllic riverside home. “The hues of your summer haunt my way / I feel the path we’ve known begin to stray,” Barker sings, embracing significant change.

“I needed to be beside my family, to know they were safe, to make up for all the years I’ve spent away from them,” Barker explained of the watershed moment that led her to reconsider everything. “I needed to be in the first landscape I ever loved: the Blackwood River (Gigellup buerle in the Noongar tongue) that runs through the deep hills of Bridgetown and past my view looking out the window of our family home in the southwest of Australia. I needed to know that it, too, was safe.”

The majority of Barker’s following is from the UK and Australia. However, she has cornered a niche market for Americana fans all over the world. Her State-side notoriety comes from her song, “Nostalgia.” The track is the theme of the PBS Masterpiece/BBC series Wallander. Following the success of her last album, produced by Matt Ross-Spang (Jason Ibell, Margo Price), “Return Me” delivers a stirring glimpse of what’s to come.

Watch the luminous lyric video for “Return Me” below. 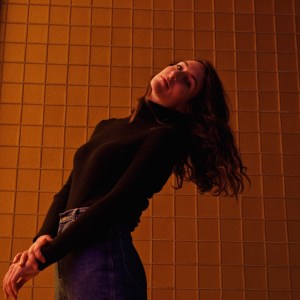 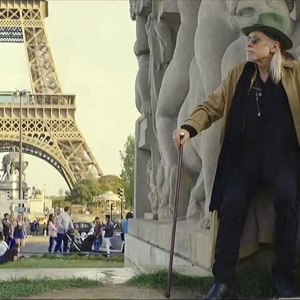