Hannah Georgas’ new single off her upcoming album All That Emotion (Arts & Crafts / Brassland) is “Dreams,” but at the moment, her favorite track happens to be “Easy.”

“Before the pandemic hit, my band and I introduced it into our live set and it felt so great to play together,” Georgas told American Songwriter. “There are really beautiful and interesting production moments on this recording that I love listening to. Some of my favorite moments are played by Jason Treuting and James McAllister on drums as well as Thomas Bartlett on piano.”

That’s not to say that all 11 tracks were not Georgas’ labor of love—each meticulously picked, revealing one of the Canadian artist’s most personal albums yet. Breaking the seal on All That Emotion (Sept. 4), produced by The National’s Aaron Dessner, and Georgas’ lushly layered approach, first single “That Emotion” peeled back some of the album’s more vulnerable skins, along with “Same Mistakes,” a moodier and beckoning narrative on self-reflection.

Initially, Georgas spent six months writing and demoing songs at her apartment in Toronto and recording a majority of the tracks for All That Emotion on an OP-1 synth, before bringing it to Dessner.

“It’s an inspiring tool to use because it has so many different sounds to play around with,” says Georgas. “It helped me find a new approach to writing and it felt like a refreshing way to change up my process.”

Dessner and Georgas were talking about working together for some time, so once she had her demos cut, she sent them his way. Both first met after shortly after Georgas’ 2016 release For Evelyn. She also spent a good portion of 2019 touring as a member of The National in support of their eight album, I Am Easy to Find. Soon, the two came together, along with engineer Jon Low, at Long Pond, Dessner’s Hudson Valley studio, and glued together Georgas’ more vulnerable tales of shifting relationships, insecurities, and moving on from mistakes on All That Emotion.

“Aaron, Jon and I listened to all of my demos and chose our favorites,” says Georgas. “We leaned towards songs that felt like they would compliment each other, and we thought about how the songs would fit together sonically. I hear a commonality in the songwriting because of where I was at in my life during the writing process and the songs being written during a concentrated period of time.”

“Dreams,” Georgas says, dives into how some relationships evolve into some distant hazy, and dreamlike, image. Delicately thumping through Georgas’ more reflective lyrics, “Dreams” is an ethereal trip back into some vivid landscape of love and loss in chorus I only thought I could find you, in dreams I’ve had.

“In my past, I have let my insecurities play into relationships and have pushed people away because I have felt like I’m not deserving of love,” she say. “This song explores the idea of breaking down those barriers of insecurity and being more open.” 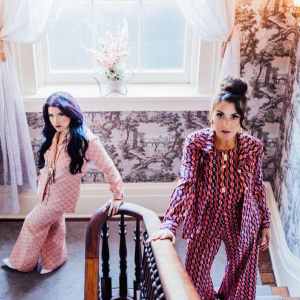 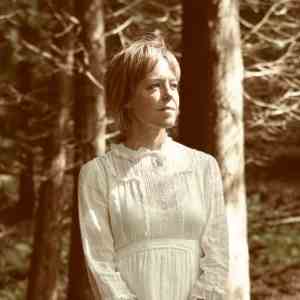