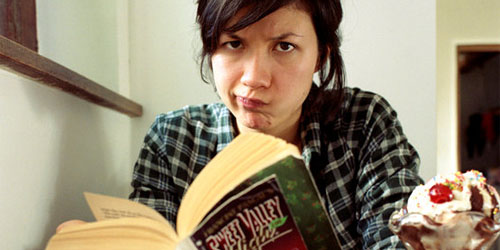 Who is Emmy The Great? She’s the Hong-Kong born, London-raised singer-songwriter whose 2009 debut First Love made the New York Times’ Album of the Year list. Before going solo, Emmy spent time in Lightspeed Champion singing alongside Florence Welch of Florence & The Machine. Her latest album, Virtue, may very well be another Album of the Year contender.

What’s the story behind your cool stage name?

I went to a music college for University, and there were a lot of internal gig nights. As a joke some of my classmates and I would make up outlandish hip-hop battle/superhero inspired stage names. When I made my first demo that got around the Internet, I used one of those names, assuming it wouldn’t go further than my University project. I really didn’t think I’d be called Emmy the Great at 27, but I’m used to it now!

Tell us a bit about what inspired the songs on on Virtue.

I started writing the songs in the Autumn of 2009, which is when I got engaged. I finished the songs around June 2010, which is when I was supposed to be getting married. What actually happened was that my fiance converted to an extreme form of Christianity, apparently overnight, and started a new life abroad.

It just happened that I was writing an album over this incredibly curious period, and if I didn’t address that in the songs, it would have been a wasted opportunity to deal with and make a record of my experience. It’s so strange because a lot of things came out in the songs which I didn’t even know I was feeling, and I sometimes felt like my subconscious was sending me messages. It was an effective form of therapy as much as anything else. That sense of being looked after made it into my writing as well. I started to assign my own, secular “saints” to each song, who were symbolic of me knowing I would be all right.

Is it true that your backing vocals on the album represent different characters?

Yes, Gareth, the producer, and I spent a lot of time doing the different backing vocals, and they all had very different tones and characters. Sometimes I would go into them saying, “These are the nuns” or, “These are the island gods,” (it was tongue in cheek mostly). And sometimes we’d name them afterwards, like the Hysterical Ladies on “A Woman, A Woman, A Century of Sleep.” It made sense with the album we were trying to make, which was of various protagonists lost in strange worlds, but it was mainly practical because it helped us separate the parts. We always knew what part we were talking about in the arrangement because they had names.

How is it being in a band with your brother, Euan Hinshelwood?

When we first started working together we were very different people with much less of a grasp on what we were doing, and all the experience we’ve had in the last five years, of making music and touring and being in the music world in general, we’ve had together.

I always write the songs on my own and then take them to Euan to put the arrangements on. Playing the songs to him gives me the confidence in the song that I need before I can record them or show them to anyone else. I also refer to him as our “taste barrier.” My idea of what’s good music can flip rapidly and I don’t have a very good ear for what’s good tacky, and what’s bad tacky. I think we’d sound pretty random if Euan wasn’t in the band, not in a good way.

Billy Bragg was a huge inspiration when I was starting out. He proved that you could make a point just armed with lyrics and a few chords. That gave me the courage to write my first songs even though I couldn’t really play an instrument well.

Then there was Patti Smith, who didn’t seem to ever sacrifice a lyric or a concept for the sake of pop. Bright Eyes always writes what he wants to – when I was first writing and I was trying to buck the existing pop formulas, I would listen to his music and gain inspiration.

Another modern songwriter who I was always mesmerised by is Joanna Newsom. She packs so many concepts and stories into her songs, and her musical composition is intriguingly complex, but not at the cost of hooks and repetition. She really pushes songwriting forward with her albums.

I also admire women like Katheleen Hannah who are unashamedly graphic and feminine in turn. I think they broke boundaries for female songwriters. And Black Francis. His lyrics are so deceptive and funny, and I love their apocalyptic/ sci fi themes. Pixies song structures always surprise you too.

Melody. Putting melodies together into a coherent song, however, is something I find harder. I think it goes melody, lyrics, song. Choruses are something I cannot write well at all.

Any other interesting stories behind the songs on the new album?

“Paper Forest (In the Afterglow of Rapture)” came from two quotes – one was at the end of Dancing Barefoot by Patti Smith, ‘the promise that she is blessed amongst all women’, and one was a Heraclitus quote via Sylvia Plath’s diaries, “Character is fate.” I was just thinking about what it actually meant to be “blessed amongst all women.” To Sylvia Plath, it was to be able to write something astounding, but the society she lived in would have it that true blessing was domestic – children, husband etc. I was kind of thinking about her, and then transferring that to my own experience in a less rigid society, with, um, a less astounding task ahead.

“Dinosaur Sex” and “Exit Night” are both songs that grew out of a series of photos I took whilst on tour, of power stations, motorways and cranes in cargo bays. From a distance those structures always looked mysterious and almost inviting, like they might come alive.

I guess “Exit Night” and “Dinosaur Sex,” just because they put into words something I’ve been interested in since I was a kid.

Maybe in “North.” “They die to be born, and all their mysteries are dying with them.” When I wrote that, at the end of the writing process, I was reading about the first missionaries to Hawaii. I didn’t know what i thought about that until I wrote the song. It was informative to me.

I’m not crazy about saying “croissants.” I don’t mind it written.

I do both. I sketch in the lyrics automatically, just from sounds I make while I’m singing the melodies, then when I know what the song is about I sometimes read into it. If I’m going through a period of writing, I read a lot within a particular subject just to feed my vocabulary in that direction, and pick up themes.

The first song I wrote, which was on that University demo, was called “Canopies and Drapes.” I didn’t think much of it and I didn’t release it until after the first record, but people have always asked for that at gigs, and I know the original mp3 from the demo is still available from various files-sharing sites.

I thought it was very kitsch, because it mentions things like Woody Allen and S Club 7, and listening to Billy Bragg, but it’s a break up song, and people have said that it’s helped them through break ups. I recently played on stage with Billy Bragg and as a joke I played that song, because it has his name on it. It opened a bit of a floodgate, because the other two singers on stage also turned out to have songs with his name on it, and became a Braggfest.

Harry Nilsson. I know he was famous, but not famous enough in my mind. He’s the songwriter’s songwriter — always had a new trick up his sleeve, incredibly diverse, madly talented. I sit listening to “Without Her” in awe, trying to pick apart what makes it so perfect.

Advice I never follow: finish your songs. And record them. If they exist only in your head you have no way of knowing if they’re good. Don’t be afraid to show them to people. Remember that the thing you fear, that the song you’re writing is crap, has no more dire consequence than that you write another. And, if you’re the person who is getting a song shown to you — never say it’s bad. Because it’s not. It’s always improvable. 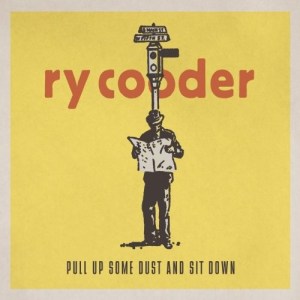