Nearly 16 years ago, sitting in a hospital room, watching the nurses and doctors, friends, and family come in and out to tend to the cancer patients lying in the bed, it struck singer-songwriter Kelly Lang that no one was paying attention to her best friend, who had sat tirelessly by her husband’s bedside.

“She just kept holding his hand, saying ‘I’m not going anywhere,'” Lang recalls. “And she looked so tired, and I wanted her to know I admired her and supported her in this tough position.”

Inspired by her friend’s enduring love, Lang penned the song “I’m Not Going Anywhere” —a tribute to the caretakers.

Just six months later, as a 36-year-old single mother, who had just signed a record deal, Lang was diagnosed with breast cancer. At the time, she was dating her now husband, country singer T.G. Sheppard. Lang was undergoing intensive treatment and recalls feeling extremely vulnerable. One morning after dropping her girls off at school, she stood in front of the mirror and wailed at the reflection.

“I was bald, scarred from surgeries, and looking a bit green,” she explains. “And no one had seen me without a wig or makeup on. When I heard T.G. knock on the door, I was standing in front of my bathroom mirror scared to death. He let himself in with his key and when he saw me in that state, he wrapped me up in my robe, kissed my bald head, and let me cry in his arms on the floor.

That full-circle moment confirmed the sanctity of the song she wrote just a few months back. Lang jokes, “most men would’ve run for the wind” but T.G. came to every single treatment with her from then on out.

The songwriter released the track on her third album, 11:11, and on a lullaby project for her daughters. When Ascension Hospitals contacted her about “I’m Not Going Anywhere” for a national television ad campaign, Lang learned the valuable lesson that “nothing you write is in vain.”

Once the commercial started to run, her song rose to the top of Shazam charts as people everywhere took comfort in her brazen vocals. Lang was surprised when messages started rolling in from those who had personally touched by her lyrics on the commercial. She explains, “My name was in tiny print at the very end, so it is really heartwarming that people Shazamed the song or Googled me and then took the time to reach out.”

As she read the messages, the song took on several new meanings within the new contexts—people alone in nursing home, some had lost loved ones, and in a pleasant twist of fate, some people used her song in their weddings.

One message stuck with her from someone on their last leg with their faith in God. Knowing she touched this person this way changed something within Lang. The eye-opening experience became career-changing as she grew inspired to continue her work in a new platform. Lang is now being hired for inspirational speeches, speaking to cancer patients, single mothers, and others struggling.

“I would be remiss to tell you I was inspired,” she says humbly. “It was God working through me, and I just held the pen. But as a cancer survivor, I want to tell my secret on what I gained from it. My doctors saw my diagnosis as a death sentence, but I chose to look at it as my life sentence. The sky was bluer, the grass was greener, I took bigger chances and began to live.

She points to career highlights, performing with Sir Barry Gibb at Kenny Roger’s Hall of Fame induction, as examples of how she lived a much fuller life than one without her cancer. Bearing witness to the ways in which this song has expanded, reinvigorated the writer, who released her eighth album, Old Soul, on September 18. The first two singles, “Drive” and “Every Breath You Take,” introduce a 14-song tribute to the pop hits of the ’70s and ’80s that she grew up loving. Over her spanning career, Lang has written songs recorded by Lorrie Morgan, George Jones, BJ Thomas, Crystal Gayle, Ricky Skaggs, T.G. Sheppard, Johnny Lee, and many more.

But “I’m Not Going Anywhere” reminded her of what someone once told her, that “music is what feelings sound like.” Writing for someone else is a much different thing than waking up in the middle of the night with music in your head. She explains, “If you can’t express yourself, a song certainly can.”

“My advice to songwriters is to always believe in yourself and your song, nothing you’ve written is a waste,” says Lang. “You never know when it will get someone’s attention. No one knew COVID would play a part in someone’s life. I’m honored to play just a small part in honoring them during this time. My passion is to be a light.”

Listen to “I’m Not Going Anywhere,” her single adapted for the Ascension Hospitals campaign below. Keep up with Kelly Lang here. 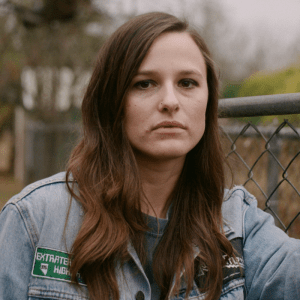 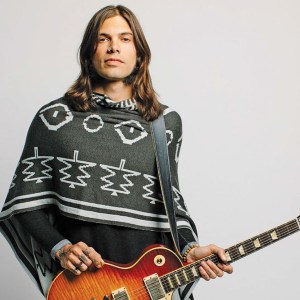