When Erin Rae began recording her second album, she was nervous. Unlike the sharply-observed character sketches on Soon Enough, Rae’s 2015 debut that introduced her as one of East Nashville’s most promising young folkies, the vulnerable songs she had been writing over the past few years were much more intensely personal. She was afraid to share them with her band, and with the world, worried, more than anything, that no one would care.

Rae was particularly apprehensive about one song, “Bad Mind.” Like much of the material on Rae’s excellent new album, Putting On Airs, Rae wrote the song as a way to come clean with herself, a confessional and a self-reckoning with some of the struggles and insecurities the young singer-songwriter has faced regarding her own identity and sexuality as a young woman growing up in the South.

“It was scary to let other people decide if they wanted to work on that song,” says Rae, 27. “That was the scariest one, because I didn’t know if other people were going to be into this.”

After receiving the unwavering support and enthusiasm from her team of collaborators, Rae recorded a dozen of her newly penetrating songs in February 2017, at Cory Chisel’s community studio in Appleton, Wisconsin. Putting on Airs, Rae’s second album and her most compelling to date, is the result of a two-year period in which Rae began to take a closer look at her own fears, excitements and struggles.

“The first record is from a younger place, more observant of other people,” says Rae. “Some of the new songs were about things I was trying to get clear and honest with myself about. It’s not always easy to be honest with yourself, but I was getting to a place where I was looking sternly at what was going on, at what I had been experiencing. Once I gave myself permission to write about stuff that was so close to home, it just felt good to write them.”

Anchored in gentle folk arrangements, songs like “Can’t Cut Loose,” “Putting On Airs” and “Wild Blue Wind” are the most melodic, accessible songs she’s written yet, while other numbers like “Pretend” and “Anchor Me Down” are more dissonant, atmospheric set-pieces guided by the tasteful production of Dan Knobler.

“I knew that this time we were going to approach the album differently,” says Rae. “We wanted to explore some different sounds instead of what just immediately came to mind.” The new sounds and flourishes on Rae’s new album were influenced by everything from the sound-collage folk of Michael Nau to the late-period Beatles. Rae credits the latter, for example, as the direct inspiration for the dramatic opening chord of “Mississippi Queen.”

Rae has lived in Nashville since moving to town as a child with her family from Jackson, Tennessee in 2001. In the last half-decade, the singer has become a key fixture in East Nashville’s roots community, with her soft-spoken music, grounded much more in folk than in country, serving as a commanding counterweight to the type of de-facto, more brash form of 70’s-inspired country played by so many of her Americana contemporaries.

As a songwriter, Rae can draw out powerful emotion and deep empathy  out of simple scenarios. On “Love Like Before,” she turns a desire for a nicer apartment into a haunted meditation on hope, resolution, and the fallacy of simple self-improvement.

“Got it in my head to go sailing/ Get my kicks in a faraway land,” she sings, “Put away all of my demons/ I could begin again.”

“It’s a song about that feeling of always looking outside of ourselves for some way to feel more peace internally,” she says. “That feeling of ‘Maybe next time, when I play this next show I’m so excited about playing, I’ll feel this ultimate bliss and I’ll feel super successful, and I won’t question anything in my life.’ But that type of feeling doesn’t really exist.”

Much of Putting On Airs finds Rae unmasking various layers of self-deception as she reflects on her own troubled past. When Rae wrote the companion pieces “Putting On Airs” and “Can’t Cut Loose” within a few months of another, she knew she had arrived at a thematic focus for her new album.

“‘Putting on Airs’ and ‘Can’t Cut Loose’ are telling two different parts of the same story,” she says. “When I wrote those songs I felt like I had the anchor pieces, like I captured the feeling of what I was trying to do.”

Rae’s anguished concern over whether or not her others would be interested in hearing her profoundly personal new songs has already proven to be for naught, with Putting On Airs receiving early rave coverage from outlets like NPR and Billboard.

“Before I was just all in my head trying to get some of that stuff out, trying to figure out and trace back why I still feel this way as an adult,” she says of ‘Bad Mind,’ the song she had been most scared to share with the world. “Now I listen to it and it’s very comforting to me.” 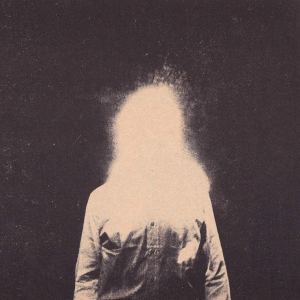 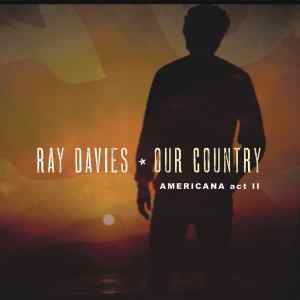