For Idyllwild, California-based songwriter and former American Idol contestant, Casey Abrams, music can often induce a good cry. Just the other day, the artist was driving and tears filled his eyes as he listened to Sixpence None The Richer’s “There She Goes,” The Beatles’ “Yesterday” and Iron & Wine’s “Naked as We Came.” Once the emotions have run their course, Abrams says, he feels renewed, refreshed. Ready. For the musician, much (if not all) of life is about vibrations. We are vibrations. Music is vibrations. Light is vibrations. So, to be alive is to engage in the interplay of vibrations. And these waves can summon passionate emotions and feelings, just like in his latest single: a reimagined cover of “Eve of Destruction,” which features the legendary songwriter, Cyndi Lauper, and is out today.

“I was meant to play music,” Abrams says. “Not to get too hippie-dippie, but life is vibrations and sounds. We all have a vibration just like we all have a temperature.”

Abrams recalls coming across a video of him at three-years-old in Evanston, Illinois. In the home movie, he’s ringing a bell. Not spastically, not absentmindedly. But rhythmically, playing along with another older kid who was banging away at the piano. In this way, music (or vibrations) have always been a major part of Abrams’ psyche. And, these days, while the former American Idol contestant continues to throw himself into music, it’s hard for him to not include the political world in his art. Normally, politics aren’t his favorite topic – Abrams would often rather go for a walk in nature than watch Fox News. But today, he says, it’s “hard to ignore.” Enter: Lauper, the Hall of Fame songwriter who is as passionate about activism as she is about chord changes.

“It’s a very important time for our country,” Lauper says. “Now is not the time to retreat or put your head in the sand.”

Lauper joined the project at the recommendation of her friend, Charlie Feldman, who is a well-known voice of reason in the music business. Feldman has worked for BMI, EMI and has had a major impact on the Nashville publishing scene. If Feldman was on board with the remake of the 1965 song (originally written by P.F. Sloan in 1964 and released by Barry McGuire in 1965), than so was Lauper.

“Charlie is a great friend,” Lauper says. “He sent the track to me and I thought, ‘Hey, if it makes folks talk, let’s do it!’ We need to be talking about important things right now.”

When he first recorded “Eve of Destruction,” which talks about the world’s impending doom, Abrams decided to change some of the lyrics to make them fit a more contemporary era. He’d first heard the song when his mother, a former screenwriter, played it. Abrams’ mom is a central figure in his musical life. He’d first discovered music in her car on drives to school. So, with her recommendation, Abrams dove into the track and soon made it his own.

“I was talking with my record label,” Abrams says, “and I was saying, ‘This is happening. The eve of destruction is kind of actually happening in 2020.’ So, I thought, ‘Why not just sing this song and change a few of the lyrics to something a little more modern day?’”

For Abrams, Lauper was the perfect accompanist. Though the two are decades apart in age, they share the same passion for peace. While Lauper is much more involved than Abrams day-to-day in following politics, the two both care immensely about people. Artistically, the collaboration excited Abrams. (“It was really nice of her to put her vibe on the song,” he says). Abrams, who says another career highlight was getting to play his upright bass on national TV on American Idol, appreciates Lauper’s political leanings. Ever since hearing her song, “Time After Time,” he’s wanted to work with her.

“She’s very politically driven,” Abrams says. “I think I needed that. She’s also got that raspy voice that I’ve always wanted to sing with. We’re both raspifying singers.”

For Lauper, who’s earned millions and millions of streams to go along with multiple Grammy Awards and a legendary career, it’s as important as ever to pay attention to the socio-political-economic decisions being made by the country’s leaders. Peace takes work. Love takes work. Democracy requires effort. And she isn’t ready to quit anytime soon. If you ask the songwriter what her activism looks like today, she sure as hell won’t keep shy about (hint: vote, she says).

“Activism looks like never passing up an opportunity to let your voice be heard,” Lauper says. “And, when opportunities are not presenting themselves, step up and create your own. No matter how big or small. Never has it been more important to speak up and take action. We are in the midst of so many crises: homelessness, racism, homophobia, transphobia, misogyny, the environment, COVID, the divisiveness and lack of empathy infecting the country. The list goes on and on. The most important thing we can all do now is vote. It is our most fundamental right in this country and if we want real change, your vote is the most powerful way you can show up for yourself and those you care about.” 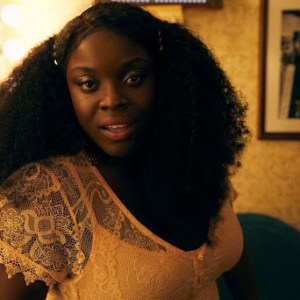 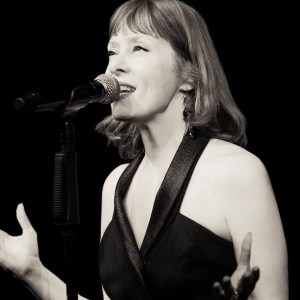