Behind the Boards: Nashville (pre-order) — the latest project by author Jake Brown — invites readers inside for front-row, first-hand conversations with 30 of Country music’s most successful and legendary record producers of the past 50 years.

Brown said of the undertaking, “I began this 600-page literary journey two years ago with the aim of, for the first time, gathering the most legendary and influential producers in Country Music over the past 40 years in one book, to give fans both the stories behind the studio creation of their favorite hits by their favorite stars, how those stars worked behind-the-scenes in the studio, and most importantly, the personal stories behind how each of these multi-platinum producers first found their way to Nashville, onto Music Row and into the recording business.”

As an exclusive sneaky peak, American Songwriter readers have been provided two excerpts from the book, both pulling back the curtain on the writing of two Carrie Underwood tracks.

Chris DeStefano: “Good Girl” is special to me on so many levels.  It was my first No. 1, and I had written only maybe three songs with Carrie up to that point, and this was the first one written with Carrie and Ashley Gorley.

Backtracking a little bit, I’d gotten a call from her manager, and he asked me if I was available that day to write with Carrie, and it so happened that Ashley was in L.A. that week.  This is kind of where the stars aligned, because he and I were already scheduled to write that day, and Carrie showed up to my apartment in Los Angeles and I had couple very rough musical ideas to present, but nothing was very fleshed out.  We all just got rolling on it, and it was one of those things where we wrote two songs in about four hours, and “Good Girl” was one of them.

We knew we had something special, it was just a fun day and we were having fun with it because it’s an up-tempo, fun song, and by the end of the day, we had it cranked up, and then fast forward to her tracking it.  I remember I went and met with her manager not long after that, knew nothing at this point, and shook my hand and said “Let me say hello to the man who has the next Carrie Underwood single!” I said “What?!”, just blown away, so it was a really great experience.

Chris DeStefano, Carrie Underwood “The Champion”: Usually when I go in with Carrie, I’ll try to prepare musical ideas, but she’s just got so many lyrical, title, and melodic ideas, she’s such a powerhouse with all that that I like to keep the doors wide open for that sort of thing.

I have a Protools rig, and to me, it’s almost like driving a car, or speaking, so I’m not really thinking about every little thing I’m doing, it’s just so automatic at this point it keeps it all in the creative process and keeps the flow moving, which is really what it’s all about.  It’s about the song, so all those parts are to me like puzzle pieces that just fit together.

I’ve always been such a fan of Carrie, and to be on that plain together is just such an amazing experience, have my first No. 1, and ironically, Ashley Gorley had his first No. 1 with her as well.  That’s just how she changes lives, it’s a beautiful thing, so down to earth, I really can’t say enough good things about Carrie, she really is such a superstar, obviously on stage and off.

That was Carrie’s idea to get together and try to throw something at the bull’s-eye for not only the Superbowl, but possibly futures for NBC Olympics and such.  We’d gotten together with Brett James and Carrie threw this at us and I think initially with this one, we had pretty good ideas of what we wanted to go after, we just wanted to say things a little different and initially, I remember there was a lot of 1-line ideas being thrown out in the room.  I hadn’t played a lick of music yet and we had all these lines like “I’m a fighter like Rocky, Put you flat on your back like Ali,” and we were just compiling a whole bunch of really strong ideas.  We wanted to have a real strength to the entire song, and we came up with the title pretty quick, and oddly, it hadn’t been written as a hit, so we were just going after that.  Then I started playing that intro keyboard part on piano, and I just remember Carrie and Brett being excited about writing over that.  So taking something like that that’s a little dramatic and then throwing an uptempo vibe underneath of it, we were off to the races! 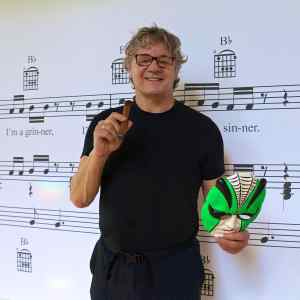 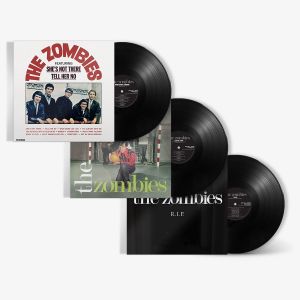