More often than not, songwriting and storytelling are two words that can be used interchangeably. This gray area between story and song is where Morgan Evans unearthed the brilliant sound for his 2018 album Things That We Drink To.

And despite our current situation with the COVID pandemic, artists like Evans are still performing and producing. Evans recently sat down with American Songwriter on our Behind the Mic format to answer questions and play some of his hits.

Evans started by briefly describing his move from hometown Newcastle, Australia, to Nashville, Tennessee. And it was all for the love of country music.

He listed his involvement with music growing up and the music he listened to, but “seeing a Keith Urban concert when [he] was about 15” pointed him firmly in the direction of Music City, U.S.A. And not long into his professional career, Evans made the jump.

Talking about his song “Kiss Somebody,” Evans discussed this transition onto the Nashville scene from a songwriter’s perspective.

“I wrote [‘Kiss Somebody’] with a guy named Josh Osborne and my producer Chris DeStefano. Chris was kind of the first guy here in America to take me under his wing and he really believed in me here before anyone else did. Getting to work with him and having the introduction to the songwriting community through him was such a great experience. During those first few months, I got to write with some of my favorite songwriters of all time for the first time, and one of those was Josh Osborne.”

He continued, “I remember that day — [Josh] came in with that idea ‘Kiss Somebody’… he came in singing ‘kiss somebody.’ He was like ‘I don’t know what this is, but it feels good.’ And we wrote that song in like two and a half hours. And Chris records everything as you’re writing it, and honestly, by the end of that day what we had as the demo was pretty damn close to what you hear on the radio now.”

Contrasting this fortunate and lighthearted story behind “Kiss Somebody,” Evans revealed the story that would end up shaping the title track for Things That We Drink To.

“During that time I also lost someone pretty close to me too. I lost a guy named Rob Watts, he was my manager of 10 years. He managed me in Australia for a long time and brought me to America for the first time. He was the one that kept telling me to come back to America as well.”

“Unfortunately, it was just a couple of months after we put out that first single ‘Kiss Somebody’ that we lost him in a motorcycle accident. On the day of his memorial here in Nashville, I was in the studio again with Josh and Chris and we decided to write a song for him to celebrate his life, the life we got to share together [and] the cool things we got to do because we were in each other’s lives. And this is what came out [‘Things We Drink To].”

Both songs are obviously a result of the events in Evans’ life, but more importantly, his ability to weave charged emotion and experience into song.

Watch below for the full version of Morgan Evans’ Behind the Mic show (and a guest appearance from Kelsea Ballerini!). 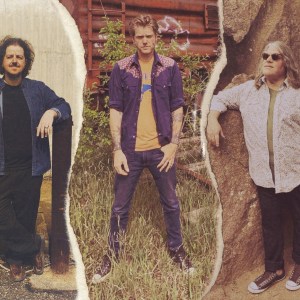 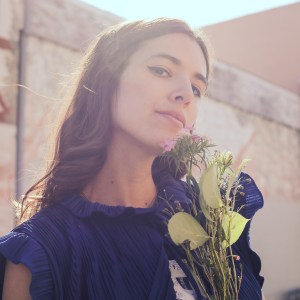