“I am a genre myself, and never felt part of a singer-songwriter thing,” says Rickie Lee Jones, whose one-of-a-kind voice and artful songwriting has been entrancing listeners since her 1979 self-titled debut. Earlier this month, Jones released the DVD Live In Stockholm, her first live document in many moons. She’s currently touring the world, performing songs from her first two albums. We asked Jones about her 30 year career, the difference between European and American audiences, and more.

As a bonus, we’ve got a treat for you — a video of “We Belong Together” from the DVD, plus the live audio version of “Must Be Love.” 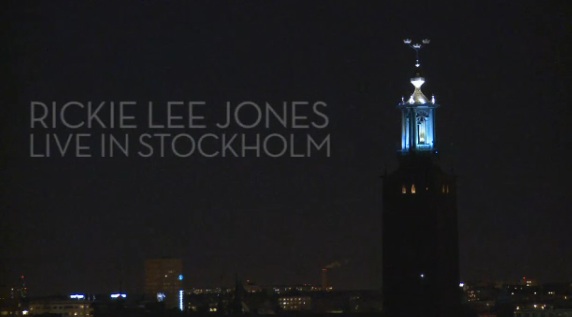 Rickie Lee Jones – “Must Be Love”

Congratulations on celebrating 30 years in the business. Was being a musician the only thing you wanted to do when you were a kid?

You’ve never put out a concert film before. What made you want to put out this one?

I did put out Live at the Wiltern.. but that is out of print. It was specific to doing the jazz stuff that was on Pop Pop, I think. This is the first DVD of me doing my songs, at least in the past twenty years. I put this out because we filmed it, it looked good, there are some strong performances and we hoped to finance a longer piece.

What do you recall about that evening’s performance?

It was stunningly beautiful, even from the stage. The audience was easy, connected, engaged, kind, loving. But… discerning too. I liked them, and what I did that night was between them and me. For the most part, though, there was no pretending the camera was not watching. Yet even the camera seemed part of it. It was not voyeuristic; the camera also felt like the audience for the most part.

Do you feel an affinity with European audiences?

How do they compare to American ones?

All of my audiences have a same quality. They have a relationship with the music. The quality of Scandanavians is different than English, French, Germans, Americans and even Canadians… As a group, each audience takes on a single identity — and yes, the national identity figures in. Some more than others.

Germans seem especially taut; they are very engaged and can adore you or turn on you. It’s a wonderful and intense experience playing for Gemans. Americans can be informal, holler at you – or I should say me – feel like they are my family. The Swedes are different from Norwegians, but in general, the northern Europeans have supported my work steadfastly through the years. Times that were lean I could play up there and sell-out multiple dates. They see me in ways my own country cannot see me, and as an American woman, or a woman, as opposed to a singer-songwriter, all these little details they bring culturally that Americans maybe are not bringing. So it’s different, and I enjoy this experience. But for the most part, one person at a time, each with their own relationship to the work – and that’s how I figure it. I don’t see it regionally or nationally.

Has the way you approached songwriting changed over the years?

I always wanted respect more than money. I figured respect lasted longer, kept you in people’s minds, was not disposable. But a strange thing I have learned. If you have money you can rewrite history and make people who were not there believe anything. You can portray yourself as having been the hippest most respected thing by saying it was so. Who is there to counter what you say, what your publicist says? Is someone going to write otherwise? Not likely. So money can buy not respect, but the concept of your place later in history. Record sales effect peoples willingness to pay you a fare wage when you perform, or a record company’s decision to employ you. You can be known, respected, and not be able to work. We see this with the greatest legends in music.

But for me, personally, I suppose I needed to feel that my peers understood what I did and regarded it. Nowadays, while I would not sacrifice for sales, I do not think it matters what people think. It matters to us, we want to be liked. But it’s all so passing. It’s a business, and we need to be able to work. You want to think your work is relevant, that people want to hear it. With such a competitive market, and still such sexism, so few ‘chairs’ for women, it is very hard for older women to work in any job, acting, singing, or teaching or law. Sales, at least we have money to pay rent and feed our family. It must be both. Our ego wants approval, our physical time on earth needs food. The long term, history, who knows who gets dealt a card? History picks people, often, who were not cared for in their time. And history also brings along the most powerful. Shakespeare to Van Gogh, so who knows? Women? I don’t hear of many.

You’re currently touring and performing songs from your first two records. How would you compare those albums to the rest of your canon?

I don’t compare them. I barely reference them. I am here, now. I know that people reference Pirates most often, Flying Cowboys and the first record next. Yet in Britain they responded to The Sermon on Exposition Blvd. with great vigor. All the records represent my view at the time; what I learned, or felt, expressed in melody and lyric… and the sound of my voice, and who is producing… they are paintings, movies, musical collage, origami, a series of stories. I know that the body of work is powerful, that I am a unique voice, I am comfortable for the most part with who and what I am. It’s always still being invented, growing, moving. I am a genre myself, and never felt part of a singer-songwriter thing. The early work… these first two records… are the roots of my career. 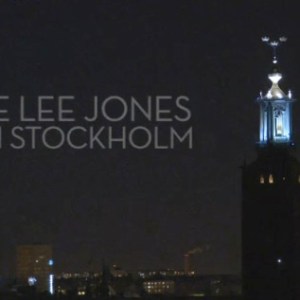