The three-day Pitchfork Music Festival is set to get underway on Friday, July 15, in Chicago’s Union Park. Three-day passes have sold out, though a batch of Friday and Saturday tickets remain, while Sunday tickets are also officially sold out.

Pitchfork has also announced a Parisian offshoot of the Pitchfork Music Festival, which will take place in October and host Bon Iver and some to-be-announced Justin Vernon-curated acts. (Bon Iver is not scheduled to appear at this weekend’s event.)

For the fifth year in a row, the festival will be webcast by Optimus, so if you aren’t planning to attend, you can join the trend in armchair theater, living out the offline action from your digital domain.

This year the festival has done one better on their online sister brand and has introduced an iPhone app for Pitchfork Music Festival. The app is free and is really nicely done.

Meanwhile, over in radio blogland, over the last few months, veteran music scribe Jim DeRogatis has launched a full-scale investigative attack on the festival for its decision to book L.A. pyscho-rappers Odd Future Wolfgang Kill Them All. DeRog’s watchdog tactics seem to have led directly to the festival’s announcement that it has invited advocacy groups to the fest to raise awareness against violence.

Here’s a look at a few of the artists who are playing that we’ve covered previously in American Songwriter and who we’re looking forward to seeing again:

Animal Collective
Friday’s headliner is the B-more, Maryland, crew of Avey Tare, Panda Bear, Geologist, and Deakin. After naming their last album after Maryland shed Merriweather Post Pavilion, they finally played the joint. On their current tour, AnCo are mostly working out new material, but according to Spin, other highlights may include MPP’s “Brother Sport” and the Sung Tongs-era tribal-trance-freakout “We Tigers.” We checked in with Panda Bear a few months ago to talk about how his solo effort Tomboy is a curious melange of techno and choral music.

James Blake
Recent uni-grad and fast-rising UK producer-singer-songwriter James Blake in a recent Pitchfork video interview talked about how different audiences seem to favor certain songs: “Unluck” in the U.S.; his Feist cover “Limit To Your Love” in the UK. Blake has been making the festival rounds in Europe. The crowd went wild for his crushing slo-mo tunes at his first festival gig, at Spain’s Primavera Sound in May, and in the last month he’s hit Glastonbury, Roskilde and half a dozen others. The Pitchfork fest appearance is a rare chance to catch Blake stateside this summer before he heads off to Australia then back to the Europe festival circuit.

Destroyer
Dan Bejar‘s arresting nom de guerre is a bit of a misnomer. On Destroyer’s latest, Kaputt, Bejar delves more into soft rock than heavy metal. In person, he’s sure to do justice to the album’s ambivalent odes to night clubs and cocaine, complete with cheesetastic saxophone.

Kurt Vile
Philly bad boy (at least judging by his real-life surname) Kurt Vile takes the Pitchfork Green stage on Sunday. Joining his band, the appropriately named Violators, will be Andy Granduciel of the band, The War On Drugs, another Philadelphia garage-rock group that Vile use to co-front. (Look for War on Drugs’ August release Slave Ambient, a blissed-out gem of layered-guitar summer anthems.)

Toro Y Moi
South Carolina electro-funk purveyor Toro Y Moi will take the stage alongside a jam-packed Sunday lineup that includes headliner TV On The Radio, Deerhunter, and Cut Copy. The band just announced a new EP, Freaking Out, which will be released by Carpark in September and the band will use the Pitchfork gig as an opportunity to stretch out the new jams. 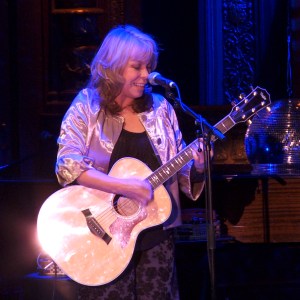 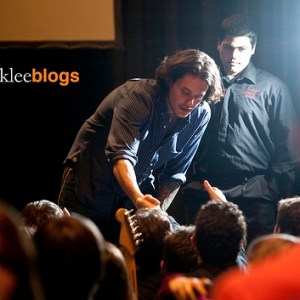