On May 31, veteran soul singer Stewart Francke will release Heartless World, an album that features special guests Bruce Springsteen and fellow Detroit rocker Mitch Ryder. When he was putting together the album, Francke was struck by a series of personal tragedies, which ultimately led him to cover Death Cab For Cutie’s “I’ll Follow You Into The Dark,” from the 2006 album Plans.

“It was a song about easing loneliness, and I was feeling very lonely,” says Francke of the Heartless World hidden track. Get an exclusive first listen to Francke’s cover below, and read what he had to say about the song, his dream collaboration with The Boss, and more below.

How did you get Bruce Springsteen to guest on your album?

Bruce had bumped into a Detroit talk show host who’s a friend of mine about 6-7 years ago, and my name came up and Bruce was very complimentary about my music. Since then we’ve met after shows a couple times through mutual friends, and even been at a couple social events together, where and he met my family and was always so kind and gracious to them.

So as I was working on “Summer Soldier,” the song in question, I kept hearing his voice in the call & response voice—it just kept filling my head. So it was very organic, from the creative side—it wasn’t like we had some master plan to have someone of his stature on the record; it just called for it.

I sent a letter and a demo of “Summer Soldier” to Jon Landau mgt, Bruce’s management company, and a long time went by. I forgot about it and thought it was a done deal. About 4 months later Bruce’s long-time engineer Toby Scott calls and asks for the lyrics and a Pro Tool audio session. And a few months later he sent us Bruce’s vocal, which needed no movement in the arrangement—he sang it with such an emotional range of voices that demonstrated why he’s such a great artist—he understood the context of the material without so much as a discussion. So it’s a great honor because it’s Bruce, yeah, but it means the most to me because it works.

“Summer Soldier” is in one sense a soldier’s story told sparingly in the first person; in another it’s about this idea of American Exceptionalism as international hubris. The song came about because I was asked to sign and send some CDs and posters for Michigan military people stationed in Iraq. Several wrote back. One young woman was a mother as well, and she was over there for 9 months on her third tour after being promised she was done rotating a year ago. A lot of these soldiers joined up for school or National Guard, and two highly questionable wars have come them from home for years. The overall point of the song is that you can condemn the damn wars while still supporting the troops who are asked to fight them.

How about Mitch Ryder?

Mitch is a dear friend and an artistic hero of mine, and he still lives right here in Detroit when he’s not touring Germany. His voice is also one of the great American rock and roll voices, and he’s sung on things of mine before. We have a little ritual whenever he finishes new work, which is about an album a year still, we get together and just listen and talk about it—it’s a joyful thing for me, even when the record’s dark. So he cut his part on “Boo Yah” at 10am in about 20 minutes, just a gospel sotto voce thing. Everyone thinks of Mitch as the 60’s R&B shouter, but he’s been making important new records every year for 25 years—writing and singing them.

What attracted you to the song “I’ll Follow You Into The Dark”?

I was in the midst of a lot of loss and extraordinary emotional pain—all from a series of deaths— and the song to me was about an undying faith in another person, or each other, in going through the unknown together. It was a song about easing loneliness, and I was feeling very lonely. The brittle performance of Ben Gibbard accentuated all of that feeling. It’s ultimately a song of enduring hope.

When did you first hear it?

My 16-year-old daughter was a fan for a very long time, and she and her friends would play it often—probably around 2009. It reminded me of the White Album a little bit, now there were unadorned songs of real beauty right next to bigger productions. Finally, like all good fathers, I said “What the hell is that?!?!” and they told me the song and group.

How did you approach doing the cover? Did you try to stay faithful to the original?

No, the original is perfect as it is. He’s locked into something with just voice and guitar that’s transformational—I saw no reason to try and do that again, plus the fact that I couldn’t. I approached the cover of it like Rod Stewart doing Tim Hardin’s “Reason to Believe.” Rod in the early ‘70s was maybe the great interpretive folk and rock singer, and would re-arrange things with a subtle touch. The thing I did quite differently from the original is that I left out the 2nd verse—it applied quite specifically to his youth and obscured my overall intent of re-imagining the song, plus it allowed for a beautiful guitar solo from Shane Fontayne. Sonia Lee played violin on it as well, so we really made it a full band version with bass, drums and a long, elegiac piano intro from Chris Plansker. It’s a song about the journey continuing, possibly, and is very moving. I love the piano intro all by itself—and it’s a one-off, a first take interpretation of the changes.

Have you heard any response from Gibbard yet?

No. But you usually only hear from people if they’re unhappy with something. So no news is good news. 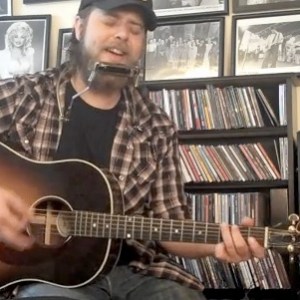 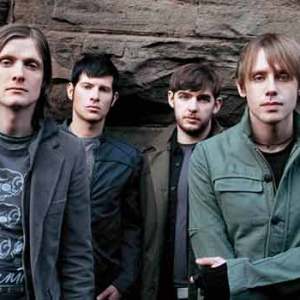