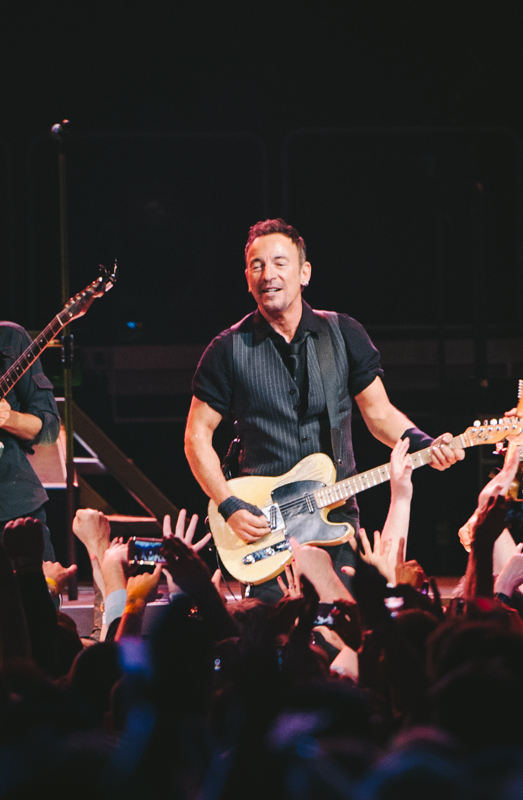 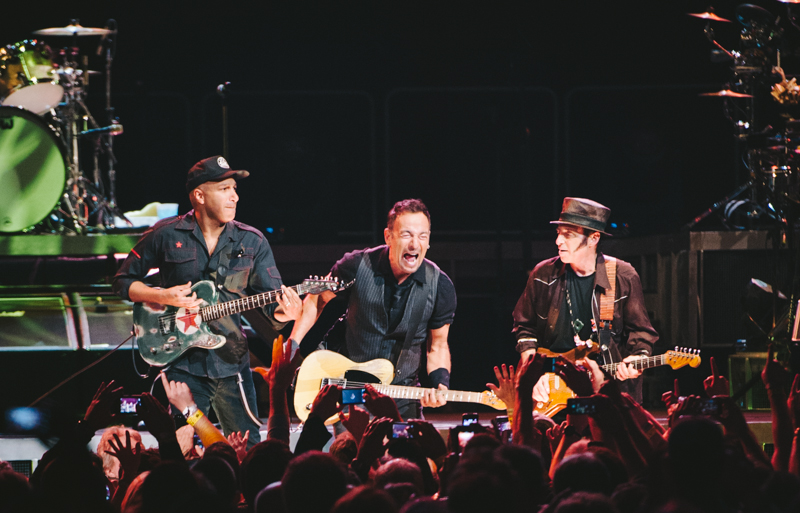 The songs from the last few albums are made for live performance. “High Hopes,” “41 Shots,” “Death To My Hometown” and “Shackled And Drawn” more than held their own among more classic material like “Badlands” and “Atlantic City.” “The Wall” was poignant, and while I’m not usually inclined to want to hear “The Rising” or “Land Of Hope And Dreams” on record, live, they definitely got the job done. 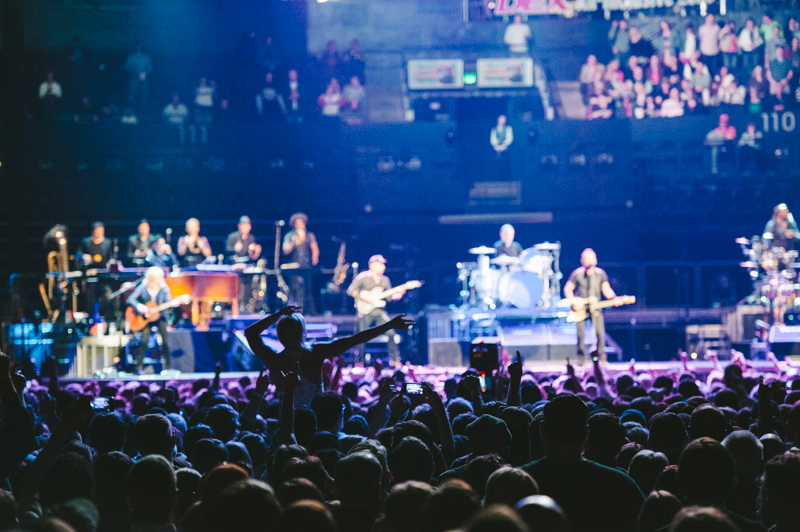 There’s nothing like going to a live concert. It’s not like going to the bank. Or anywhere else, for that matter. Everybody’s in a great mood and there to have a good time. No one’s fighting with their significant other, no one looks bored or impatient. Everyone is focused and in the moment and smiling. Or, as was the case during last night’s acoustic show-closer “Thunder Road,” rocking out in their own private bliss and singing along. 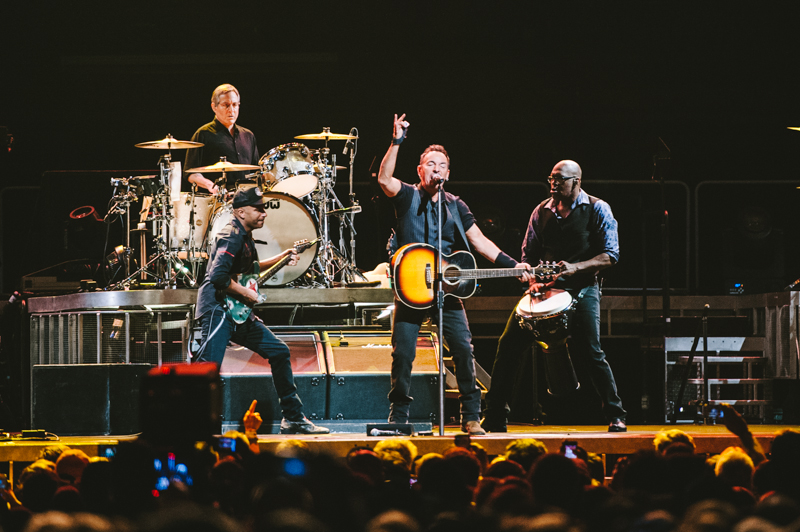 The E-Street Band could, and probably should put out an album of covers. Tonight, we got the Rolling Stones’ “Satisfaction,” Elvis Presley’s “Burning Love,” and the Isley Brothers’ “Shout.” Instead of being distractions, they were highlights. 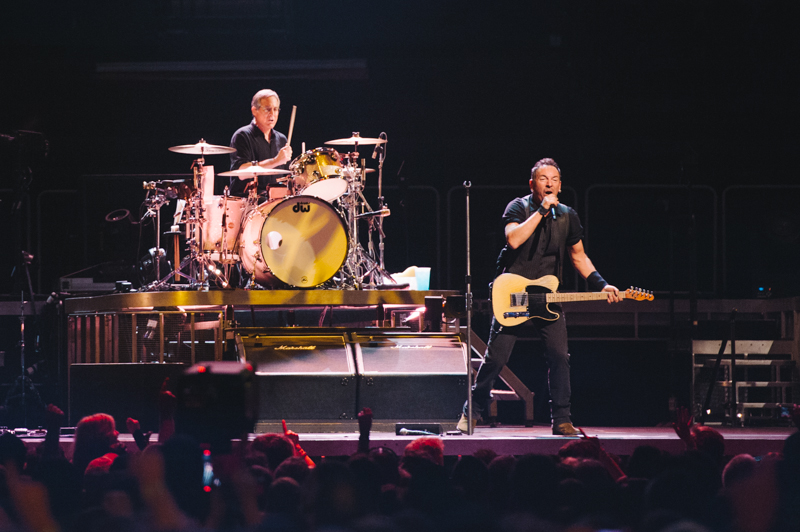 My wife, who couldn’t tolerate E Street Radio in the car and had never seen him live before, had the best show of her life. “I’m pretty star struck right now” she said, two songs in (it helped that we were seated right by the ramp, which Springsteen used to get closer to the audience). After “Hungry Heart,” she added, “This is the best concert I’ve ever seen.” Sweet vindication. 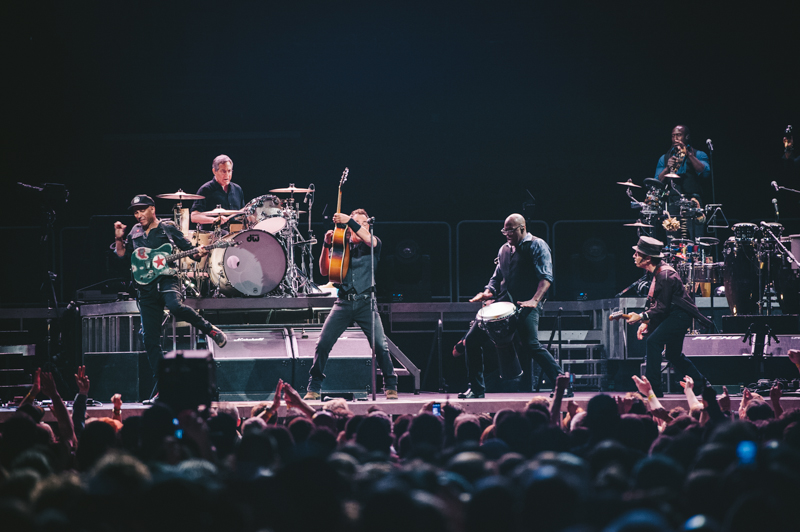 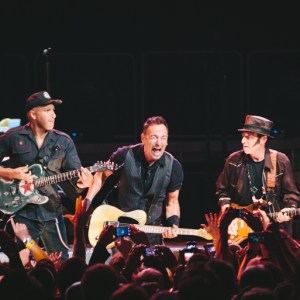 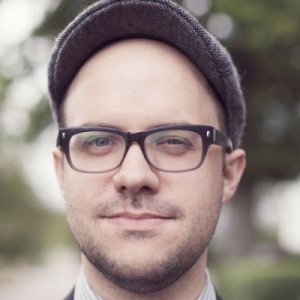