Releasing new music in the time of a pandemic is difficult, to say the least. For E.Z. Shakes, the lockdown has been surreal, yet they managed to still get an album out of it. In the midst of the pandemic, the South Carolina alt rockers continued putting the finishing touches on their upcoming release The Spirit (Pow Pow Sound), out Oct. 9.

“Like most, we had to take a step back and look at things differently,” says frontman Zach Seibert. “We put our time into writing, rehearsing when possible, and most importantly, promotion—things we normally have to squeeze in.”

Stepping into The Spirit‘s darker narrations on life, religion, and everything in between, “The Rileys” is a song, Seibert admits, was born out blowing off some steam. Sentimentally driven, the nostalgia and reflections burn deep on opening I aint’ got time to waste / getting older, “The Rileys” is E.Z. Shakes’ faith-fused anthem of past reflections, current hardship, and the ultimately perseverance through all the past and present ruminating throughout on Seibert’s gravelly delivery of I know you break down so easy / And it gets to hard when you’re coming down.

“I thought surely some people could relate to running out of time and needing to do the damn thing,” says Seibert of of the new single. “We spread our wings on this record in that there are some rockers and also some where we explore minimalism. This is somewhere in between, and we hope it reaches a broader audience.”

Recorded and produced predominantly by guitarist Furr at his studio with minimal overdubs added on while the band were on tour, once the sonic direction of The Spirit was in place, everything was handed over to Mitch Easter (R.E.M., Pavement), who passed The Spirit through for a final analog and vintage mixing treatment at his Fidelitorium studio.

The Spirit is E.Z. Shakes unraveling more of its psych-country experimentations. Wrapped in a shadowy folk soundscape “The Rileys” finds Seibert grappling with religion and making sense of a childhood bouncing from church to church, and other revolving reflections.

“My upbringing played a monumental role in my life,” says Seibert. “If I’m going to be honest as an artist, it’s hard to separate those personal experiences from my art. But I’m not out to proselytize anyone. These are personal stories. Hopefully, people can find some sort of hope in them.”

Even if live music is at a standstill, Seibert says he’s hopeful for what’s next, and E.Z. Shakes are still moving forward. Fortunately, he says, music is still very much alive, and there are a lot of online platforms for people to access music.

“It wasn’t too far in the past that a shut down of live music would’ve killed everything,” says Seibert. “We are fearful but hopeful, and we ain’t got a choice outside of moving forward or staying put. We’re moving forward and I guess we’ll count the cost later—God willing and the creek don’t rise.” 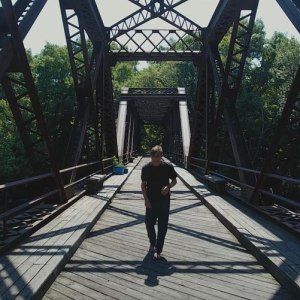 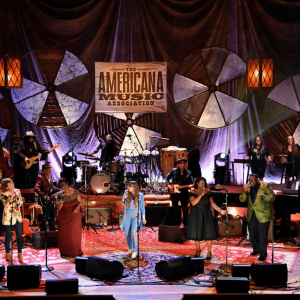