Faye Webster is a born-product of Atlanta, Georgia.

Literally born there in 1998, her upbringing around the vibrant Southern city’s spirit proved to be the perfect formula for shaping an inimitably talented songwriter. Known for a dreamy, pedal-steel-laced sound and poetic lyricism that expressively speaks to the experience of her generation—through a straightforward, candidly personal lens—her 2019 record Atlanta Millionaires Club rightfully earned her a devoted following. Impressively, considering her age, it was her third album, and it served as the primary launching pad for her unique blend of indie, country and just sheer classic song-smithing.

Now, Webster is back with her fourth studio album, I Know I’m Funny haha. Out June 25 via Secretly Canadian, the record is an exciting continuation of her signature style. From the stripped-back, chilled-out arrangements—complete with crisp guitars, vibey synth lines and Webster’s beautifully unique vocal timbre—to its wide array of palpable moods and catchy hooks, it’s a triumphant demonstration of a singer-songwriter on the rise. Channeling her thoughtful, down-to-Earth and, indeed, funny persona into the songs, they’re refreshing and radiant—and especially when those pedal-steel lines come in, it’s like one of those gorgeous orange and pink sunsets.

Perhaps part of why Webster has such an original and authentic sound is the fact that she started cutting her teeth as a singer-songwriter when she was pretty young. Raised in a musical household, it just came naturally. When she was just a kid, she started writing songs for fun—by the time she was a teenager, she was singing her tunes at open-mic nights.

“There was a point where I was doing a lot of open-mic nights just because that’s all I could do in front of people,” Webster tells American Songwriter. “I wasn’t getting real shows or anything. Eventually, I was at one of those random open-mic nights and my dad was like, ‘Hey, you have to have something physical to hand people when you get off stage.’ At first, I thought nobody would even want that, but then I just thought about it more and more. That’s what first led me to being like, ‘Should I record? Is that even a thing?’”

Not too long after that, Webster realized that yes, recording was a thing, which ultimately led to her pursuing her artistry on a whole new caliber. Putting out her first record, Run and Tell, in 2013, she spent her formative teenage years finding her voice. Looking back though, she sees getting into the groove of being a recording artist so early in life as a double-edged sword.

“Sometimes I look at it and I’m like, ‘Okay, well, I’m glad I had this experience,’” she says. “Like, I’m really glad. I wanted to do this from early on and I got the chance to give it a good start. But, sometimes I look at it and I’m like ‘I wish I could’ve started my career yesterday,’ like I wish I didn’t put out my own record when I was 16. But, I think that’s just an ‘artist’s perspective on their own work’ kind of thing. Overall, I’m very grateful, because, obviously, I wouldn’t be the same person or doing the same stuff if I hadn’t done all of that first.”

With that, Webster reveals a bit of her philosophy. “I kinda compare it to my friend, who’s a really talented photographer,” she continues. “He just literally hates some of his old photographs, but I have them framed in my house because they’re some of my favorite photos ever. But, he just sees them as old work, made with processes he left behind, he says ‘I could’ve done better.’ So, there’s this personal process—I think that’s every artist, eventually.”

By the time she graduated high school, Webster was already committed to her path… even if she didn’t quite know where it was going to lead. She opted to enroll at Belmont University in Nashville to study songwriting, but soon started to feel that maybe that wasn’t the best decision. It wasn’t too long until she dropped out and moved back to Atlanta.

“I’m really glad that I got the ‘college experience,’” Webster says. “I met a few of my best friends there—best friends to this day. But, I really didn’t like living in Nashville. I always love going there—every time we play there on tour, I’m super excited. But I feel like living there was just not for me. I don’t think I got what I wanted out of Nashville, especially coming from Atlanta. Honestly, I just really missed Atlanta. My time in Nashville didn’t feel as diverse as it did here. Here, I’m always being exposed to new things, meeting new creators. In Nashville, it was just like, ‘Oh, you’re in the same songwriting class too?’ We were all doing the exact same thing and it felt competitive instead of supportive. I guess part of that was because I was getting a songwriting degree… people aren’t looking to book you shows because you have a songwriting degree.”

In the end, just like Willie Nelson, that post-Nashville period proved to be an incredibly fertile time, creatively—that’s when she made Atlanta Millionaires Club. Writing some of the vibiest songs of the past decade with zeitgeist-capturing precision, the record ultimately proved to be a hit, putting Webster’s name on the tongues of indieheads and good music connoisseurs all over the world.

“It was really cool,” she said. “Things definitely changed after Atlanta Millionaires Club. It’s really cool that so many people still resonate with it. I’m glad that it was kinda my ‘introduction’ for the world, in a sense. Even though it’s my third record, it’s the one that people know, which has been nice. I really feel like that record is still such a good representation of me as an artist and as a human being. So, I like the fact that it was my introduction to the world.”

With millions of streams, the songs gracing Atlanta Millionaires Club truly did convey Webster’s knack for pure, earnest songwriting—a knack that’s only grown on I Know I’m Funny haha. The songs on this new release speak to her uncanny ability to remove the “middleman” from her process—which is to say: as soon as inspiration strikes, she tries to get the song out as quickly as possible without second-guessing or interfering.

“I have never been someone who was able to be like, ‘Okay, on Monday I have a writing session, so I’m going to go write a song that day.’ I’ve just never been able to book a time to do it,” she reveals. “It’s usually more so like ‘Oh wait, I wanna do this right now—I have to get this out.’ Some of the songs are edging on two years old, and throughout that time, it would be, like, I would write a song and then text everyone ‘We’re getting in the studio tomorrow.’ We’d record it, then we’d go home until next month when I wrote another one. I’ve always liked doing bits and pieces at a time just because I feel like then, I’m able to focus on one song at a time and put my all into that song, making sure it sounds exactly how it’s supposed to. And recording things when they’re more fresh just gives a more accurate representation of the original thought, like how it was supposed to sound.”

Likewise, despite the “genre-blending” nature of her music, Webster isn’t too hot on worrying about genre—rather, she simply follows her gut. “I really don’t think about it at all,” she said. “I feel like if you think too much about how you want something to sound—with anything, not just genre—it’s not going to… I don’t know, I just don’t like to put that much thought into it. I feel like if I did, then I’d be trying too hard to replicate what I was thinking when, really, it should just sound how it’s organically meant to sound. I really never think about that stuff. I also hate describing it.”

With I Know I’m Funny haha, Webster is building on a special body of work with one of the brightest contributions to an exciting new generation of songwriters, unbound by the same conventions and norms of the past. Still grounded in timeless sensibilities, the songs are rich, expressive and resonant. Reflecting on the journey she took to get here, Webster notes that she’s proud of her work.

“I like who I’ve become and the stuff I’m making today,” she said. “So, that feels really good, especially after you put all this work into something. I’m hopeful too because, hopefully, I’ll be able to play these songs live for people, like, for real. I’ve been thinking a lot about that. So yeah, I’m really excited about it all.”

Faye Webster’s new album I Know I’m Funny haha is out now and available everywhere. Watch the music video for “A Dream With A Baseball Player” below: 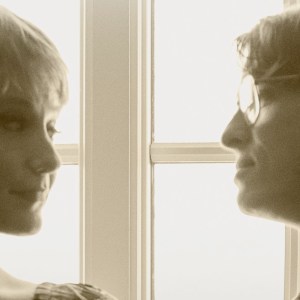 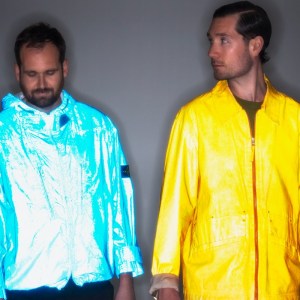