Leigh Nash remembers the day clearly. She and husband, Stephen Wilson Jr. were fighting. At one point, she slammed the door and said “I hate you.” Words she would later regret. The two regrouped and worked through their differences by writing “Made For This.”

Written during the pandemic, a time when many couples were faced with relationship challenges—living together during the quarantine—the intimate track reveals the not-so-happy moments that arise in a marriage, the universality of making mistakes and what makes us human.

“I wrote this song about the pandemic at first, but I realize it’s actually about all of us, the struggles we go through in everyday life, and the ability we have as humans to be truly resilient,” says Nash. “The pandemic simply served to put a magnifying glass on it and forced us to examine ourselves, and each other, more closely.”

Wilson adds, “The pandemic wasn’t easy on any relationship at times, I’m sure. We were no different. This song came from a very raw place. We love like hell and fight like hell, too.”

Produced by Butch Walker (Taylor Swift, Weezer, Pete Yorn), “Made For This” moves along pulsing drums with a revealing love story, told by two people entrenched in it, taking turns with Nash singing I hate you / She screamed as she slammed that screen door / That same screen door, she slammed a thousand times before and Wilson Jr. revelatory, He said I want to be right but I should’ve listened / Should’ve said the words that are staring at the walls where they were written / A thousand times before.

“We fight a lot, and I think for a lot of couples, this past year was a real test,” says Nash. “Obviously, people were cooped up together, so it’s gonna go one way or the other, but I think we did really well. We are a couple that’s the same in a lot of ways, but really different. Plus, we’re also in the same business, so I think that can sometimes cause friction.”

Reading an excerpt by Jamie Lee Curtis, written about her longtime marriage to Christopher Guest, who described longer relationships as “if you stay on the bus long enough, the scene will change,” Nash shared it with her husband a few nights before their “big fight.”

“I just said ‘let’s just hash this out and write a song, because we’re not made for this,’” says Nash on the origin of the title. “We’re just not, and it doesn’t have to be this way, so we spread a blanket out on our big old lawn, and wrote. The song came out quickly, within an hour, and we had it buttoned up, then had it stuck in our heads.”

Their self-proclaimed “fiery marriage” still intact, Wilson Jr., who has has written songs for Tim McGraw, Trace Adkins, Brothers Osborne, and Old Dominion, is working on his own solo material, while Nash, who released three previous solo albums—including The State I’m In in 2015 and Get Happy EP in 2020—has a fourth ready for this fall, and released “Good Trouble,” an ode to the late civil rights activist John Lewis in 2020.

“I feel like I have more bandwidth for turning my thoughts and emotions into music and have written some more now that I’ve had my shots,” says Nash. “It seems like the vaccinations have made me feel safe to write songs. I really respect artists that dug deep during that year, and during that silence, but it wasn’t in my personality to do that.”

She adds, “The really hard stuff makes the really beautiful moments even more powerful and beautiful.”

Nash is excited for what’s to come, and proud of her nearly 30-year career since forming Sixpence None the Richer with Matt Slocum when she was just 16.

“I’ve just never known anything else, other than music since my childhood,” she says, “because I started so young.”

Nash, who soon turns 45, adds, “In so many ways, I still feel like a kid. Maybe it’s a state of arrested development. I feel young, and I feel like there’s so much more that I want to say and do, so I just say my prayers and go on to the next thing. I’m excited about the future.” 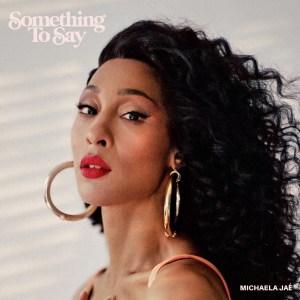 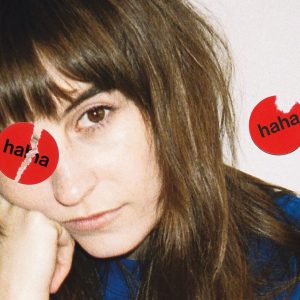